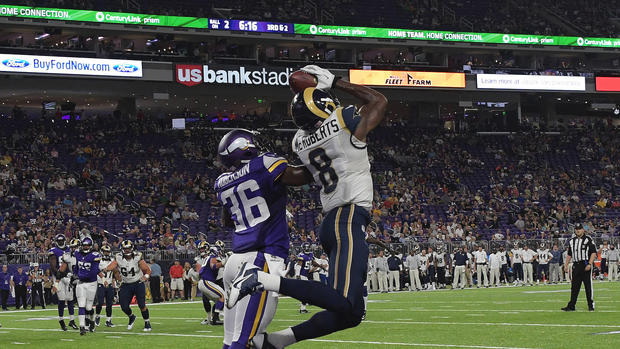 The Rams have announced that Bradley Marquez will placed on season ending injured reserve and with a spot that was already left open. The Rams will fill that spot and Marquez’s spot with WR Paul McRoberts and RB Aaron Green.

Both of these players flashed potential in the preseason. McRoberts is most known for his fumble and how he felt his NFL dream was over on Hard Knocks. Well, now he’s getting another shot to prove himself. With the wide receiver position as thin as it’s ever been McRoberts will definitely play special teams and might see the field on offense. As far Green, he is filling in for the void Benny Cunningham left after being place on season ending IR.

It’s nice to see interim HC John Fassell making these moves and trying to get the young guys a shot quickly before the season ends. McRoberts and Green can make a big impression for next year if they play well to end the season.

The fact of the matter is in a lost season, fans are looking for anything to get excited about and it should be exciting to see McRoberts and Green in action this Saturday and next week.