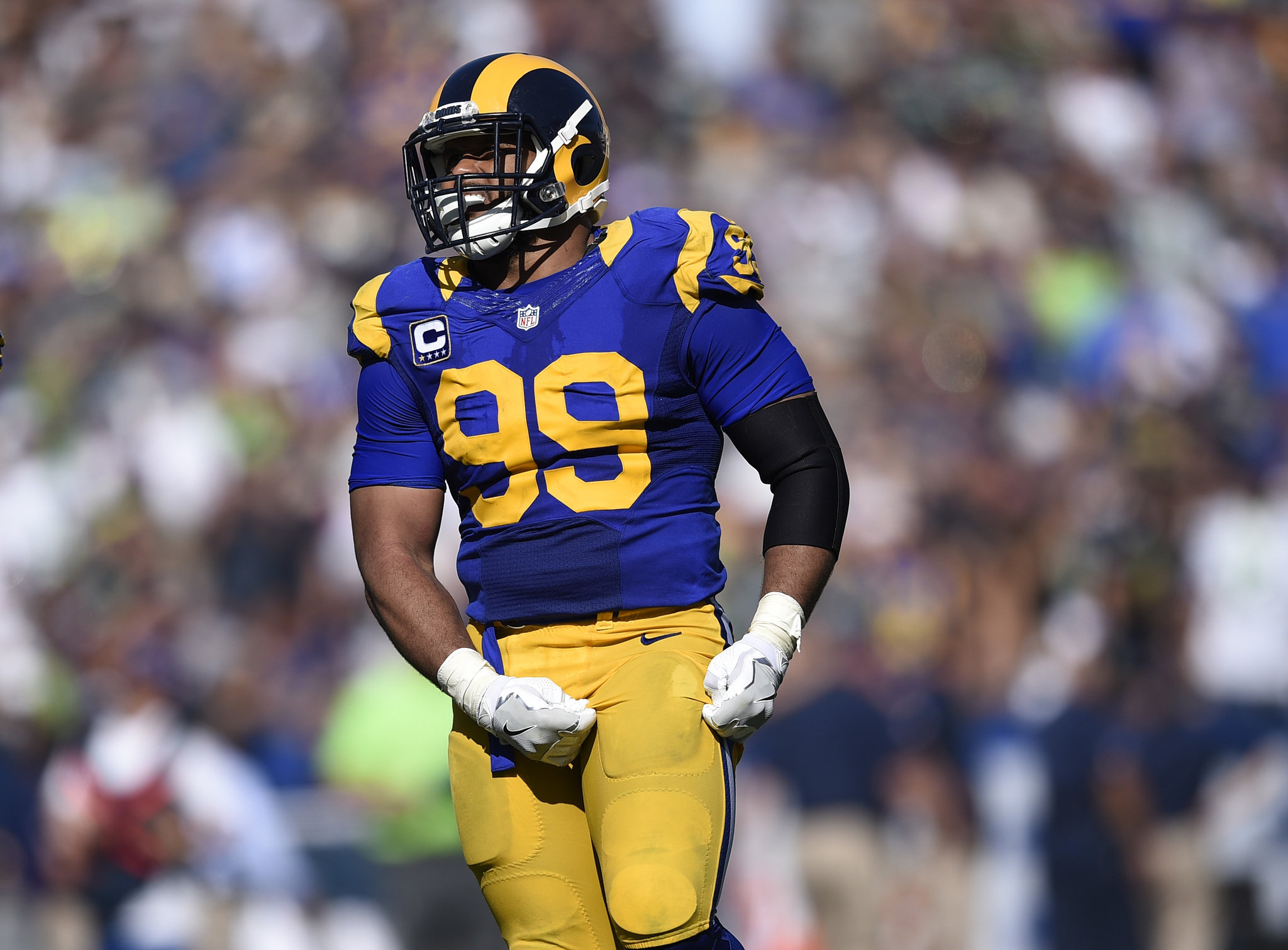 The NFL has officially announced the Pro Bowl roster and the two best Rams players to no surprise were named the starters for the NFC squad.

For Aaron Donald this is his third straight Pro Bowl appearance and he’s the first Ram since Torry Holt to go to the Pro Bowl three-straight times. Donald is quite honestly the best player in football and even though the Rams lack of success has hurt him with national recognition. Donald still continues to grow in popularity.

Johnny Hekker makes his third Pro Bowl (should’ve been his fourth). After being snubbed in 2014. Hekker has been a game changer for the Rams and even though they only have four wins on the season Hekker has stopped the bleeding on more than one occasion and even arguably led the Rams to a win in New York back in November versus the Jets.

Those were the only Rams who netted such honors and placement. Among the rest of the Rams roster the only snubs you could really argue were WR Kenny Britt who has more yards and the same amount of touchdowns with less talent at QB than Larry Fitzgerald, FS Maurice Alexander who had a great season in replacing former starter Rodney McLeod and lastly WR Bradley Marquez as a special teamer.

All in all that was really it for the Rams in what has been a gigantic disappointment of a year. Pre season predictions found Todd Gurley as a lock and even Tavon Austin squeezing onto the roster, but it goes to show you what can happen when the season unravels.

Just the other day the Rams were 3-and-1 and I was writing about how they could steal the NFC West division. Now, weeks later they have only won one game since that start and their HC has been fired. Crazy how the NFL works…