Why the Rams should consider Gus Bradley as next Defensive Coordinator 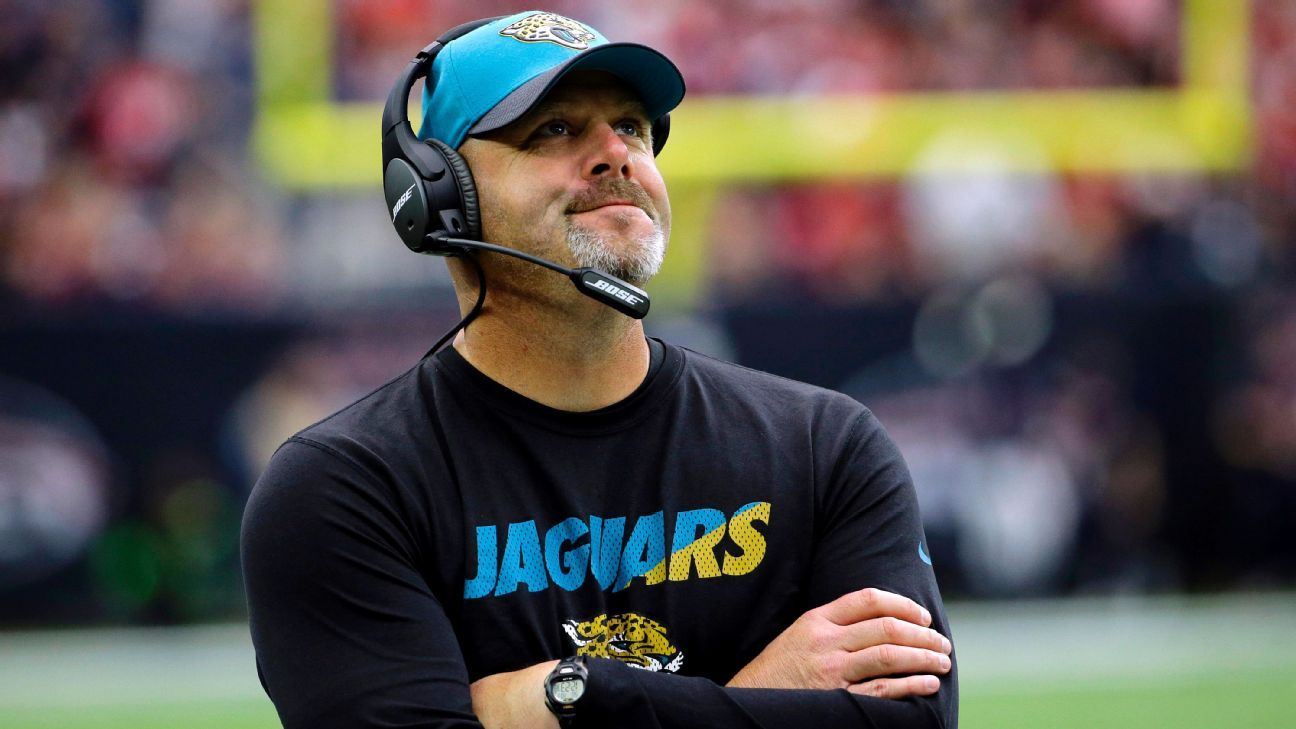 It has been 24 hours since Gus Bradley was fired as Head Coach of the Jacksonville Jaguars. He may not be thinking about what’s next for him right now, but we are. Is Bradley another Defensive Coordinator who is only meant to be a Coordinator? It appears that way…

Bradley won 14 out of 62 games as a Head Coach. That is brutal, but to his credit this has been a pitiful Jaguars team ever since Jack Del Rio left. Bradley did have what many, including myself would call “a lot to work with”. Jacksonville’s team has been improving yearly…or at least it was until this season. We really don’t know what went wrong.

Bradley’s defense (which is his bread and butter) gave up the seventh fewest yards per game. Bradley actually had his defense going in the right direction and looking like a future Seattle-type defense everyone expected Bradley to create. The offense however, not good.

It’s funny the similarities between the ex-Rams HC Jeff Fisher and Bradley. Both know defense very well, but clearly don’t know offense. Was that Steve Spagnuolo’s downfall in St. Louis? Or Linehan’s on the defensive side of the ball in St. Louis? Perhaps.

Bradley is most likely not a HC, just a really good Defensive Coordinator and that’s okay. As a matter of fact we might have a spot for him with the Los Angeles Rams.

During Bradley’s time as an NFL DC with the Seattle Seahawks started off rough but in time he was able to significantly improve his defense. In 2012 they averaged only 15.3 points allowed per game. He clearly had something clicking in Seattle and that’s what got him the Jaguars coaching gig.

Why should the Rams go after Bradley? Well, first off Gregg Williams isn’t very good. Now, he’s not Tim Walton bad at his job, but he’s just not very good and is clearly carried by the players on his defense. What makes Williams an average at best Coordinator is his reckless behavior. Even with bountygate aside, this guy has ruined defenses. For instance the proof is in the pudding with the Rams. Every game you watch Williams recklessly blitzes and unnecessary amount of times and players.

Bradley as his replacement would be just what the doctor ordered. He would have the personnel to re-create the Seattle defense or at least partially re-create it, he has the discipline to know when and when not to blitz. Bradley even runs a 4-3, so the system and the players now would not interfere with the plans of his or vice versa.

Bradley is going to want to shoot his stock back up and the way to do that is going to a team that has the personnel in place to succeed. The Rams and Gus Bradley are a match made in heaven. Bradley also knows the NFC West very well, having coached in it for years. Dan Quinn may end up being the best HC candidate out of Seattle, but Bradley may have been the better DC overall and he has the hardware to back that statement up. Regardless, the Rams need to go Offensive-minded at HC and find a 4-3 base schemed coordinator like Bradley.

The Rams are in a rough position now, but if they start to sculpt the right coaching staff the turnaround of the Los Angeles Rams might not be as far away as many are saying.

Could Todd Gurley share the same fate as Jerome Bettis, and be traded early in his career?