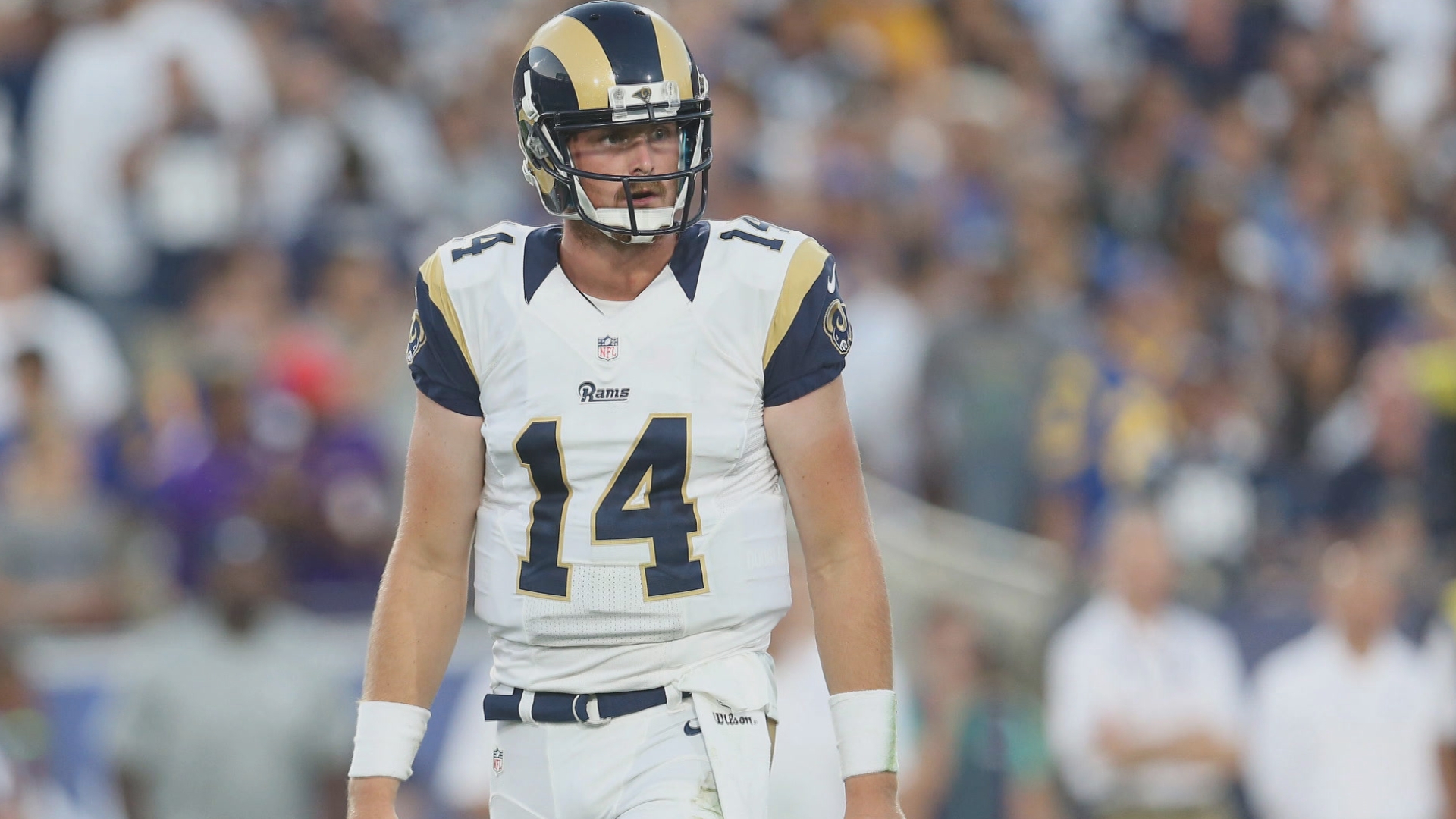 It seems as though every Rams fan is picking a side either Jared Goff or Sean Mannion. Well, for those still riding the Mannion hype train from pre-season, good news awaits.

Interim HC John Fassell has said if Goff is out he would like to get Mannion some reps, even going on to say “Case would understand”. This is great news for the Rams faithful who clearly are aware that there will be no football in Los Angeles come late January. It’s time to see what the Rams have in Mannion.

Goff has looked the part of a solid potential franchise QB you can develop. He has shown the ability to respond in the pocket, keep his eyes downfield, scramble, make the deep throw and the ability to use his feet to step up in the pocket. While Goff has shown shoddy accuracy, too much aggressiveness scrambling the ball and wobbly passes he has overall shown there are many good qualities that he possesses and that he can overcome the bad trends.

With that being said we know nothing about Mannion. He went 6-7 for 31 yards in the regular season and showed some flashes in preseason against third-string players. It’s time for Mannion to show his stuff regardless how bad his offensive line is or not. Ex-HC Jeff Fisher never would have started him and for all the wrong reasons. Fisher wouldn’t have wanted Mannion to play well and make the Rams look bad for trading the farm away for Goff.

This Saturday if Mannion is in fact named the starter a QB controversy could loom. What if the next regime in L.A. prefers Mannion over Goff? Something to think about as we wind down another losing season for the Rams. Will they ever find their answer?

Could Todd Gurley share the same fate as Jerome Bettis, and be traded early in his career?