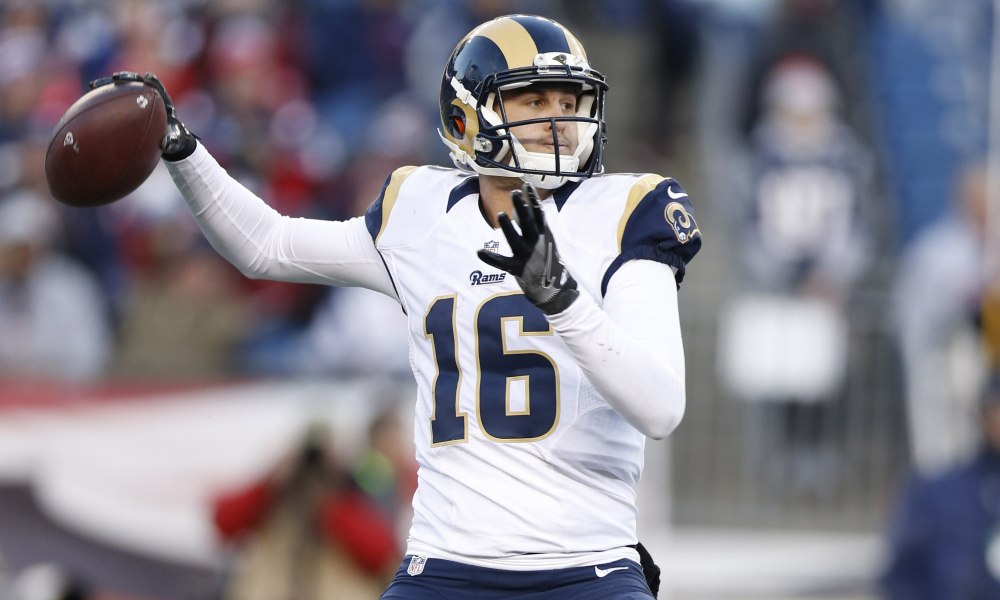 The Rams are in for a blowout at the hands of an angry Falcons team that just lost their division lead after a rare pick-two versus the Chiefs. Not so fast says NFL.com who predicts that Jared Goff will lead the Rams to his first win as the starter. Goff is going head-to-head versus the QB most, including his own HC Jeff Fisher compares him to QB Matt Ryan.

It should be a good game, but unfortunately even if the Rams do win, it’s pretty much too little too late. Regardless, anytime national media says good things about the Rams we like to showcase it because it’s a rare occurrence. The Rams are four straight wins away from Fisher having his best season as HC of the Rams shockingly enough.

Obviously, without the draft pick in the first-round there is nothing to gain with a loss unless maybe Fisher’s job security goes into more doubt…He’s still likely being fired anyway and that won’t come until the end of the year.

As far as NFL.com’s bold predictions go they are normally never correct, but 300 yards for Goff isn’t impossible. As for Rams fans it’s time to kick back, relax and enjoy the process of developing Jared Goff for the future and maybe play spoiler to the Falcons while the Rams are at it.

The complete 2017-18 L.A. Rams blueprint to get over the dreaded playoff drought