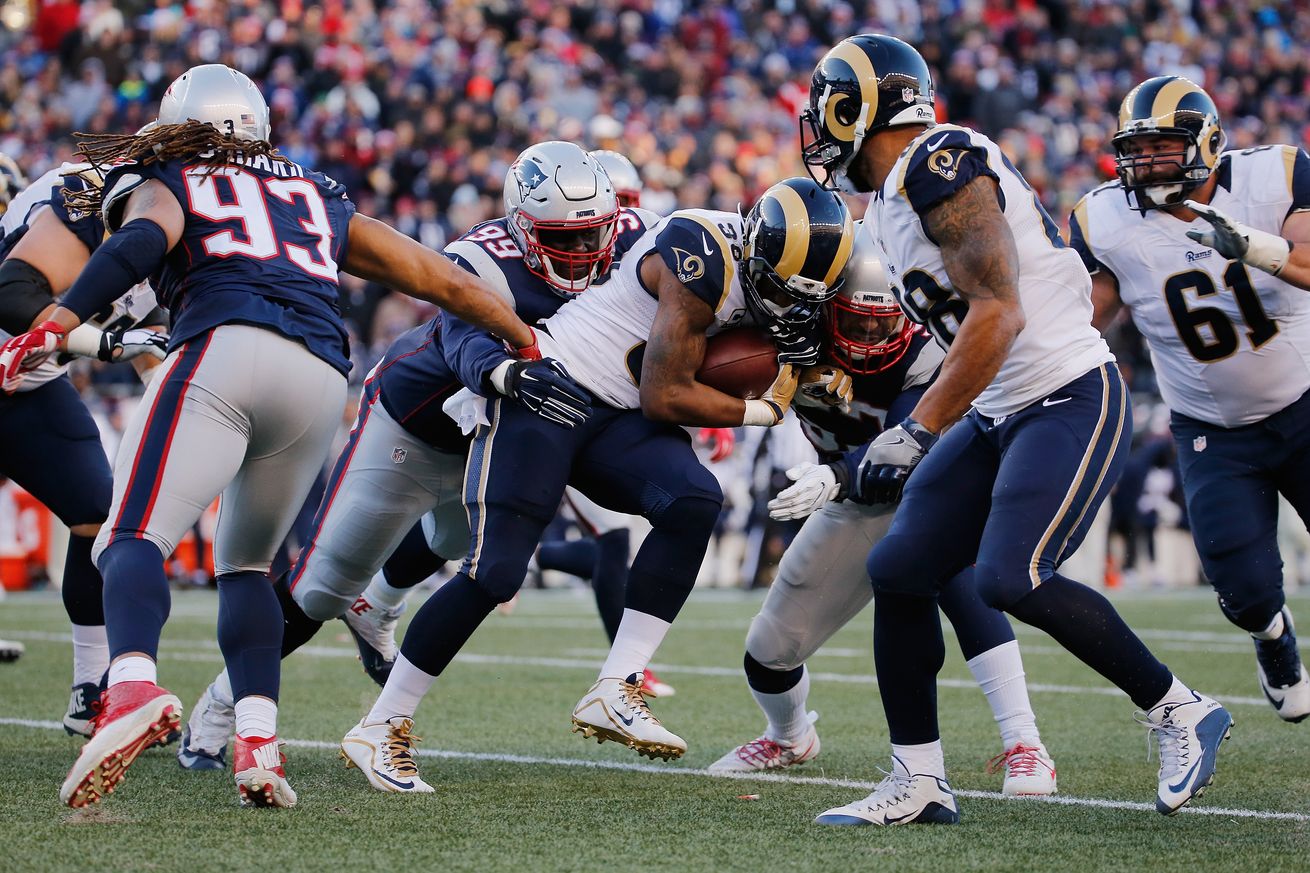 The Patriots defense, which had been blitzing for majority of the game, signaled for line-backer Hightower for a blitz, in which he had been initially blocked by Rams guard Cody Wichmann. It appeared that Hightower had disengaged himself from the block of the Rams guard, was running free as Gurley stepped up to cut the legs from under Hightower saving Rams quarterback Jared Goff from another defensive sack.

Despite already having a disappointing season rushing, seems as if more trouble mounts for Gurley, as the league office accessed the fine of $9,1115 for the illegal block. In my opinion, it didn’t look as blatant or vicious of a block. The timing may been premature, but Wichmann hands were still slightly engaged with Hightower as the linebacker beat through the gap. While Hightower was upset during the game, pointing towards Rams players, he said after the game that he spoke with Gurley and didn’t believe it was intentional.

There has been no word as of yet whether or not Gurley will appeal the fine. But, to say the least, perhaps this will make Gurley run angry tomorrow afternoon against a soft Atlanta Falcons run defense.

Colin Cowherd: "Jim Harbaugh to the Rams rumor is a very real thing"