Colin Cowherd: "Jim Harbaugh to the Rams rumor is a very real thing" 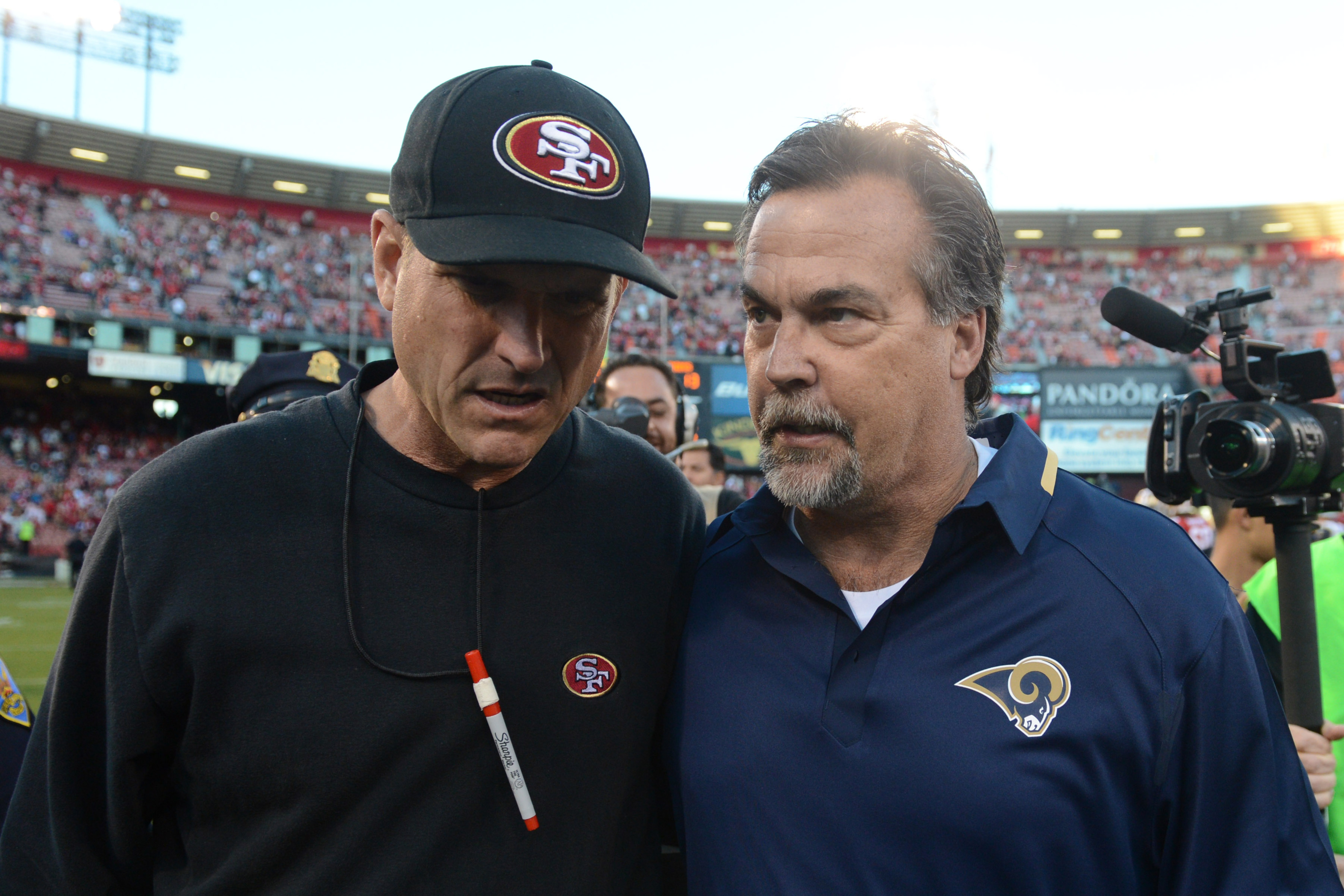 Jim Harbaugh is never coming to the Rams. Or is he? Yesterday, on Colin Cowherd’s podcast he had NFL analyst Albert Breer on his show to talk about the dysfunctional Rams organization. What was interesting is on Breer’s way out of the podcast he said something off the microphone to Cowherd. Cowherd said “Jim Harbaugh to the Rams rumor is a very real thing”.

Isn’t this a pipe dream? Harbaugh is never leaving Michigan right? Well, not putting a huge amount of stock into Cowherd’s words, but it’s still interesting that Breer said that to him. You can listen to the full podcast here:

Cowherd had this to say about the situation:

“Did the horrible officiating at Ohio State feel small to Harbaugh? Did he feel like something was robbed? He didn’t get voted into the final four, the terrible officiating, how does that sit with Harbaugh? Does it bother him? I don’t know. I’ve said this before, I have never figured out, how you only pay five to six million for a great NFL Head coach. You take Belichick out of the Patriots especially now with Brady leaving, it changes everything. You pay Belichick 20 million a year if you have to. You pay whatever it takes because life without him is tougher.”

“Los Angeles, this Rams team is dying here. This is Los Angeles, they’re on a radio station that makes them sound like a second-class citizen. They don’t even get talked about, their not as big as the Lakers or USC. I mean they are a step child in this town as part of the media. I”ll tell ya, you got to get out of that boring lane. You could lose, but if you lose and you were rebuilding and captivating, that’s a different ball game. Who’s out there right now? If you’re the Rams and you are going to get rid of Fisher, who is out there? Harbaugh’s got to be at the top of the list. Who else is out there? Jon Gruden? He’s been out of the league for 10 to 12 years. I mean, I think Josh McDaniels could be really good, but his profile’s rather small especially on the west coast. He was in Denver briefly, the Tebow coach and fail. I think you could bring Mike Shanahan in and he would bring his son Kyle Shanahan and if they came to Los Angeles that would work and you could bring Jim Harbaugh, that would work. Maybe a Jon Gruden is worth considering. But, right now the Rams are bad and boring and this is Los Angeles and it’s not working. I think Mike Shanahan for three years and then Kyle takes over after that makes a lot of sense.”

Besides all the rambling, Cowherd point out something pretty interesting about Harbaugh. There is some steam or some ammunition to leave college. If he does feel like he was screwed, maybe coming back to the NFL for a team that has already been pretty much built up for him would be the right move. This the man that took Colin Kaepernick to the Super Bowl, now just imagine if he had a QB like Jared Goff and a defense that could play his brand of football.

The complete 2017-18 L.A. Rams blueprint to get over the dreaded playoff drought