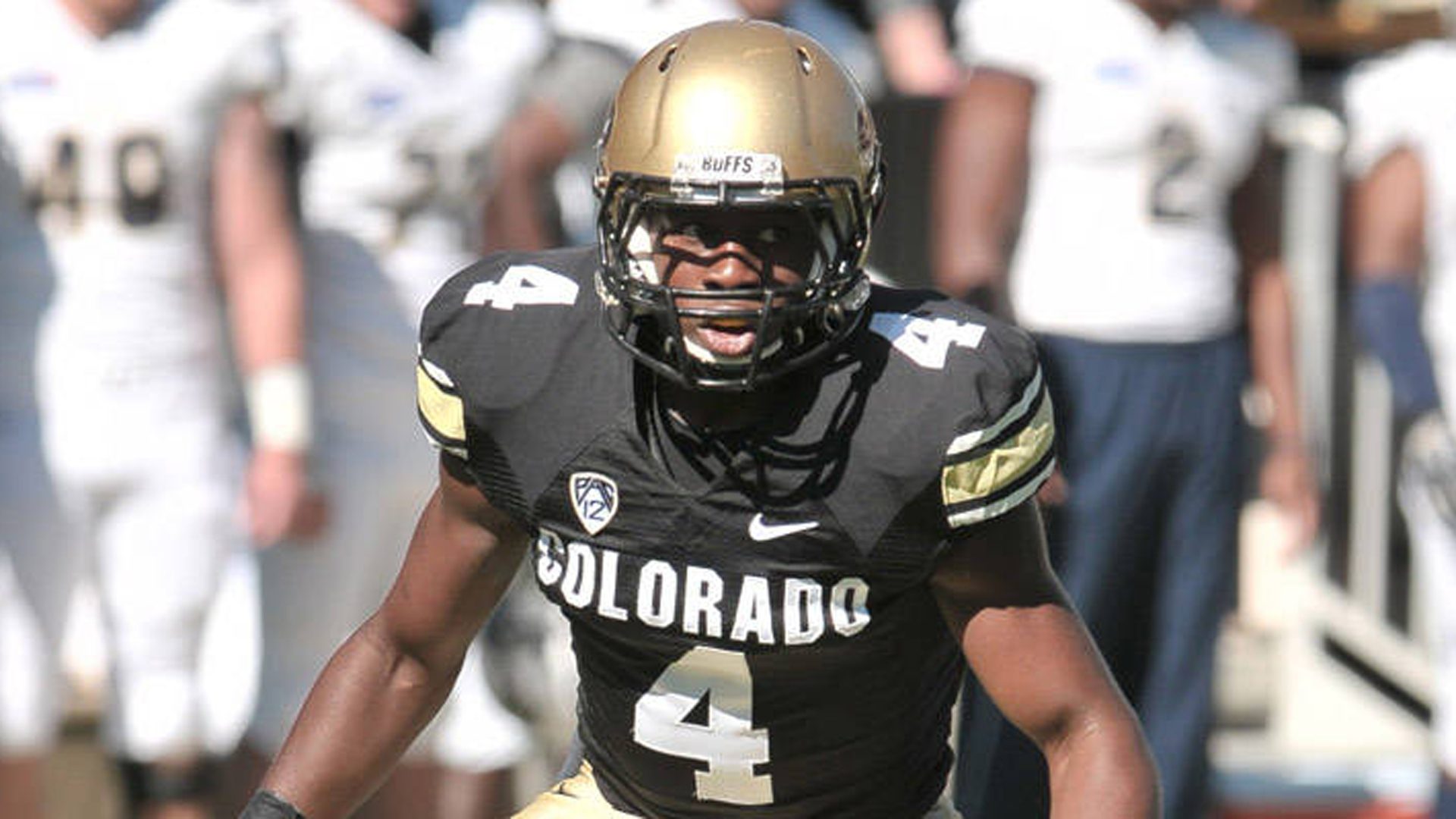 The Rams are 4-6 and we are going into week 12 of the 2016 NFL season. Unfortunately, the Rams haven’t quite had the season many have hoped for. Also unfortunate, the Rams traded their first-round and third-round pick next year in the trade to acquire a possible franchise QB in Jared Goff. Whether Goff has played or not (and he hasn’t). The Rams are going to be without their first-round pick. So without further a do here are some players you should start following as possible targets for the Rams second-round pick. 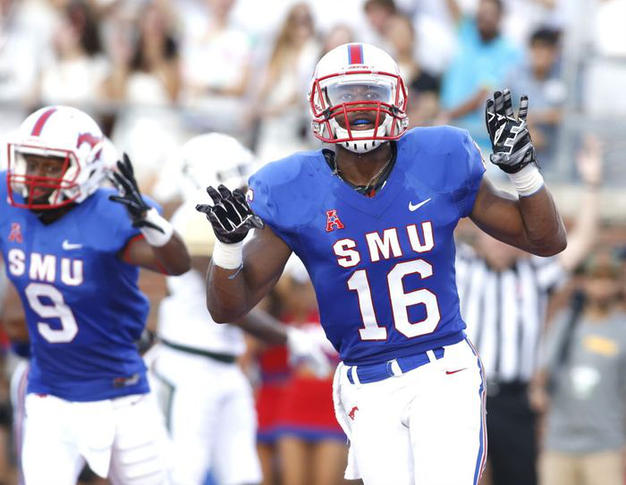 The first target in the second round is a player I have had my eyes on from the very beginning of the season. Red-shirt sophomore Courtland Sutton has been on a mediocre SMU team, but regardless of the circumstances he has looked like an NFL level talent. Sutton put up some good numbers this season at SMU catching 76 balls for 1,246 yards and 10 touchdowns.

Sutton, being a big guy and all doesn’t lack speed like big bodied WR Laquon Treadwell lacked last year. Sutton could easily shoot up into the first round, but right now this is his valuation in my opinion.

So why do the Rams draft him here? Try this on for size. Brian Quick and Kenny Britt are free agents at the end of the year. Let’s put it this way if you don’t think they are a big deal; they make up 54.8% of the passing game. (even though most of that is Britt) Sutton would need to replace one of them at least.

It doesn’t seem intelligent to think this guy won’t shoot into the first-round. However, he may not, nothing is guaranteed. Ramscyk needs to be the pick for the Rams if he falls to their spot in the second-round.

He absolutely  would start at LT over Greg Robinson. The thing with Ramscyk is that he isn’t some crazy physical specimen that needs development. He has shown he can keep up with all sorts of pass rushers, something Robinson can’t do. Ramscyk could end up being the start of something special for the Rams if he falls into the second-round. Goff wouldn’t have to worry about his blindside anymore. 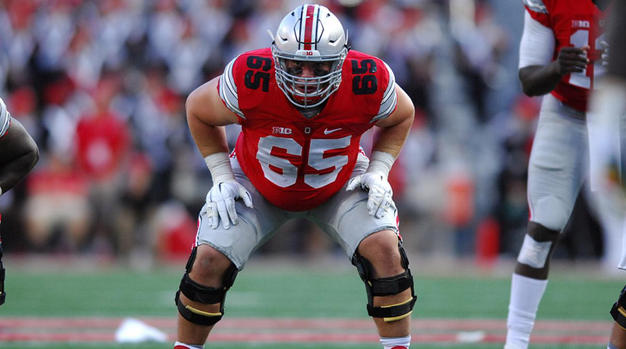 When will enough be enough? Tim Barnes is the Rams starting center now and he is atrocious.

Insert Pat Elflein who would again, be an instant upgrade over the hapless Barnes. Elflein seems like a more NFL ready version of Barrett Jones. Yes, the Rams drafted Jones and he didn’t pan out, but Elflein is nastier than Jones. The key is Elflein’s versatility.

Elflein is another big 10 conference stud, but he’s not all this conference has to offer. 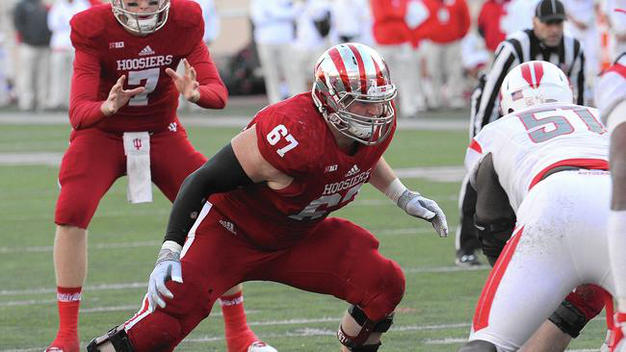 Sick and tired of watching the Rams offensive guards get blown up? Do you feel as that the Rams have yet to replace the mean tough nose play of Harvey Dahl? Well, here’s your man. Dan Feeney is a mean guard. He could very well sneak into the first-round, but he is a guard so that could help the Rams cause.

Feeney would be a day one starter and would likely give the Rams a type of plug-in-play starter they had in 2015 with Rob Havenstein. The Rams mass-drafted an offensive line. Unfortunately, that doesn’t work and the Rams have been incapable of developing a sound offensive line to protect their young QB Jared Goff and open up run lanes for Todd Gurley. 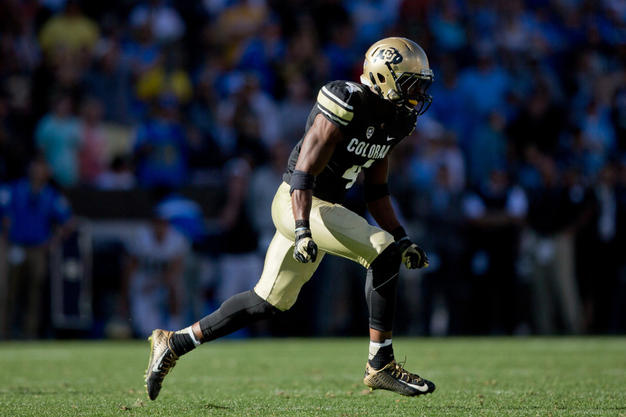 Last, but not least. Chidobe Awuzie. You may have heard of him before, he’s pretty good to say the least. He finished with 11 pass breakups, one pick, two forced fumbles and even four sacks.

Awuzie is physical and has excellent and instinctive hands to make the big play on the ball. With the way E.J. Gaines has played, I believe it’s time to think about other options and even if Gaines ends up fixing his woes. It doesn’t change the fact the Rams still need to pay Trumaine Johnson who was franchised this season.

Awuzie next to Johnson would be an even better duo than Johnson and Jenkins. Awuzie is that guy you will hear about and remember he wasn’t talked about like the big name corners. Teams will regret passing up on this guy. In my opinion Awuzie is the type of CB you will be seeing in the Pro Bowl. Awuzie to the Rams could be a game-changer.

Overall, it’s still very early as the Rams are only in week 13. Many of these college prospects could improve or plummet their draft stock between now and the draft. It would obviously be way more interesting if the Rams had a first-round pick, but right now it’s just best to try and look at the possibilities in the second-round.