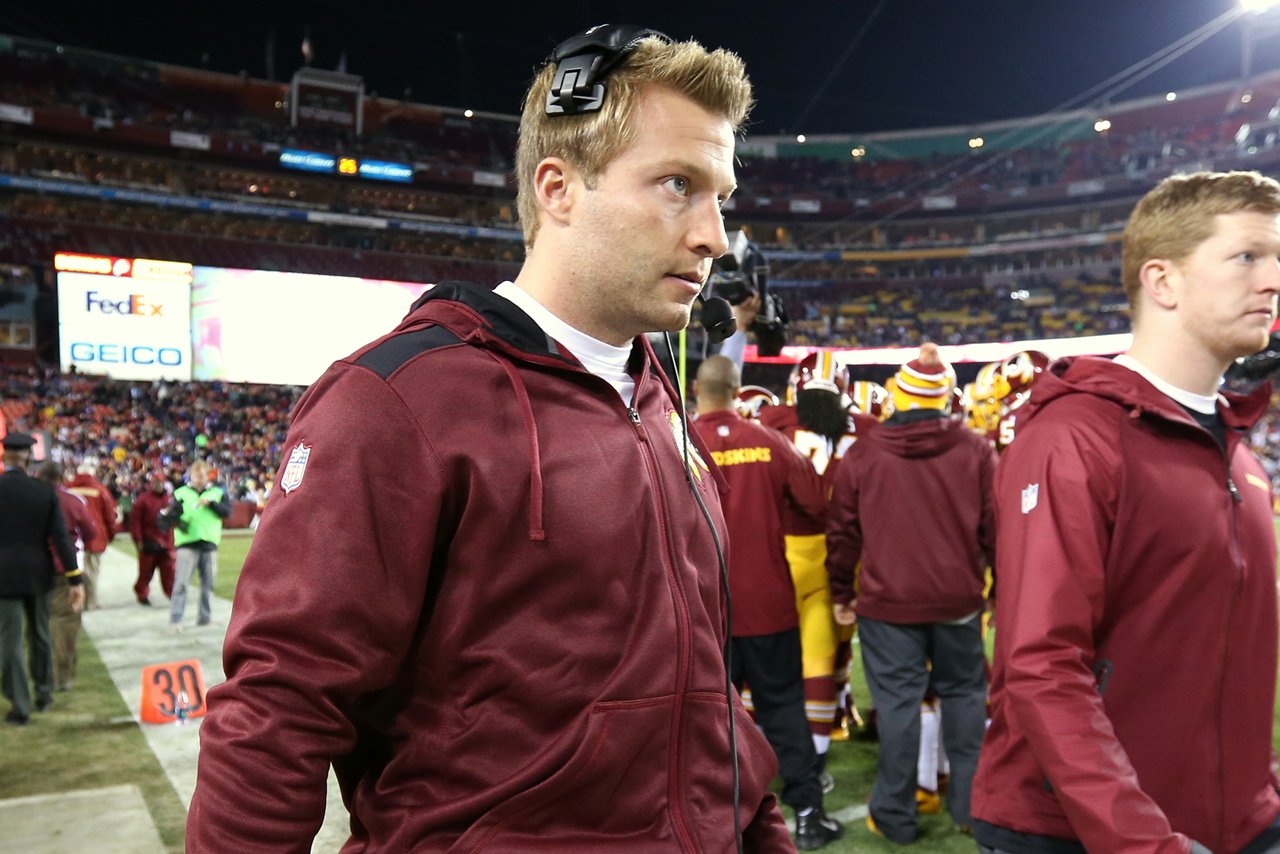 It is week 12 and unfortunately Rams fans all over the world are looking at possible head coaching candidates. Not quite the fairy tale start to the Rams return home to Los Angeles, but nonetheless here are some candidates that should be considered if and when Jeff Fisher is finally let go. 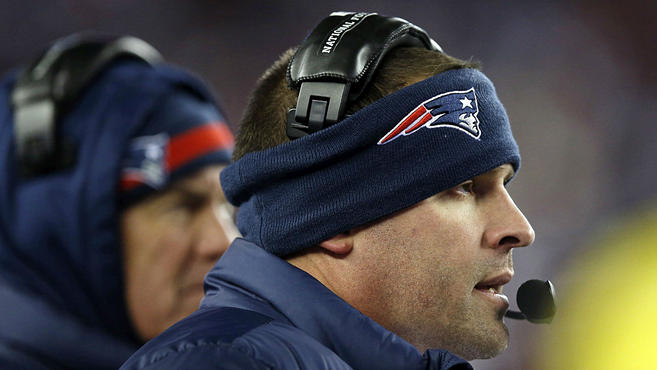 The former Ram Offensive Coordinator didn’t quite have the success in St. Louis that he’s had in New England. McDaniels though had to deal with multiple injuries on the offense and quite possibly the least talented team he’s had to coach on. McDaniels at this point has already failed as a Head coach, but this time if he were to join the Rams he would have a great defense that is coordinated by coach Gregg Williams and an offense that has pieces already in place.

The key is that with the Rams, the combination of an owner like Stan Kroenke who lets the football oriented guys handle the football operations, General manager Les Snead who has shown he can co-exist with a HC that has team control and a QB like Jared Goff he can develop around. Things didn’t go well with the Rams originally, but here in round two the Rams would have much more to offer for McDaniels than they did in the past. 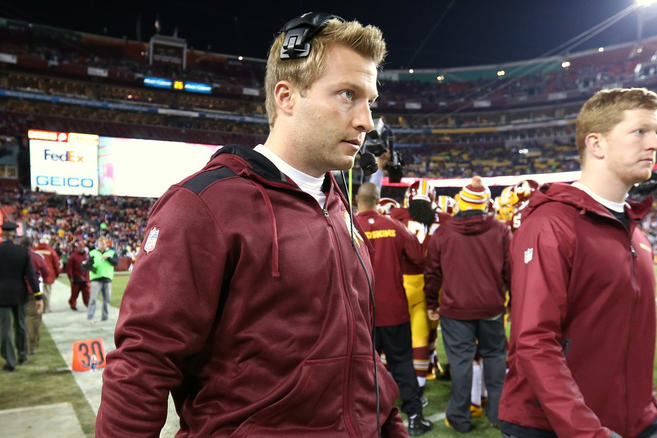 This is the name to watch out for. Sean McVay has not been talked about at all as a potential Head coach, but the 30-year old budding star has QB Kirk Cousin and company rising to new heights in Washington. McVay’s offense is first in the league despite not having a top five QB, not having an elite RB, not having a great bunch of receiver. Yet, everything is going right for the Redskins offense. They are 6-4-1 and Cousins is leading the league in passing yardage. McVay is the successor to another candidate named below Kyle Shanahan, but he’s arguably done a better job than Shanahan with the Redskins.

Again, he’s 30-years old so the Rams might not want to roll the dice on a youngster like that, but McVay could be the next Adam Gase type of coach. For a team that has passed on many of these young up-and-coming coaches this might be the right move. McVay has turned Cousins into one of the best young arms in the league. McVay could do the same for Jared Goff. 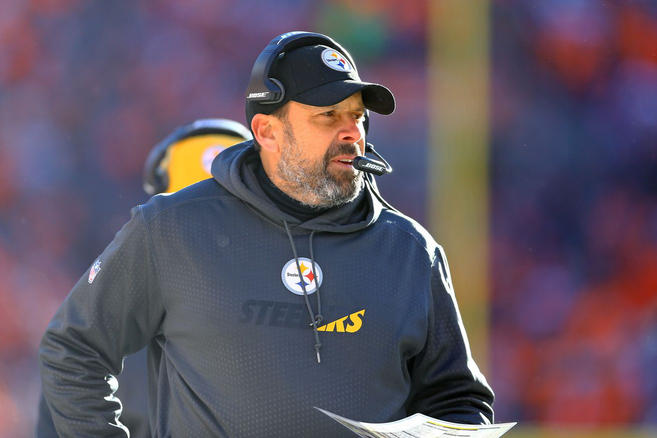 There’s not only one former Head coach on this list. That’s right the former Kansas City Chiefs HC Todd Haley is definitely a candidate. Haley is with the Pittsburgh Steelers now and he has done wonders for the Steelers offense. Haley has arguably done a better job of assisting QB Ben Roethlisberger than former Offensive coordinator and now Arizona Cardinal HC Bruce Arians. Haley has been figuring out ways to get all his players the ball and continues to be one of the more creative OC’s in the league.

Another OC that could really help out Jared Goff in the long run. Even though Roethlisberger had been in the league years before Haley. All the sudden he looks to have been getting better over the years and Haley has a lot to do with that. Haley didn’t quite work out the first time as a HC, but he has since significantly improved his resume and his stock to the point it would make a ton of sense to interview him for the Rams HC spot if it is open. 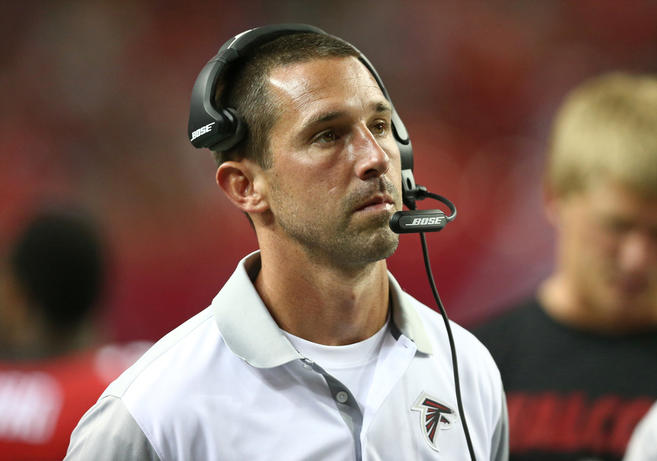 After looking like a possible Head coaching candidate post-Redskins OC job. Shanahan’s stock plummeted after accepting the job as the OC for the Browns. He struggled to get anything going, but to his defense so did everyone in Cleveland. Shanahan is now with Atlanta, and is making his presence known. He has improved the play of QB Matt Ryan and has not just improved, but elevated his play to new heights this season. Ryan is in the MVP conversation this season and the Falcons are in the playoff hunt as they lead their division with a record of 6-4.

If Shanahan came to the Rams he would have a chance to work with a QB who is compared to the one he’s working with now. Jared Goff could use a coach that understands the offensive side of the ball. Shanahan would be a solid choice in that department.

Another coach on this list that has experience with the Rams. Ken Zampese actually worked for the Rams in 2000-2002 with Mike Martz and the Greatest Show on Turf. Zampese is starting to heat up as a potential Head coaching candidate. He has been the QB coach for the Bengals since 2003 and once Hue Jackson left Cincinnati to become the HC of the Browns, Zampese stepped in. The Bengals are 12th in the league in offense and have battled injuries all year. Zampese will really be put on the spot now that star WR A.J. Green is out.

Zampese has been with the Rams before, but most importantly he’s worked with QB’s for years. He could be the guy to develop rookie QB Jared Goff. This is a guy that is ready or at least close enough to being ready to become a HC, but it depends if the Bengals will be willing to finally let underachieving Marvin Lewis go or not. 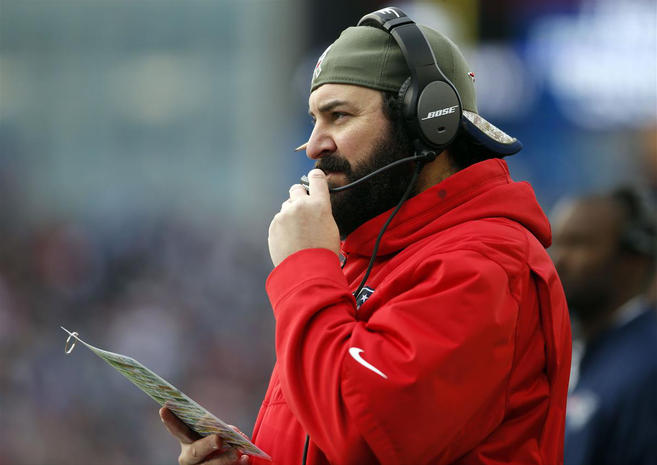 A disciple of Bill Belichick, Matt Patricia must not be underestimated. Patricia has been with the Patriots since he entered the NFL coaching landscape. He is an outstanding defensive mind, but is often talked about just how brilliant he is in general. Patricia could be nearing his time as a HC. He interviewed back in January for the Browns head coaching job. The Patriots probably would like him or Josh McDaniels to stay until Belichick retires, but the way these two have elevated their resumes means they probably won’t be around for too much longer.

Obviously, many Rams fans including myself, would love an offensive minded HC to develop Goff. However, Patricia would be an outstanding hire and would improve an already great defense. Patriots defensive players are often physical but disciplined. While the Rams have a physical defense, they lack discipline and Patricia could seriously change that. 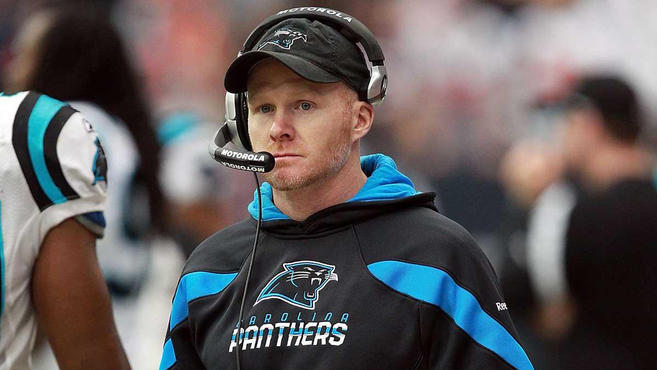 The 2015 hottest head coaching candidate Sean McDermott, somehow ended up staying with Carolina. He could very well go into the head coaching circuit after a down year for the Panthers. McDermott has been forced to find alternate and creative ways of disguising his defenses and coverages now that he doesn’t have Pro Bowl CB Josh Norman to work with.

McDermott’s stock has probably taken a hit due to the off year the Panthers have had, but he still should be in the running for a coaching job. At 42-years old the Rams would love a coach like this. He runs the 4-3 scheme we are accustomed to seeing and he’s a young guy that the franchise should surely look for after an older coach in Jeff Fisher. 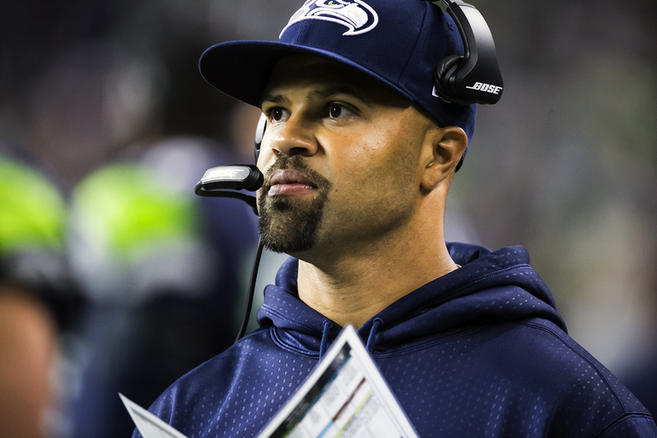 Kris Richard is the new Defensive coordinator for the Seahawks and that almost always leads to a HC job. Richard has been effective or at least has kept the Seahawks defense playing the way we expect. Richard has Seattle giving up the fewest amount of points on the season and leading a 7-2-1 team on their way to possibly another Super Bowl run. The thing to keep in mind is the fact Richard is running a 4-3 scheme which is what the Rams would look for in a defensive minded HC. 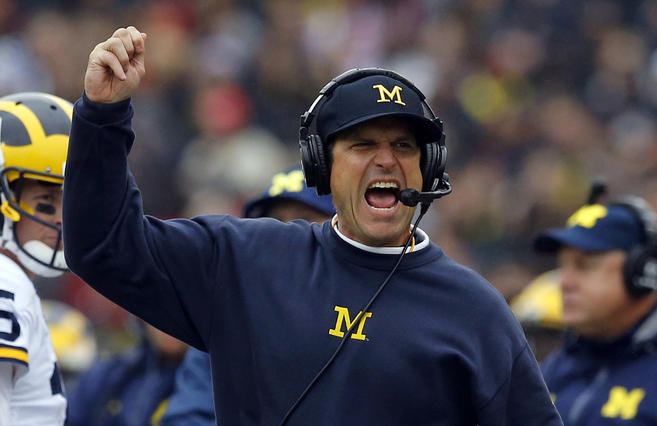 This one is the dream scenario for the Los Angeles Rams. Jim Harbaugh is used to being in the NFC West facing the Rams, but just imagine the former QB coaching Jared Goff and leading the Rams to the promise land. It’s not as outlandish as it sounds. Harbaugh took a Stanford team that was sputtering and made them great, he took a 49ers team that was unable to get better and brought them to the Super Bowl and he’s taken a Michigan football program that had just won five games to now winning 20 in two seasons as Head coach.

Harbaugh didn’t last in the NFL because of his own doing. He left on his own and he left the 49ers due to the disagreement between him and management. The problem is that in order to hire a creative mind like Jim Harbaugh, you need to let him control the team. That was something the 49ers wouldn’t allow. Now, with the Rams having an owner like Stan Kroenke who lets the guys like Harbaugh handle the football operations and the team the Rams already have…One would have to think if Harbaugh left his alma mater it would have to be for the L.A. Rams. Again..dream. scenario. 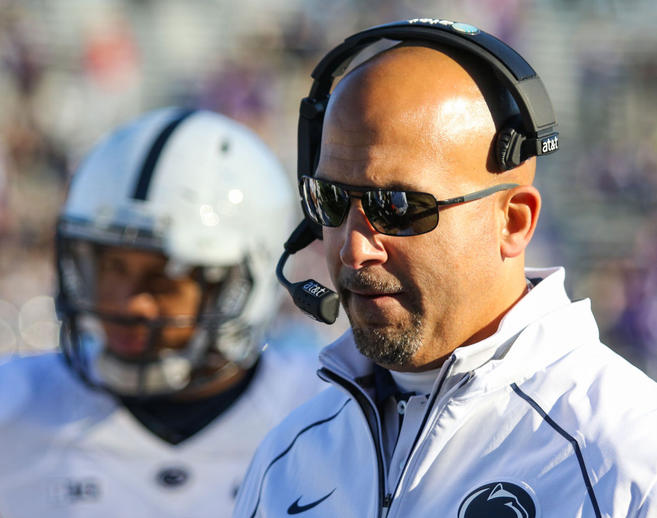 James Franklin is the successor of Houston Texans HC Bill O’Brian and he has picked up where O’Brian left off. Franklin’s offensive game plan has led Penn State this season to a date in the Big 10 Championship next week versus Wisconsin. Franklin has really started to shoot up his stock as far as bouncing over to the NFL. While the massive regression of his QB Christian Hackenberg is a cause for concern, there is also a reason to point the finger at Hackenberg himself who struggled mightily in pre-season and appears to be ways away from playing.

Franklin is another former QB and offensive mind that could help Jared Goff develop moving forward. Normally with college coaches they are really hit or miss. Franklin you could strike gold with or he could end up not being the guy which could hurt Goff’s development. Regardless, Franklin definitely belongs on this list. 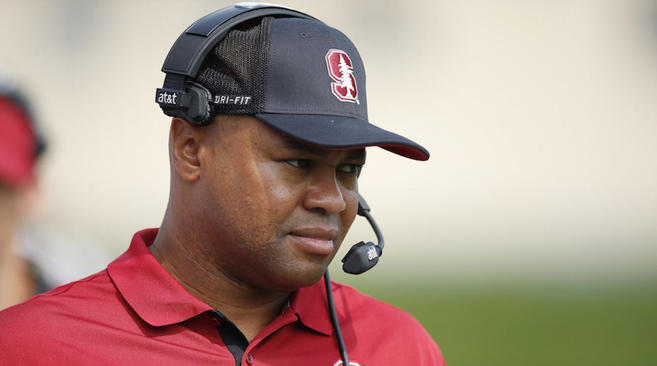 Perhaps one, if not the number one college coach that is most likely to come to the NFL. David Shaw has had quite the career at Stanford. He has posted a 63-17 record since taking over for Jim Harbaugh. Shaw is a former WR who would bring an offensive mindset to the Rams. His father Willie Shaw was the defensive coordinator for the Rams in 1995. Shaw has had time in the NFL in a minor positions, but one has to imagine he’s close to cracking the NFL as a Head coach.

Shaw has worked with QB’s like Andrew Luck and Kevin Hogan so Jared Goff wouldn’t be too much for Shaw to handle. The Rams being in Los Angeles and possibly letting go of an older coach would probably love to grab a young one. Shaw would be a great fit in L.A.

He’s not on the list because of his arrest records of sexual harassment and a DUI he incurred.

He didn’t make the list because I feel as though if the Rams fire Fisher they are going to want a young coach and Williams doesn’t fit that bill.

He is never leaving his mecca and that is college football.

Would have been nice to see him reunite with Todd Gurley and Alec Ogletree, but he just join his alma mater at Miami U.

Another dream scenario, but Payton might be even less likely than Jim Harbaugh. He is not getting fired from the Saints.

I doubt he gets fired, but if he does he makes perfect sense with a team that is much too talent for him to struggle the way he has done in Cleveland.

Maybe a stopgap like Fox could improve the Rams enough to win by the time the new stadium is built and buy enough time for Urban Meyer to come to the NFL..

There’s a scheme issue on defense..

He might very well get fired from a worse team, but he could probably perform a lot better with a better team and he’s also young.