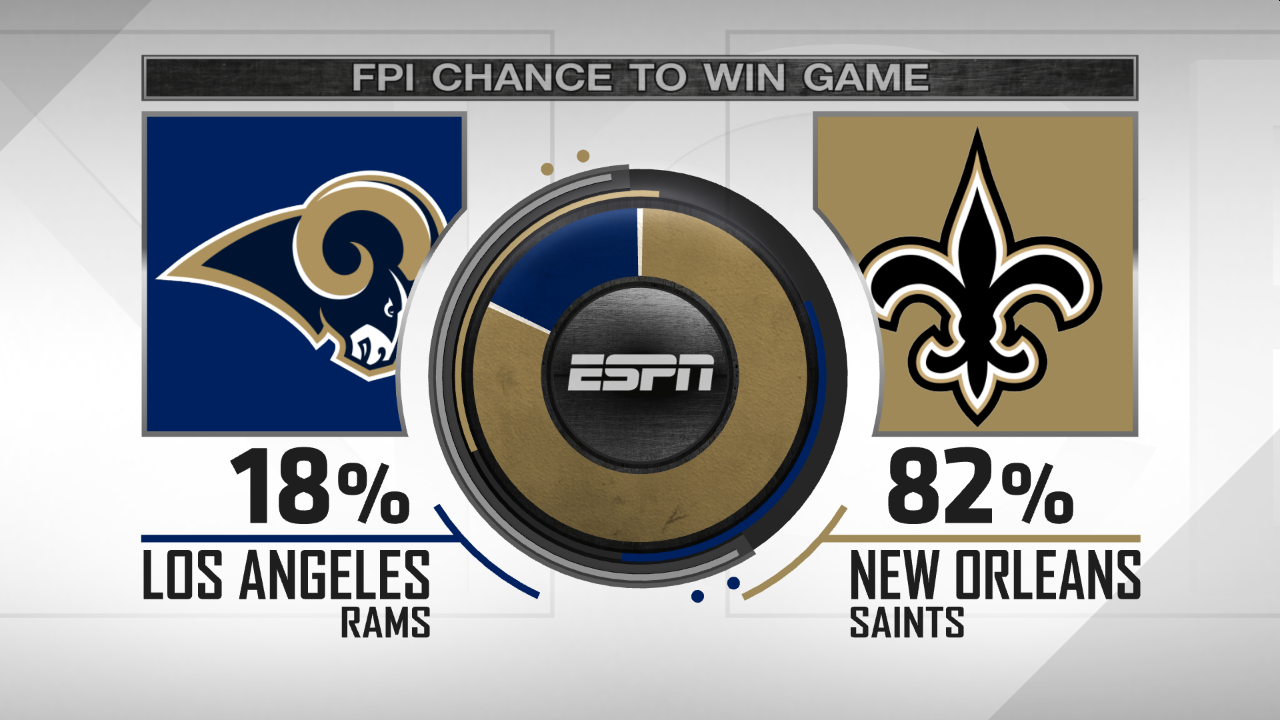 Aboard a flight heading to the city known as “NOLA”, I had tuned in and listened to the broadcast of ESPN NFL Analysts Teddy Bruchi and Damien Woody. The broadcast coverage of the Rams vs Saints matchup had the two analysts predicting that the heavily favored Saints will win in a blowout fashion. Sports betting agencies have the Saints winning at a high of 82 percentile and having the Rams as a seven and half point underdog.

Recent history has shown that the New Orleans Saints defense has done an awful job of making rookie quarterbacks feel uncomfortable at the Mercedes Benz Super Dome. The Los Angeles Rams starting rookie quarterback Jared Goff, should feel a bit more welcomed than he should, just ask the likes of recent rookie starters RGIII, Colin Kaepernick, Marcus Mariota, and Jameis Winston whom all went into the dome and had career days with victories.

The Rams have scored 10 points or fewer in their last four straight games, which is tied for the second-longest streak in franchise history. But, you would want to stick with the history of the Rams vs Saints all time series record which is owned by the Rams 40-32. The more even concerned stat is Drew Bree’s record against the Rams since signing with the Saints in 2007.

Bree’s currently have a 2-5 record against the Rams, losing the last two in St. Louis. Rams scored more than 10 points in those two contest, playing with backup quarterbacks Kellen Clemens and A.J. Feely, both replacing season injuries of Sam Bradford. Saints were heavily favored in both games where the Rams had stunned the Saints in wins. Bree’s record at home against the Rams is 1-1, and that one vistory was against a 1-15 Rams team that was decimated by injuries all season long. In the last two losses the Rams harassed and sacked Bree’s numerous times and limited his weapons such as Jimmy Graham and Marques Colston on at team that was more talented then his core of receivers now.

Expect Goff to carry on the tradition of the rookie quarterbacks performing and excelling with a win at the dome. The rookie played and threw the ball well last week considering the circumstances of playing in the rain. A few passes may have gotten away from him, but to say the least his accuracy was nearly pinpoint. Look for the youngster to take advantage of his 6’4” height and spread the ball down the field to his big receivers Kenny Britt, and Brian Quick. Tavon Austin will be the weapon of choice after the defense try and find ways of stopping the pass and containing the run game of Todd Gurley.

To bring to the next point, it is PARAMOUNT that execution of the offensive play calling is successful. Rams offensive coordinator Rob Boras was asked if his job was critical at this juncture of the season, and he had this say,

“It’s your job. It’s like that any time it’s your job, no matter what you do in life. If things aren’t going well — whether you’re in sales and you’re not making sales, or you’re coaching and not scoring touchdowns — it’s frustrating.”

Head Coach Jeff Fisher has mentioned over the course of the week that they wanted to turn Goff loose last week, but elected to keep him conservative. Fisher has mentioned that they will unleash Goff aerial attack down the field in the dome against the Saints. However, the key matchup between getting this to work, will be the Rams offensive left tackle Greg Robinson and Saints defensive end Cameron Jordan. Jordan had dominated the Rams offensvie line posing mix matches, but was kept in check. However, look for him to create frustration and havoc for Robinson and rattle him from his game execution causing false starts and holding penalties. If Robinson is able to establish containment on Jordan for at least 75 percent of the game, watch for the young Goff light up the weak Saints defensive unit which as played well the last several weeks.

Don’t expect, and I repeat, don’t expect a blowout by the Saints as had the betting agencies have advertised. When Rams have needed an offensive explosions, they have used the Saints as the team for that incentive, just review the historical facts.