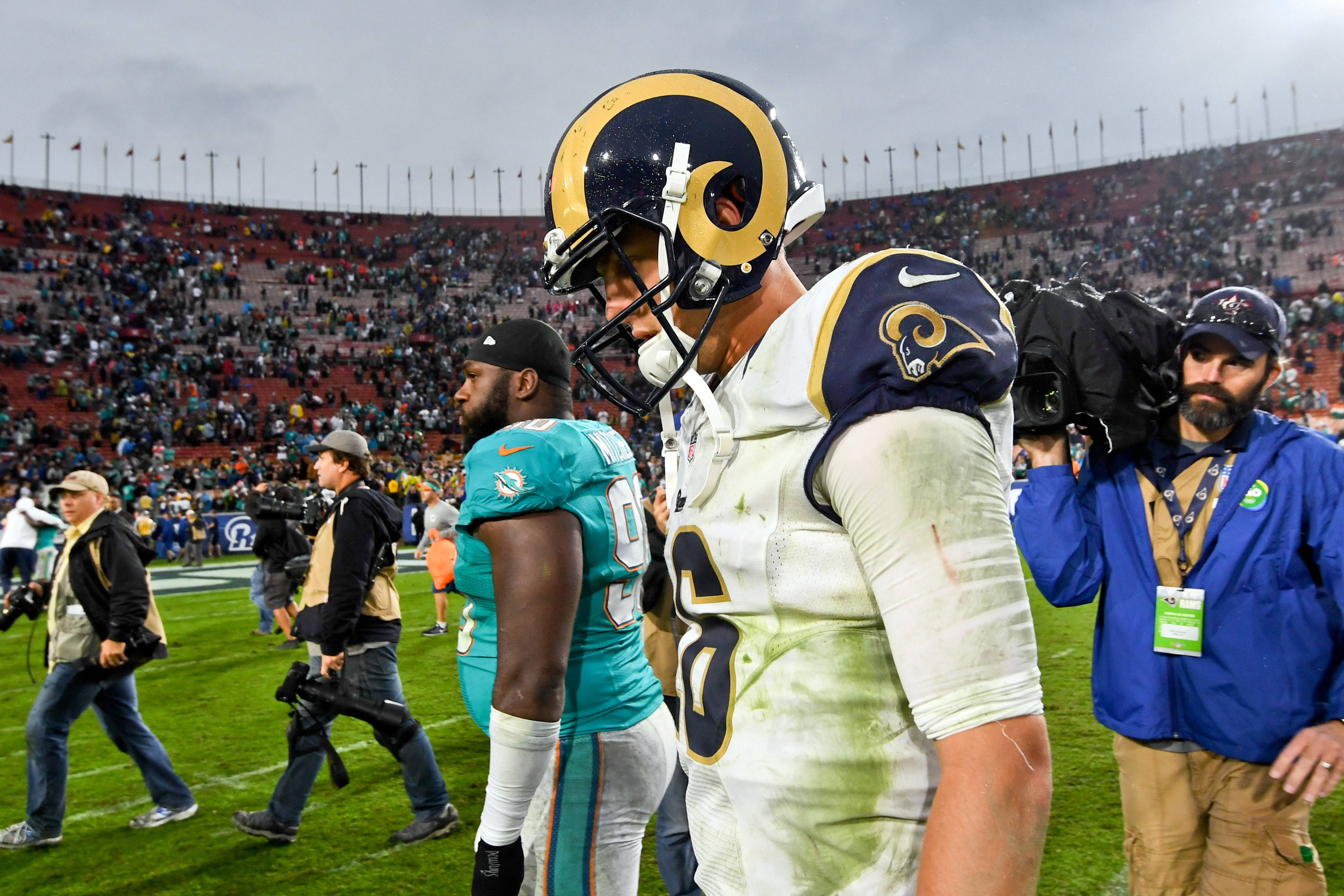 This is definitely not the season Rams fans imagined or wanted. What side are you on? Pessimist? or Optimist? Do you believe in a season end comeback or a season end collapse? 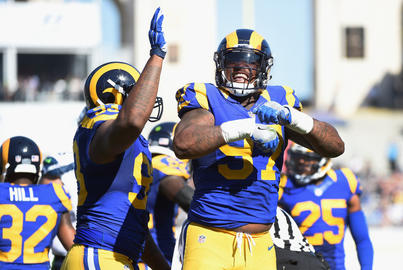 – The Rams can still make the playoffs…

Seriously! They can! The Rams have had a rough time with their offensive continuity, but playing a Saints team that is an absolute disaster on defense could be the remedy for the reeling Rams. A win for Goff on the road and a convincing one at that could lead to a streak.

Goff didn’t play horribly like the mainstream media seems to think. However, he wasn’t amazing and that wasn’t his fault. The Rams gameplan was one out of a middle school modified football playbook. Goff barely threw down the field and it was quite honestly excruciating. This week they will need to throw the ball to beat Drew Brees and exploit the massive lack of talent in the Saints defense.

– The Rams have three games in the bag

This Rams team has proven they have the NFC West’s number and can easily win the three games they have in the NFC West. If you are doing the math, that puts them at 7-6.

– Forget it, the Rams are about to go on a six-game win streak and make the playoffs

Why not? The Rams have a top five defense in pro football and this offense has no where to go but up right? The Rams will shock the Patriots on the road and that’s the only game to worry about. Goff is going to get the hang of the offense and he is going to be lights out. 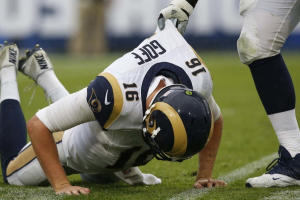 – The Rams have no shot at the making the playoffs

The only game that is definite is the game versus the 49ers and even that might be a stretch. The Rams just aren’t very good and the sooner we learn that the better.

Goff was horrible, he showed no ability to make a good throw as they were all seriously wobbly. His pocket presence was overrated in college and here it is being overrated in the pros. The reason Goff wasn’t allowed to throw down the field is because ultimately the Rams already have buyers remorse and wish they drafted Carson Wentz.

Why? Cause it’s the Rams! They could be 7-3 right now, but Fisher finds ways to lose games instead of preserving leads and winning them.

It’s not just Fisher’s problem, this team isn’t very good. No draft pick in the first round this upcoming year and the two seconds and a third rounder that were wasted for Goff will never pan out. The Rams lost the trade immediately. They would have been better off trading up back in 2015 when Mariota was there.

Hope Jared Goff was worth it, because you aren’t going to be doing anything in the first-round this season. That’s right all you draft nuts, save your time. If you think there is even a chance the Rams land Cam Robinson and replace Greg Robinson you are clearly on cloud nine. The Rams set themselves back with this trade.

– Fisher won’t be fired no matter what happens this year

Stan Kroenke has already proven he isn’t about success. All he cares about is money.