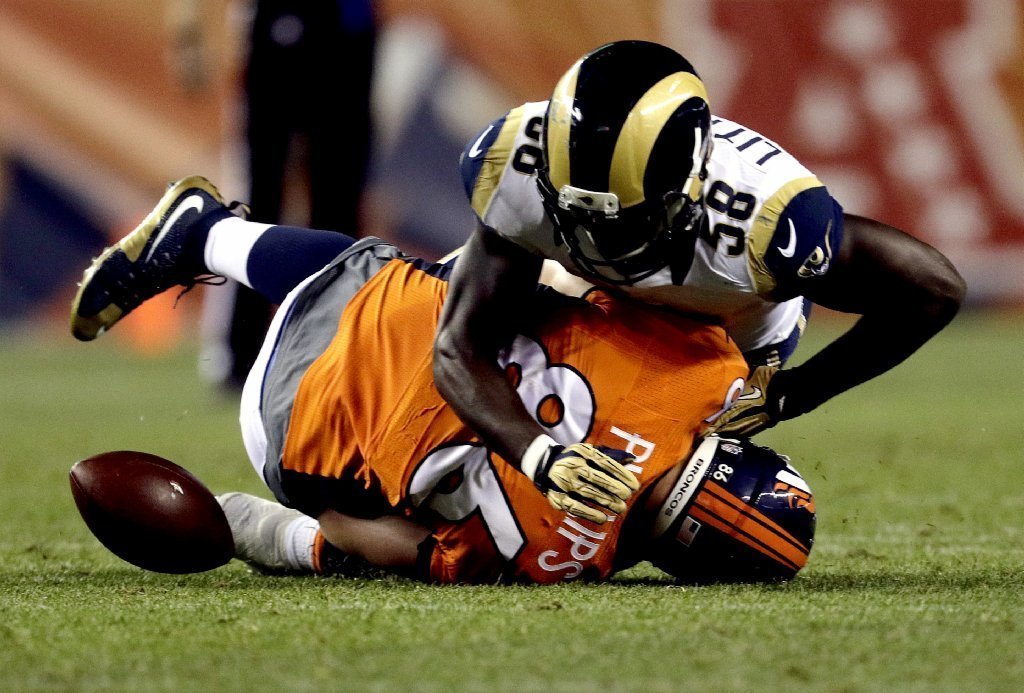 Last week the Rams lost sixth-round pick Josh Forrest for the year due to a knee injury and now undrafted rookie free agent linebacker Cory Littleton will replace him.

Littleton is a former edge rusher from the University of Washington. He stands at 6-foot-3 and weighs 227 pounds. The Rams felt like they would roll the dice on a player who has great athletic ability and try to convert him to a 4-3 linebacker as opposed to a 3-4 edge rusher like he was at Washington.

Littleton is very raw and seems more of a special teams contributor for the time being, but make no mistake he has tools and serious athleticism to turn him into something. Littleton runs a 40 yard time of 4.73 which is the same time of the player I compare him to, Denver Broncos OLB Shaquil Barrett.

Both Barrett and Littleton share the same speed, albeit Littleton weighs practically 30 pounds less than Barrett. Both are distinctive and long limbed players who can rush the passer. Littleton’s compact size makes him more of a 4-3 LB where as Barrett fits the 3-4 mold. Littleton has much to learn for the outside linebacker position in the 4-3 Gregg Williams coached scheme, but Williams and his blitz happy defense could carve out a niche for Littleton as a stand up pass rusher. Littleton totaled 176 tackles, 26 tackles for a loss, 12 sacks, six pass breakups, two fumble recoveries and three forced fumbles.

Littleton is definitely worth developing in coverage, due to his adept closing speed and long arms. He wasn’t used a ton in coverage during his time in college, but to stick in the league most of the time you need to change the way you are accustomed to doing things. He still has work to do as a tackler, but Littleton has encouragingly improved his missed tackles every year.

This could seriously be a player that surprises everyone down the road. While it is extremely unfortunate to lose a player like Josh Forrest right now, Littleton and even newly activated LB Nic Grigsby will get a shot to show the coaches what they have and what they have to work on. This is not to say weak safety Mark Barron is in jeopardy of losing his starting job, but it’s smart to develop these linebackers. You cannot ever have enough depth.

Watch out for Littleton as he could possibly end up with a stranglehold on this starting gig by season’s end.