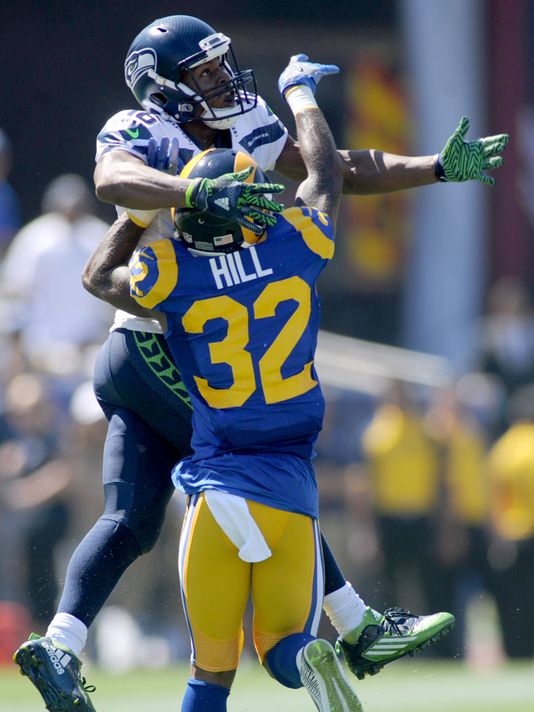 Fours days after being arrested on suspicion of a DUI, and the day after being released from the Los Angeles Rams, Troy Hill has has cleared waivers. The cornerback was resigned by the Rams on Wednesday  and placed on the practice squad.

Head Coach Jeff Fisher stated on Tuesday that Hill may be considered rejoining the team because he was forthright with everything leaning up to his arrest. Fisher mentioned that people are deserving of second chances in life, and Hill was the type of candidate. Fisher also mentioned that he though Hill had learned from this mistake, but he was disappointed in his decision making.

Hill was arrested on Saturday morning after swerving his Mercedes and rear-ending a big-rig truck.  The driver of the truck nor Hill was injured in the crash. However, when the California Highway Patrol arrived it was apparent that Hill was under the influence, given a sobriety test, and later arrested.

Hill spoke to the press regarding his arrest, this is what he had to say:

“I know I let this team down!” “I went to Coach Fisher and I told him, ‘I let the team down, and I let you down personally. I know what it looks like, but there’s things that go along with it, too.’ I was thankful for the opportunity, and just want to show this team, and everybody in the organization, that they can trust me. I’ll keep working my way back up until I prove myself again.”

Coach Fisher must really see a high ceiling of talent with Hill to resign him back to the team, allowing him the second chance.  Reminiscing a scene from Hard Knocks, a free agent receiver broke the rules of having a female acquaintance at the training facility and was not forthright with Fisher. Subsequently, the player was waived for his actions.

The clear space on the practice squad, their Rams waived defensive Dwayne Gratz who was signed after week four when rams starting corner Tru Johnson went down with an ankle injury.