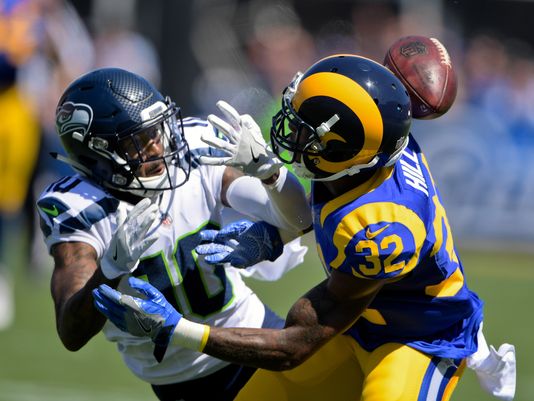 As expected, the Los Angeles Rams released defensive back Troy Hill three days after his arrest for and DUI and accident last Saturday morning.

Authorities arrested Hill after expecting him being impaired and performed a sobriety test on the Rams cornerback.  Shortly after their arrest Hill, had posted a $15,000 bond and was released from the Van Nuys Police Station.

The Rams front office was notified of the arrest and were unavailable for comments. Later, the organization, made a public statement that they were aware of the incident and wait until the reports were released to determine their position. Hill’s was immediately deemed inactive for the game against the Miami Dolphins.

On Tuesday morning, the Rams released Hill after obtaining further reports in regards to his arrest. Head Coach Jeff Fisher had this to say, “I think people deserve second chances in life,” Fisher told reporters after Tuesday’s practice. “I think he learned from it, but I was just disappointed in his choices.Fisher also stated,”I’m not going to rule out a second opportunity.”

Rams secondary had played well when Hill started, he had his bumps and bruises along the way, but performed well in his last three games.  Despite his immature decision on Saturday morning, I believe the Rams will benefit more defensively if Hill is brought back.