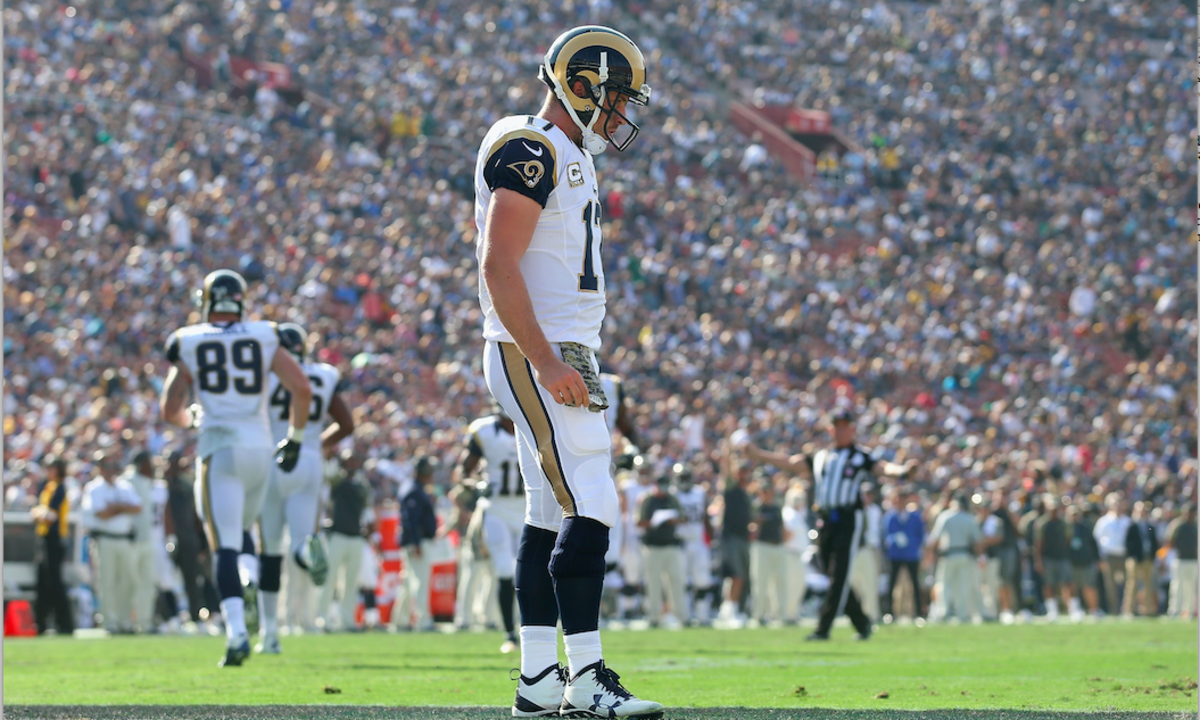 It’s been a rough week for Case Keenum, he has lost the starting job to rookie QB Jared Goff and now might lose the backup job to second-year QB Sean Mannion, which all takes place after he started in the Rams 9-6 over the Jets.

Keenum’s future with the Rams was in doubt, but I think now it’s time to put the nail in the coffin. Keenum has most likely thrown his last regular season pass as a Ram. He finishes this season with 2,169 yards, nine touchdowns and 11 interceptions. Goff will come in to make his debut this Sunday and most likely stay in unless he suffers an injury that would sideline him.

Now, with Mannion it would appear he and Goff will be starter-backup duo for the foreseeable future. Adam Schefter and Chris Mortenson, who have been heavily involved with the situation over at ESPN, reported that Mannion would likely backup Goff down the stretch and especially if the Rams fall out of playoff contention.

Keenum becomes a free agent after this season and although Fisher and company love Keenum, it may not be logical to bring back a third-string QB. This season with the amount of question marks at QB it made sense. Next season isn’t going to make sense, and on top of that having another QB takes up a roster spot for possibly another position that could be lacking depth.

At 28-years old Keenum doesn’t have many options as a starter, so he will likely sign with a new team next year to backup a QB. Perhaps the Rams bring him back on a one-year deal and cut him after training camp. It all depends on a lot, but right now it looks as though the Rams future is in full force and Keenum is slowing fading into the background.