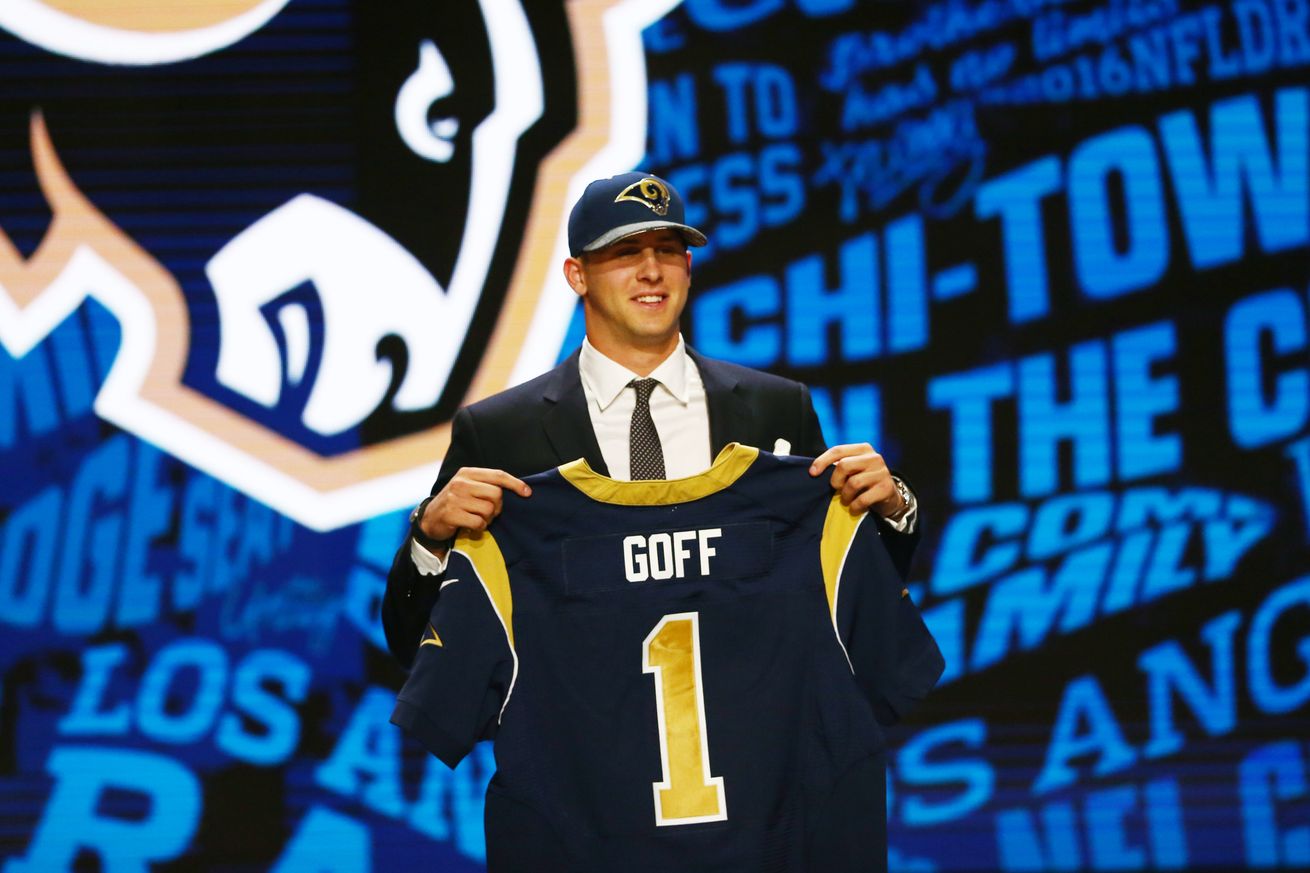 Finally the time is now for Jared Goff of the L.A. Rams. He has been under the microscope by many in the NFL due to his amount of time sitting on the bench behind journeyman QB Case Keenum. Goff will take signal-caller duties against a Miami Dolphins team that is streaking as of late.

Goff is going into this game with history not on his side. ESPN Stats’ tweeted that the last nine times a first-overall pick in the draft played their first game, they all lost. As a matter of fact the last QB to win a game in their debut as the no.1 overall pick was David Carr back in 2002.

So if Goff wins…he’s the next David Carr? Not quite fair to say. Let’s just hope for the best after the young California QB.