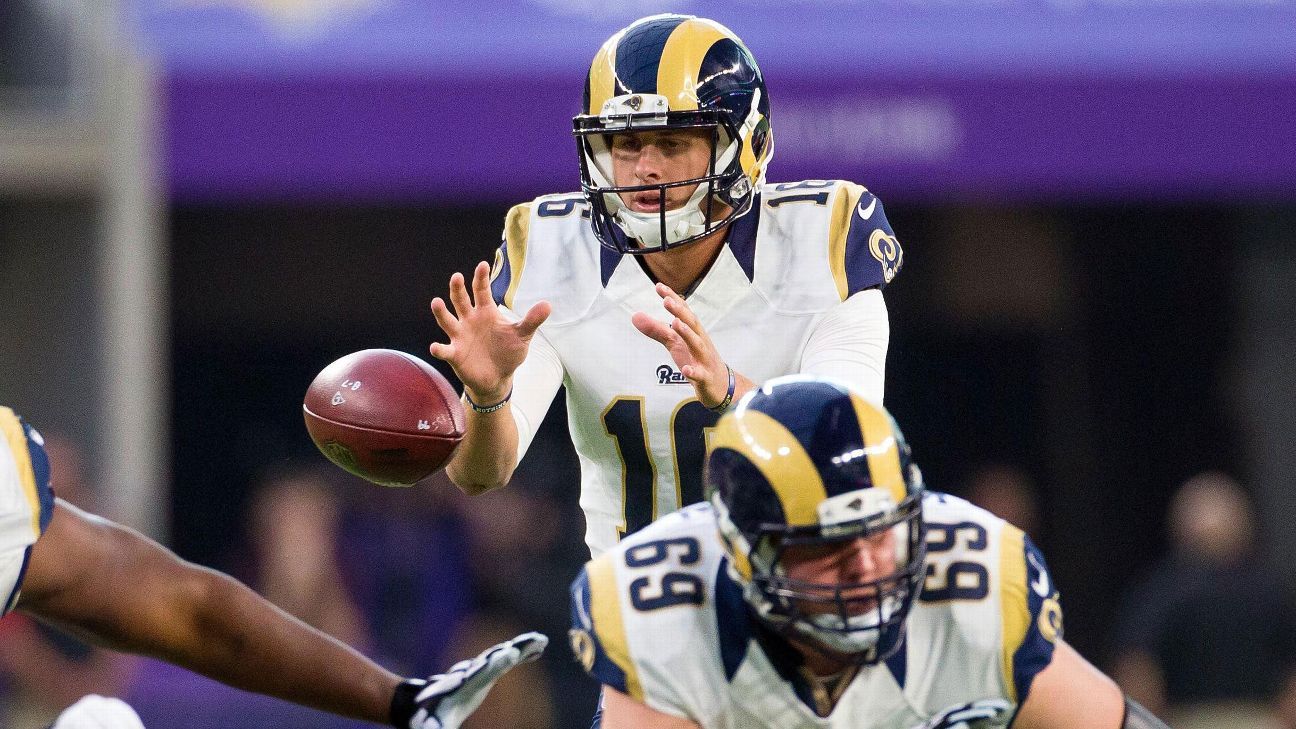 Something all Rams fans have clamored for since the four interception game by Case Keenum in London against the Giants.  It was brought to our attention that if Keenum struggles against the other New York team this week, the number one pick, Jared Goff, could see the field against the Miami Dolphins.

It has been well documented the reluctance that LA Rams head coach Jeff Fisher has had in putting his prized quarterback of the future on the field.  It sounds as though this could be the last week we see of incumbent and rather disappointing Case Keenum.  It was reported by ESPN’s Adam Schefter that if Keenum struggles today against the NY Jets it could be Goff time against the lowly Dolphins in LA the following week.  If in fact this is true, does that requirement include that the Rams lose this weekend?  If Keenum struggles but the defense carries the Rams to the victory will Goff still get his chance?  Those are questions we will not know the answer too until after today’s game and possibly until next week.  One thing of note is the Dolphins’ defense is ranked 8th in passing yards per game allowed, 16th in points allowed, 15th in sacks, and 19th in interceptions.  However, the passing yards per game may have something to do with their putrid run defense that is ranked 30th in rushing yards.  Last statistic of note for the Dolphins is their 1st ranked 3rd down defense, which has always been a sore spot for the Rams.  Overall, I think it’s obvious most Rams fans want Goff in their to at least see what we have but will they root against their team this week to reach that need?  If Goff does indeed get his shot next week he will face a average at best defense that should allow Gurley to help aid him in his first NFL game.  Here’s to hoping Rams fans.