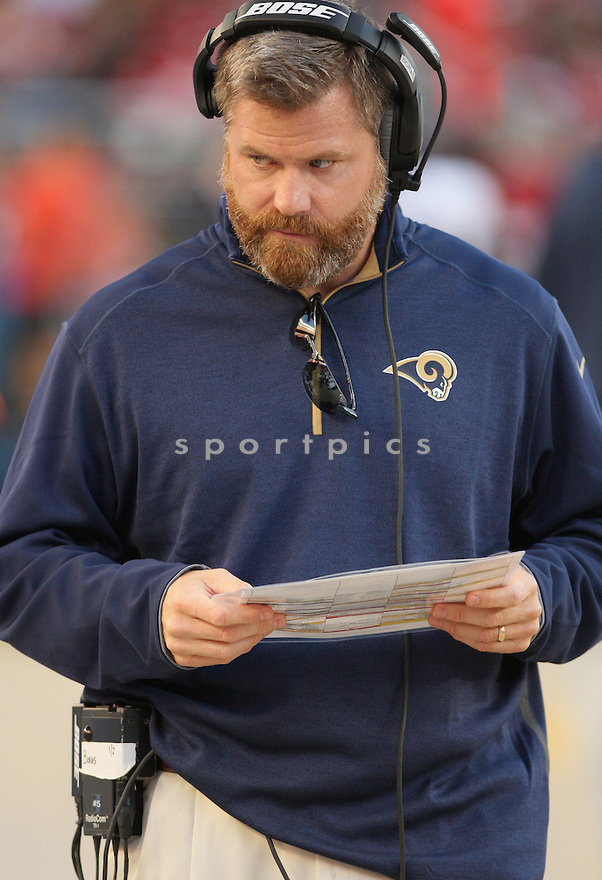 Boras was the Rams play caller for the final four games of the season in which the offense had immediate success winning three out of their last four games. The new renown offense seemed to be the direction the Rams were seeking, as where Cignetti’s offense was conservative and predictable.

Jeff Fisher’s comfortability of the direction that the Rams offense had finished last season, didn’t entertained the thought of hiring a marquee name offensive coordinator; and on February 25, 2016, Rob Boras was named the permanent offensive coordinator for the Los Angeles Rams.

Boras offensive magic didn’t transcend over to the 2016 football season. The Los Angeles Rams opened up the 2016 season against their NFC divisional rival San Francisco 49ers.  The Rams offense was as almost a non-existence at the game which was nationally televised before millions on Monday Night Football. The 49ers shut the Rams out by the score of 28-0,  where questions and demands were starting to circulate throughout the Rams organization.

In week two the Rams offensive woes continued as the offense was able to move the ball enough to keep the Seattle Seahawks offense off the field in a defensive battle with the Rams winning 9-3. Week three Rams, the offense advanced as the Rams moved the ball down the field and won a nail biter against the Tampa Bay Buccaneers. Week four, Rams went into Arizona and upset the highly favored Cardinals winning their third consecutive.

Week five, the Rams offensive woes continued, reminiscing the days of Frank Cignetti. Boras play calling seemed to be a repetitive script that not only the opposing defenses were facing, but the Rams fans as well. Quarterback Case Keenum showed some shades of a starting quarterback, but quickly started turning over the ball for the next several games.

The Rams fans have reached the level of boredom from the offensive play calling of Boras and the poor play of Keenum, during the last home game. The boo-birds chants started and the demands for the Rams number one overall draft pick Jared Goff to be submitted into the game.

The Rams lost their last week contest against the Carolina Panthers, where the defensive unit kept the Rams close by sacking Cam Newton five times. The combination of the Boras play calling and Keenum’s interceptions was just enough to extend the Rams losing streak to four games.

The offensive unit needs to bring intensity and a spark for the Rams on Sunday against the New York Jets.  The Rob “Bore-us” playing calling has created boredom for the fans as the chants will continue for rookie quarterback Jared Goff and, “fire Jeff Fisher!”

Look for the Rams to pass heavy against the Jets stout defensive front, as the offense line need to play a flawless game. If the line can contain the pass rush of the Jets, Rams will score over 24 points for the game and will look to put a end to the current losing streak.