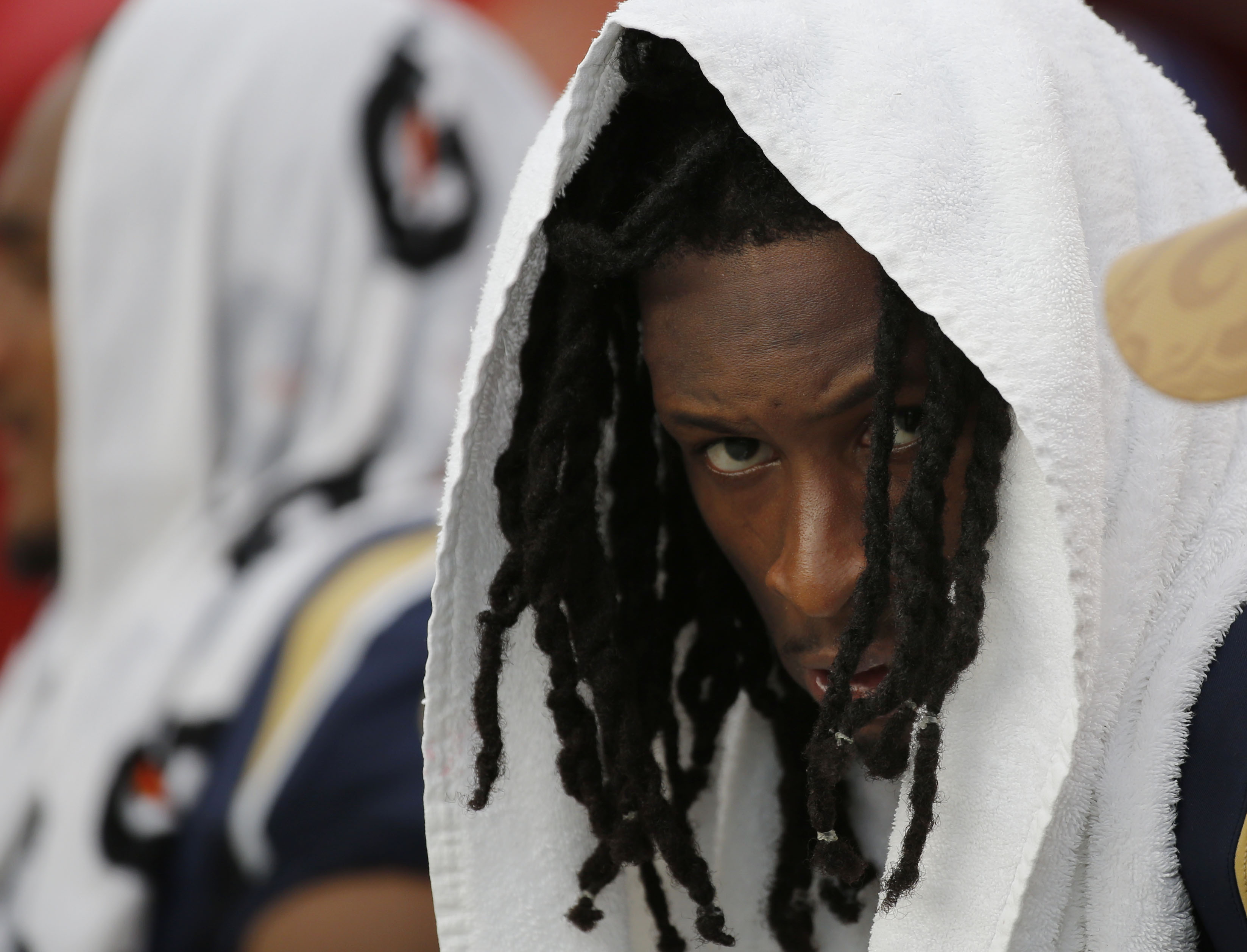 The Rams are headed across the country to take on the New York Jets. The Rams have released their injury report for today and here is what we have been given according to Joe Curley of the Ventura County Star.

In what has been a very disappointing season for WR Nelson Spruce, he again has been ruled out and could be a candidate to go on the Injured reserve. New edition to the injury report is DE Matt Longacre who apparently is battling a hip injury. Everyone aside from Spruce is questionable, but expect Gurley, Brockers, Johnson and Joyner to all be active as they were full participants today.

On the opponents side, the Jets starting QB Ryan Fitzpatrick should play, but it is worth noting he is questionable as well as nickel cornerback Buster Skrine. We will continue to monitor and keep you informed on the injury status of both teams going into Sunday’s game.

Mid-season comparison of Rams PFF grades to the beginning of the season: Offense edition