Mid-season comparison of Rams PFF grades to the beginning of the season: Offense edition 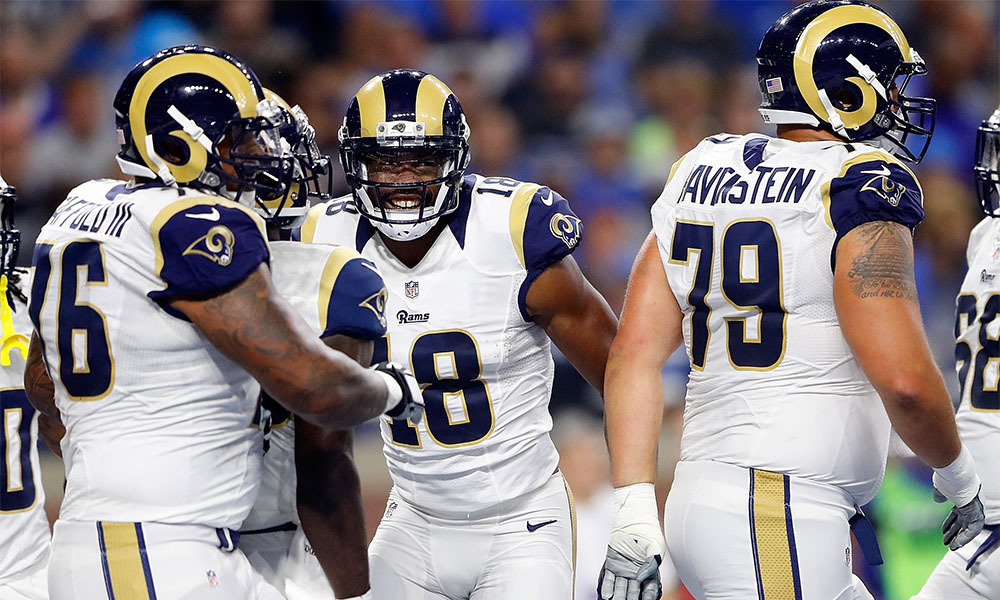 Many, including myself feel as though the 3-5 L.A. Rams have more talent than advertised. Here is a look back to September 22nd when I compared the Pro Football Focus grades of each Rams starter to the best player at each position. Now I am going to take what will be the second of three comparisons for the season. Of course just like last time PFF grades are subscription based. So what has changed since September according to PFF?

It’s obvious that the majority of Rams fans want Jared Goff or Sean Mannion at starting QB and looking at these consistently poor metrics, it’s no wonder why.

Todd Gurley is having a rough year thanks in part to his offensive line, but Gurley looks like he is lacking in an area that he excelled at last year. Vision. Gurley on tape has missed some serious holes, including one that costed him a touchdown in Detroit and might have ended up being enough to win the game.

Kenny Britt looks to have provided the Rams with a consistent no.1 WR this season for the first time since 2011 with Brandon Lloyd. Britt is 18th in the league in receiving and was even 11th coming into the bye.

Brian Quick’s resurgence has been a breath of fresh air for the L.A. Rams. He has provided the Rams with their go-to deep threat. Quick has improved significantly since the beginning of the season.

Tavon Austin has struggled and he is now in uncharted territory to where many people and I thought he would be coming off that big contract he got in the offseason. Austin is fourth on the team in receiving behind Britt, Quick and even Lance Kendricks.

Lance Kendricks has been consistently average for the Rams this season. He is exactly what this Rams offense has needed, especially over boom or bust ex-Ram Jared Cook.

Tyler Higbee hasn’t quite been used the way any of us expected, but he finally got involved a little bit more in the passing game this past Sunday. Hopefully that is the plan moving forward.

Greg Robinson is a safe pick to call a bust. He has completely decimated QB’s he has been in charge of protecting and even his own teammates. In reality everyone on the Rams Offensive line seems to be playing average or a little below average. Robinson has been notoriously terrible and it’s hurting the whole line.

Rodger Saffold started off strong and looked like the missing piece from last season’s Offensive line. However, as the year as moved on it has become clear that Saffold’s play is hindered by the man to the left of him and that is Robinson.

Tim Barnes is not a very good center at all, but he has improved his play. The Rams could still use an upgrade in the offseason though.

Cody Wichmann has started the majority of the season due to a Jamon Brown injury riddled season again. Brown is the more talented lineman as such, but Wichmann, who started the season the starter has been in to fill for Brown.

Rob Havenstein could be coming back into his own, that remains to be seen but he has signifcantly improved since the beginning of the year and that could have to do with the fact Havenstein was battling a foot injury and as such was unable to practice much in the offseason. It looks like Havenstein has wiped off the rust and is ready to go back to his impressive rookie form.

Overall the offense has been very inconsistent and that falls on the Quarterback and the Offensive line. Saffold, Robinson and Gurley are the only ones that have regressed in the PFF grading department. As far as everyone else besides Kendricks, who stayed the same grade. Everyone improved, now the Rams need to continue to do that and win this Sunday in New York or their season could very well be over.