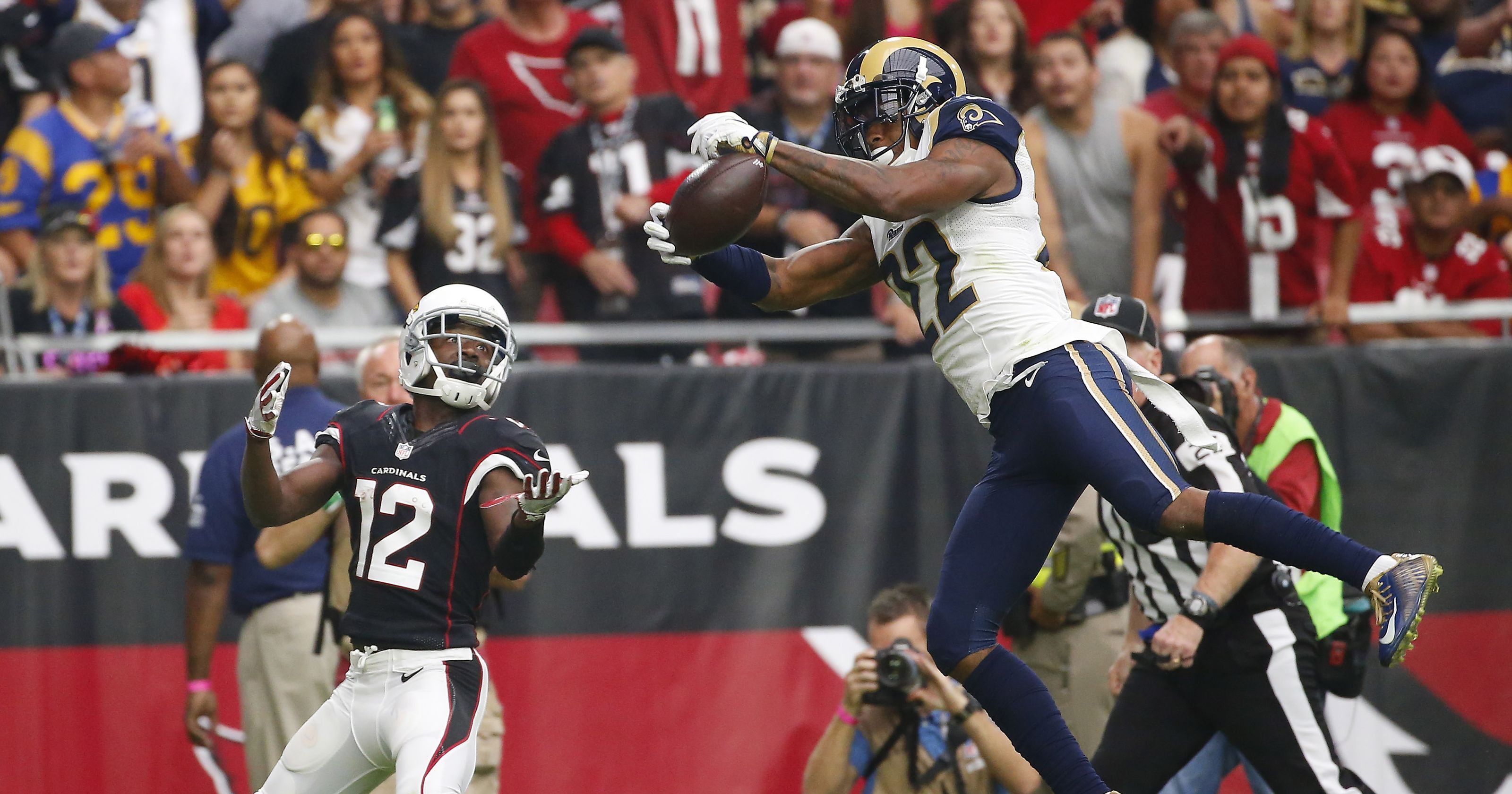 Many, including myself feel as though the 3-5 L.A. Rams have more talent than advertised. Here is a look back to September 22nd when I compared the Pro Football Focus grades of each Rams starter to the best player at each position. Now I am going to take what will be the second of three comparisons for the season. Of course just like last time PFF grades are subscription based. So what has changed since September according to PFF? Well now let’s look at the defensive side of the ball.

Robert Quinn has flashed some serious star power this season, but he has been battling injuries for the most part. Without Quinn the Rams might not have held on in Tampa Bay. Quinn gives the Rams a force coming off the edge to compliment Aaron Donald.

Another edge rusher on the Rams that has been plagued by injury this season. Will Hayes has still shown improvement since the beginning of the season. Now that he is fully healthy, his production should pick up again.

Michael Brockers is another player who has battled injury this season. He is the glue to this defensive line and has a pretty good season for the Rams.

Alec Ogletree is at a new position, in charge of much more than before and he is adapting well to it. He has fallen off since week two just a bit. However, that just means he isn’t elite at the position yet, but Ogletree has played the middle very well this season.

Mark Barron looked like he could be one of the best outside linebackers in football with his performance last season. The hybrid safety however, might actually be better off going back to his old position at safety if T.J. McDonald is suspended or leaves in free agency.

Trumaine Johnson is again, another player who has battled injury this season. He has played well overall and his grade might be a little misleading as he has locked down his assignment often this year. As far as that 13-plus million dollar franchise tag? He hasn’t quite lived up to those lofty expectations.

Something is really wrong with E.J. Gaines. He is according to PFF, graded lower than Coty Sensabaugh, who is no longer with the team anymore. Gaines has struggled, but for the most part it’s been his miss tackles that have really hurt his grade.

LaMarcus Joyner has turned his career around in a big way. Joyner is graded just outside the top 10 that possess names like Chris Harris Jr., Darius Slay and Aqib Talib. Joyner has played very well all season and that is including the broken toe he had earlier in the season he played with. Joyner has looked like the second-round pick the Rams thought they were getting in him.

All off-season the Rams were linked to veteran names such as Donte Whitner & Dashon Goldson. The Rams decided to roll with the youth and it’s paid them off big time. Maurice Alexander has had a great season and has been the bright spot at FS since the Rams lost Rodney McLeod in free agency.

T.J. McDonald has surprisingly been outplayed by the first-time starting safety Alexander. McDonald has had a solid year, but usual lapses in coverage are what basically can sum up his season.

The crazy thing is that the offense has been horrible and just about everyone on the offense improved their grade. On the other side of the football, this defense has played very well and surprisingly enough many of these defensive players have dropped in their grading.