NFL Head Coaches I Would Take Over Jeff Fisher 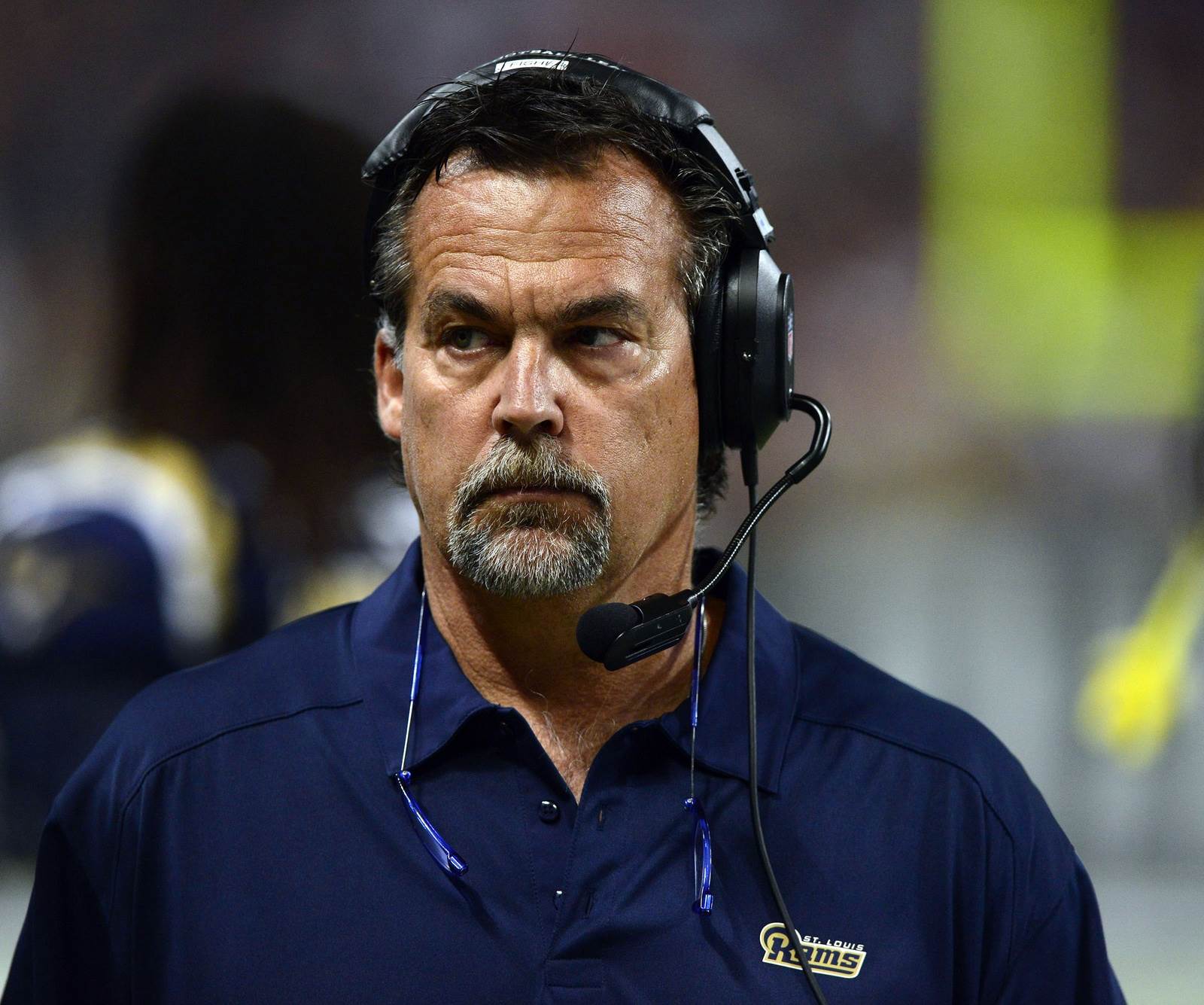 It’s no secret that Jeff Fisher is one of the worst head coaches in the NFL and if you dont think so then you haven’t been watching the Rams for the last five years. After a 3-1 start that left some fans hopelessly hopeless in hoping that the Rams could make a playoff run, the team is back in Jeff Fisher land at 3-5, a record they have been at 4 times in Jeff Fisher’s now five years.

Fisher has had five years to build something and has failed to do so. You could say that is some 7-9 B.S. and that SOSAR is in full effect. Cue the Jeff Fisher extension.

Still some very solid resumes here. All five have been to Super Bowls and all but Reid and Rivera have won Super Bowls. They aren’t quite in the elite category, but I’d still easily take them over Fisher.

Close, but I’d Still Take Them Over Fisher (4)

Not as impressive names here. In fact there is quite a drop off. However, you have to like what Gruden has done in DC with the little that he’s had. He turned Kirk Cousins into a franchise quarterback, won the NFC East, all while being hampered by RGIII drama and no draft picks. The jury is still out for Bowles and O’Brien took a Brian Hoyer lead offense to the playoffs. He may do the same with Brock Osweiler also known as this year’s Nick Foles.

It looks like Quinn may have finally figured it out in Atlanta and be in charge of a serious NFC contender with the Falcons. McCoy may get fired in San Diego and Miami is a mess, but that was already the case in both places. Can you imagine Todd Gurley and Tavon Austin in a Chip Kelly offense? It would be exciting for a year before the Rams defense runs out of gas, but at least we’d get some excitement and have some potential. I’ll take things that Jeff Fisher doesn’t have for 500.

The Browns may be 0-9, but Jackson has made Cody Kessler look like an NFL quarterback and Terrell Pryor an NFL receiver. There’s some serious potential there. Doug Pederson is a carbon copy of Andy Reid and with some more experience could be a good NFL head coach.

Marvin Lewis is average and has never won a playoff game. Rex Ryan will live off of Mark Sanchez’s championship game runs forever. John Fox had a run in Carolina but inherited Peyton Manning in Denver only to get blown out in the Super Bowl. Things are now a mess in Chicago. Chuck Pagano can’t win with Andrew Luck and Jason Garrett may some day tie Jeff Fisher for most 8-8 seasons as a head coach.

These are four of the worst head coaches in the NFL that I might actually keep Fisher over them. The Titans dont have a future with Mularkey. Bradley has leveled off in Jacksonville. and I’d just hate to be the Giants and Buccaneers right now.

Where does this leave Jeff Fisher?

Well this leaves Fisher at the bottom of the barrel. Id take Fisher over four head coaches in the NFL….FOUR. As bad as the “Whats the difference category” would be, Id still take them over Fisher. It’s time to move on.