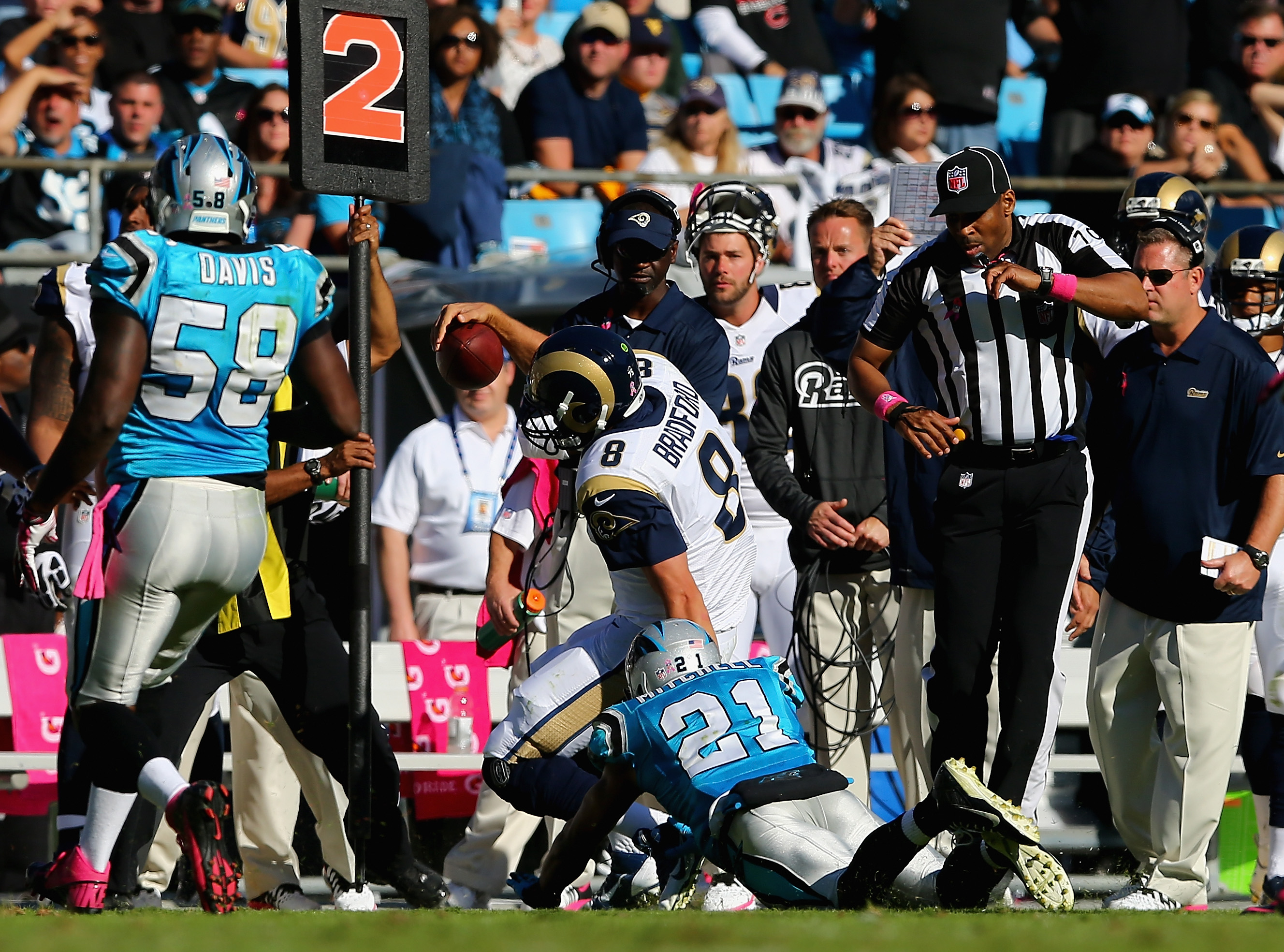 On October 20th, 2013, The Rams went to Carolina to play the Panthers. They had no idea the type of effect this game would have on their franchise coming in.

The Rams and Panthers battled physically in a game that was mainly just full of chippy calls and jawing back and forth. The Rams were down 30-15 in the fourth quarter. Sam Bradford was under center and was trying to stage a comeback for the Rams with around five minutes to go. On a 2nd-and-10 play Bradford scrambled for a couple of yards in what is normally a routine play, but unfortunately an unnecessary shove by now-Steelers starting Safety Mike Mitchell caused the Rams young franchise QB to fall in an awkward way, causing him to tear his ACL.

This injury was gut-wrenching because, for one, you never want to see a player, endure that much pain and it should also be kept in mind in 2013 Sam Bradford looked like he was onto something big. No one talked about the season he was having because of Peyton Manning’s record breaking season, however Bradford before this injury was second in touchdown passes. Bradford finished his season with the narrative left behind of “What would’ve been” and unfortunately after coming back in the preseason the next year Bradford would tear his ACL again and never play another down with the Rams.

This game might not have been won by a healthy Bradford, but this game will always hold significance due to the fact this is the game that made the Rams’ quarterback position an issue again. Backup QB Kellen Clemens came in for Bradford in relief and posted average numbers, but ever since Bradford went down that day the average numbers at quarterback has become the norm for the Rams.

Now three years later the Rams are playing the Panthers again, but this time it’s in Los Angeles. The Rams fell to 3-4 with a loss in Carolina last time out and now they play Carolina with that same record. Coming off a three-game losing streak right out of the bye the Rams are in need of a win. It looks as though the Rams will start Case Keenum who has outlined the Rams QB issues that have never been fixed since Bradford. However, this time the Rams have someone they feel can replace and fill the void that Bradford left. Jared Goff, the no.1 overall pick the Rams unloaded and mortgaged their future on is ready and waiting on the sidelines for his turn.

If Keenum struggles this week versus the Panthers it could lead to another game versus the Panthers that alters the Rams plans and maybe this time it’s for the better. The fans are reminded all the time what could have been with Bradford every time they see the Panthers. However, those thoughts can go away as soon as the fans and the rest of the NFL community finally gets to see no.16 get his opportunity. Bradford has moved on from this painful day as he has since started 20 games for both the Philadelphia Eagles and now his new team the Minnesota Vikings. Now it’s time the Rams officially do the same and welcome the new era of Rams football by giving Goff the starting job.