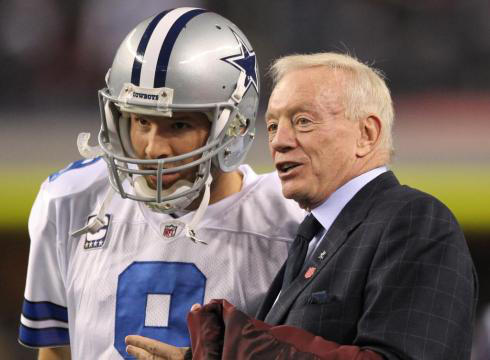 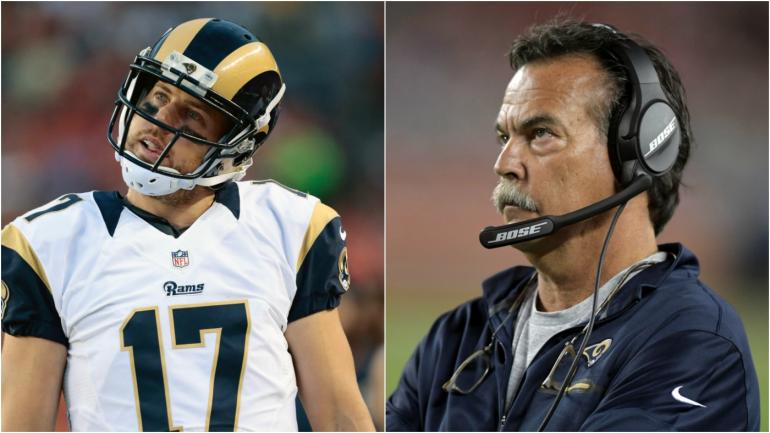 The Dallas Cowboys former starting quarterback Tony Romo, suffered a vertebral compression fracture during the first quarter of the Cowboys third pre-season game against the Seattle Seahawks. His injury had opened the doors up for the starting quarterback position for the rookie sensation Dak Prescott, a fourth-round draft pick out of Mississippi State. Prescott play has been so amazing, that he clearly has been the best rookie quarterback selected from the 2016 NFL Draft. Statistically, Prescott has been breaking records this 2016 season with 176 passing attempts breaking the record for most consecutive pass attempts without an interception of starting a career. The record previously was held by the New England Patriots quarterback Tom Brady with 162 attempts in the 2000 NFL season.

The Los Angeles Rams selected quarterback Jared Goff from the University of California, with their number one overall pick, which was 134 selections before Prescott. Rams fans everywhere were joyful from the selection and were anxious to see the newly drafted quarterback play. One problem lurked in midst of the newly drafted quarterback, he never played under center and had to make that big transition to the NFL. Pre-season had arrived, and to say the least Goff play was subpar, infuriated fans turned against him and Head Coach Jeff Fisher. In fact, Goff’s first couple games were so terrible, many NFL analyst begins to compare him to past number one overall draft bust. In week one of the NFL season, Fisher named Case Keenum as the starting quarterback of the L.A. Rams as Goff would find himself inactive for the game.  Fans were comfortable with Goff’s inactivity due to his poor performances. Many rallied for second-year quarterback Sean Mannion, who outperformed the other two quarterbacks in preseason, by rallying the team back twice to wins, including the first game in Los Angeles since 1979 in front of 90,000 spectators.

Playing in front of 75,000 spectators on Sunday afternoon in London,England, the Los Angeles Ram lost their third consecutive game against the New York Giants. The outcome of those losses was so critical that fans were urgently calling for Coach Jeff Fisher’s termination. It’s wasn’t about how the Rams lost the game, it was how the game was lost, as well as Coach Fisher’s comments at the Rams post game interview.

The Dallas Cowboys owner Jerry Jones, made it publicly that when Tony Romo became healthy and return to the Cowboys from injury, Romo would be the starting quarterback of Dallas Cowboys. Despite the fact that Prescott has the Cowboys not only in first place but also has over a 100 passing rating, with seven touchdown passes, to only one interception. The buzz around the NFL and Cowboys fan base were people were questioning rather if Jerry Jones was completely deranged?

The Los Angeles Rams Head Coach Jeff Fisher stated after his team lost to the New York Giants that the quarterback position was not the reason why his team lost. Fisher went on to mention in his post-game interview that Case played well and that he was not making any changes to that position. Aiding to Keenum’s defense, witnessing the game live, two of the four interceptions were not Keenum’s fault, but the other two clearly were from poorly thrown passes.  If Coach Fisher truly doesn’t believe that a change at quarterback is needed, then he is just as ornery as a mule!

The similarities of Jones and Fisher is creating not only media outraged, but also public criticism. My question is why would a team owner bench a player that has performed and played as well as Prescott has played, and a head coach refusing to bench a player that has thrown interceptions in his last fives games, four of the interceptions were thrown on drives that could have potentially tied or won the game for the Rams?

My thoughts are, if Jones benches Prescott from Romo’s return and they lose out, it would be a complete meltdown and the Cowboy nation will go insane. If Coach Fisher does not play Jared Goff, and Keenum continues to start and play poor, then the Los Angeles Rams fans will once again turn their back against the Rams by refusing to show up for home games.

The Rams organization can’t afford this attention nor the scrutiny by allowing the fans to resist because of the coach’s indecisions. Personally, I’ve supported Coach Fisher and Case Keenum up to this point. However, after Sunday’s game, I knew for a fact that Keenum’s was over and it was time for Goff or Mannion to be named the new starting quarterback. Shaking up the coaching staff such as the offensive coordinator as well as the offensive line coach also needs to be replaced.  The project of Alec Ogletree playing middle linebacker is not working either, he should be moved back to the outside where he has played effectively throughout his short career.

If these changes are not made soon, let’s just say realistically Fishers days may be numbered in Los Angeles.  Sunday’s loss joined Jeff Fisher to a list of coaches of none who would enjoy being a part. Fisher has lost his 160th game as a coach and placing him only two games behind the legendary Tom Landry.  If Fisher loses three additional games after tying Landry, he will then tie with Dan Reeves as the most losses by a head coach. Fisher is due a three-year contract extension that has been reported since week one. If this is true, Fisher must really have something hanging over Stan Kroenke head for him to accept his franchise recent losses.

My opinion is to shake it up quickly or witness the Rams faithful once again turning their back against the organization until Fisher is fired.