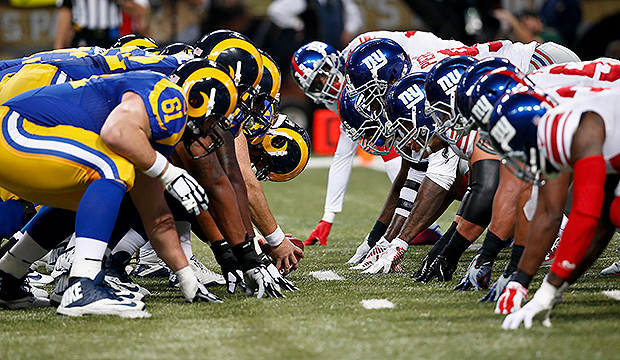 This week the New York Giants will travel to London to face the “Home Team” Los Angeles Rams.  The game will be played at 8:30 AM ET and both teams have their share of injuries and both teams used an interesting term this week, doubtful.  Doubtful is interesting because the NFL removed the term from the requirement of the injury report.

The Giants have a decent amount of injuries but it looks as though they won’t be without any major players this week.  The one that may be more important than first glance is long snapper Zak DeOssie which could lead to a big play if a snap goes badly.  There was really no question if OBJ would be available this weekend and it looks as though RB Rashad Jennings will look to help get the Giants run game going that ranks dead last in the NFL.  All in all, this report looks to be positive for the Giants.

The Rams also feature a decent amount of players on their injury report but once again those injuries are focused at the defensive line.  Good news from that is that both William Hayes and Robert Quinn are looking as though they may play which would be a huge plus for their defense.  Once again we will likely not see rookie sensation Nelson Spruce and guard Jamon Brown who played well last week before being injured.  Another positive for the Rams is the absence of Cody Wichmann from this weeks report.  Considering all angles, the Rams will miss Brockers on the defensive line and of course Johnson at corner but if they are able to have both starting defensive ends this week, their defense will no doubt take a step up in the right direction.