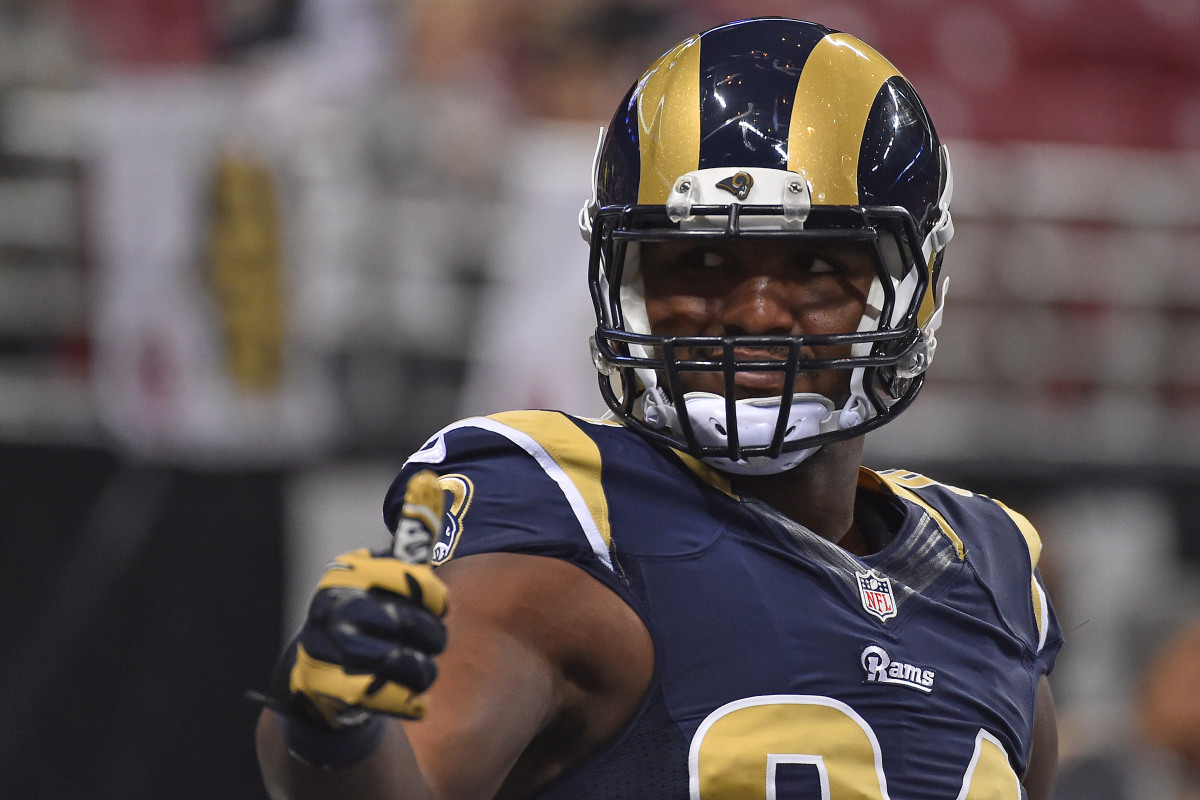 It’s Wednesday and the Rams are finally practicing after getting down to London for their game this week against the N.Y. Giants. Here is the injury report for today:

The main things that should stand out are the fact that Robert Quinn got back on the practice field today and star WR Odell Beckham Jr. did not practice today. Those two have to be the biggest game-breakers going into this contest. We have seen both Quinn and Beckham Jr. change the entire game in crunch time. Beckham Jr. obviously with his run after the catch ability and Quinn with his ability to force crucial turnovers and use his speed to chase down a scrambling QB.

Of course the Rams do have Trumaine Johnson listed as questionable for now which is very interesting. I fully expect him to be ruled out for this game especially with the bye coming up but if he does some how play it would be interesting to see how well one of the rising stars at CB squares off against one of the best WR’s in football.

If Trevin Wade and Eli Apple don’t play that means the Rams could realistically end up playing against two ex-Ram CB’s Janoris Jenkins (which is a given) and recently-cut CB Coty Sensabaugh.

Overall it’s a relatively short injury report for the Rams but it’s not about quantity it’s about quality and the Rams have their star CB and run stuffing DT not practicing with their two edge rushers being limited in practice. All we know for sure is that if you are a Giants fan you don’t want to see Robert Quinn versus Erek Flowers this Sunday and if you are a Rams fan you don’t want to see Odell Beckham Jr. versus any of your corners this Sunday.

Mid-season Rams Rookie of the Year? None other than LB Josh Forrest by default