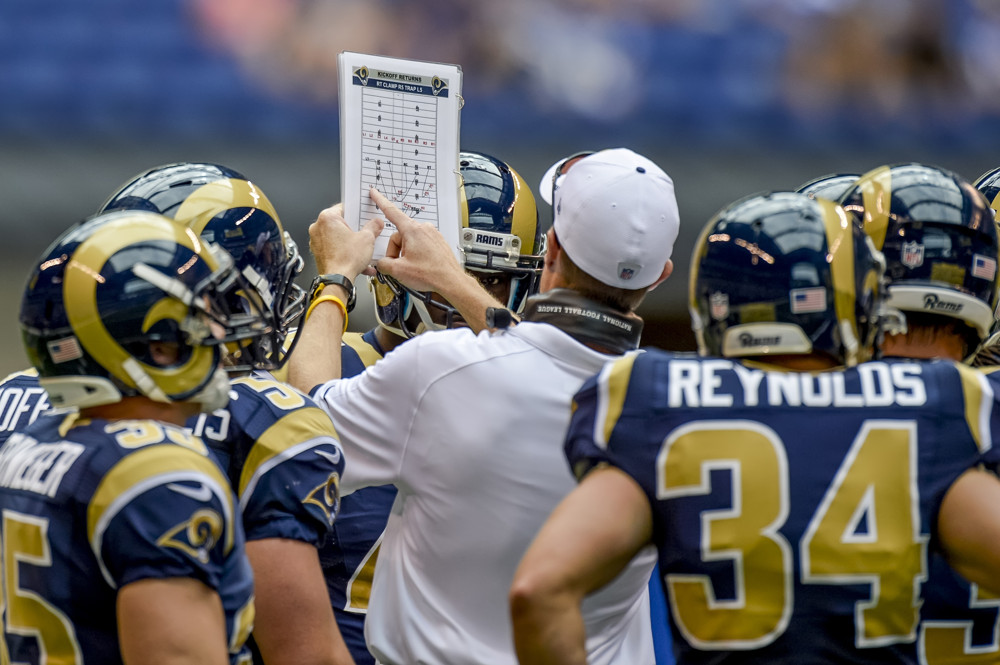 Last Sunday, thousands of Los Angeles Rams fans were livid after the failed attempt of a fake punt on fourth and five.  Bradley Marquez took a direct snap from long snapper Jake McQuaide an ran right and was stopped three yards short of the first down marker by Ronald Darby. After the game, numerous Rams fans took to social media blasting  Coach Fisher’s decision of faking the punt and calling for his termination.

Expect for the Rams defense and special teams to play huge this morning against the Lions.  After examining the Lions special teams statistics I was amazed of my analytical study.

Kickoff returns –  the Lions kicker has only allowed only seven returnable kicks for the league seventh lowest return yardage of 18.4 yards per return and a long of 29 yards. Rams on the other hand, out of nine returns averages 24.3 with a long of 44 yards. Don’t be surprised if special teams coach John Cassel has found a flaw in the return of the Lions and one is returned for a touchdown.  Don’t be surprise if Cunningham finally break the 11 year curse of a Rams kickoff returner scoring a touchdown.  Chris Johnson returned the last Rams kick off return for a touchdown for 99 yards against the Seattle Seahawks in which the Rams lost 37-31.

Punt Returns – surprising enough the Buffalo Bills has allowed the lowest punt return of 2.1 yard per returns to lead the NFL. Last week, Tavon Austin took a punt return for 47 yard gain against the Bills.  However, the Lions is second behind the Bills in return yard average of 5.1 yards per return. Buffalo approach the punt game is to angle kicks toward the sideline and minimize returns. Look for some creativity from Fassel with perhaps of a reverse or throwback if this shall happen in today’s game.

Johnny Hekker has pinned the opposing teams inside of the 20 with an amazing 16 times and also has created 16 fair catches from the opposing teams.  Sam Martin, the Lions punter only have pinned the teams in the 20 six times, and a low of six fair catches. Look for Tavon Austin to take a punt back for a touchdown.  Look for Hekker to throw a pass this Sunday, for either a first down or touchdown. Fisher will go all out this week to quiet not only the critics but the unhappy Rams fans that has been calling for his job.