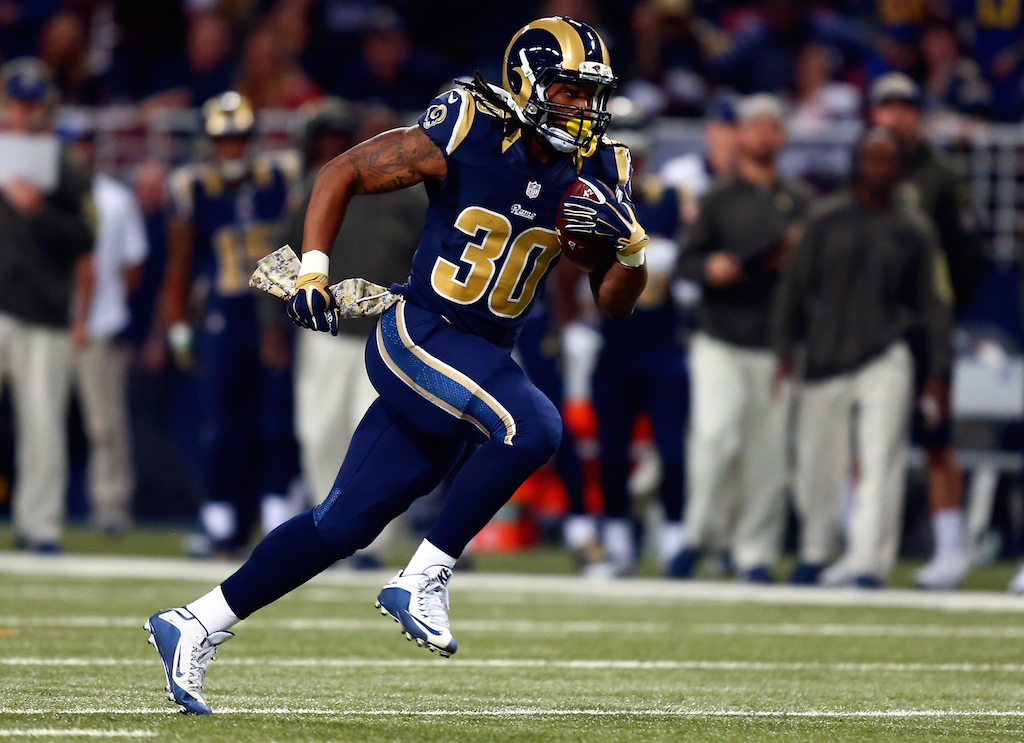 After the first five games of the 2016 NFL season, the Detroit Lions defensive unit has only surrendered two 100 yard rushers by the opposing running backs. In week three, Eddie Lacy rushed for 103 yards as well as Jordan Howard, who rushed for 111 yards in week four.

Rams starting running back Todd Gurley, is set to meet yet another stingy defense that’s been tough against the ground game. Despite allowing just the two rushers over 100 yards, what’s even more impressive with this defense, is that they have not allowed any rushing touchdowns either this season. This defensive line is led by DT Haloti Ngata and Ezekiel Ansah, and outside line-backer Deandre Levy.

According to the Lions injury report, all three players are listed with Ansah and Levy questionable, and Ngata out with an shoulder injury. The Lions being without Ngata, who can control both A-gaps on the defensive, means that Tim Barnes, Robert Saffold, and Jamon Brown should be able to open up holes for Gurley to run through early and often.  Rams starting left tackle Greg Robinson, may have his worked cut out for him if Ansah is active to play on Sunday. Ansah has missed the last 3 games with an bad ankle and will be licking his chop against a lineman who doesn’t protect well against speedy and strong rushers.

The Rams offensive line shall benefit by Ansah if he is inactive on Sunday. There is other young talent they need to worry about such as Kerry Hyder first year defensive tackle out of Texas Tech who leads the entire team with five sacks. Also, Tahir Whitehead, fifth year middle linebacker from temple who leads the entire defense with 46 tackles, in which 33 are solo tackles.

Rams Offensive Coordinator Rob Boras, truly needs to have a game plan intact to keep the Lions defense unbalance the entire game. The offense will need to control the clock as well as having a well balanced offensive attack, by passing the ball early and often and mixing in the run.  However, Case Keenum will need to be extra careful on throwing the ball on the Lions corner Darius Slay.  Slay had a last minute interception against the Philadelphia Eagles last week, which was key to the Lions upset win over the Eagles last Sunday. Keenum will need to be sharp and accurate to give the Rams hope to win on Sunday.

Expect for Todd Gurley to be busy on Sunday not only as a runner but as a receiver catching the ball out the back field.  Look for Gurley to get in the end zone by a receiving touchdown as well as a rushing one, and getting his first one hundred yard rushing game. If the Rams are able to get Gurley going early, look for them to win a wild shootout 38-34.