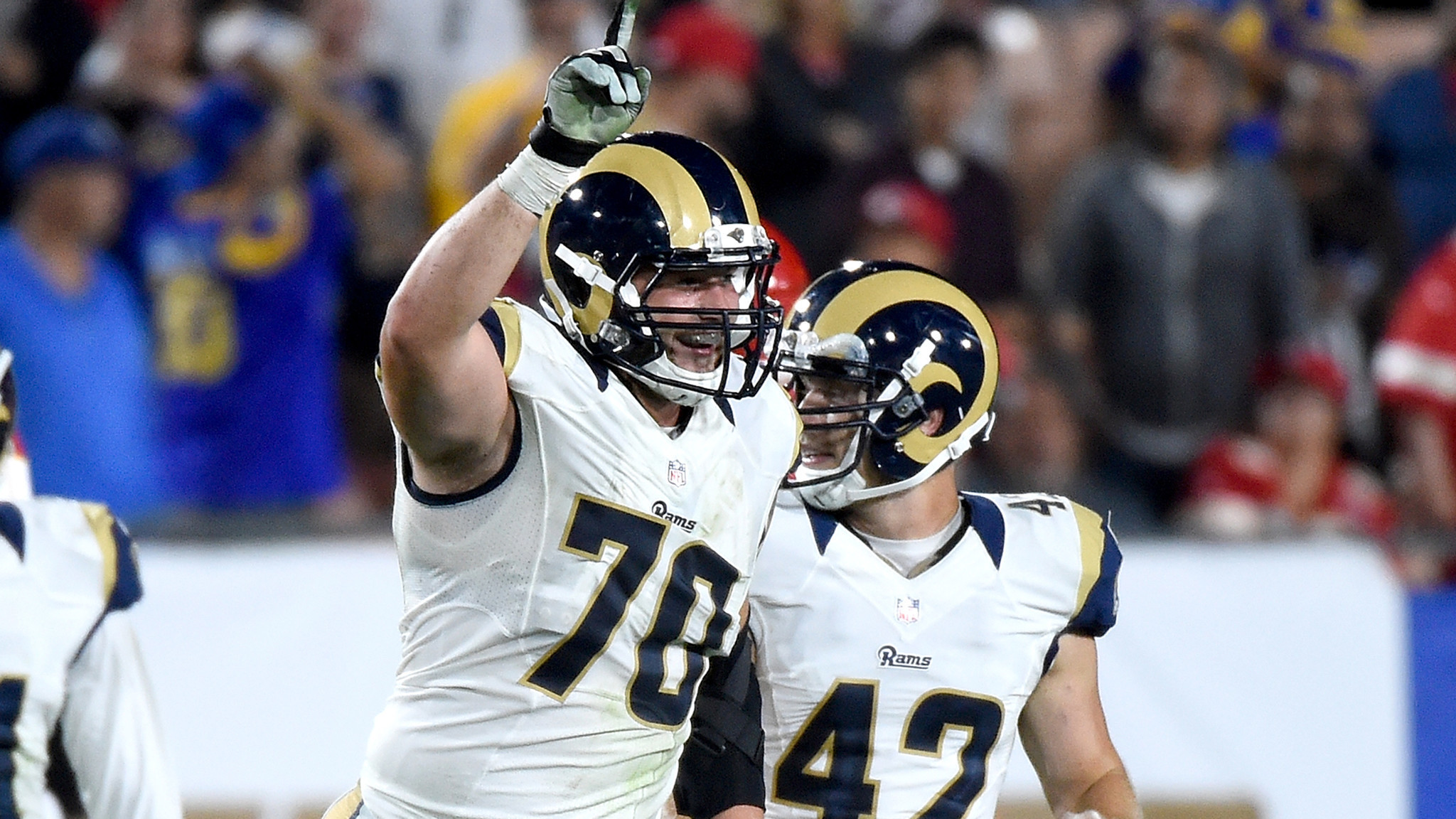 The Morgan Fox project is not over yet in Los Angeles as according to team insider Myles Simmons, Fox has been reverted back to the team’s practice squad. The Rams waived him after claiming ex-Jaguar CB Dwayne Gratz. The team clearly felt like he would be safe and they were right.

The recent move of Fox leaves one more spot open on the Practice squad. That could be a sign that a player like WR Mike Thomas or TE Temarrick Hemingway could be on thin ice as far as the active roster goes. Thomas has contributed well on Special teams where as Hemingway is really having a rough time and has been unable to get on the field on offense.

For Fox he could get another last second promotion depending on the status of injured Defensive linemen: Michael Brockers, Robert Quinn and Will Hayes. Fox is going to have to get used to coming off and put back on the practice squad as that is the price you pay when you join a team with one of the best Defensive lines in all of football.