Is it time to start a complete shuffle of the Rams O-line? 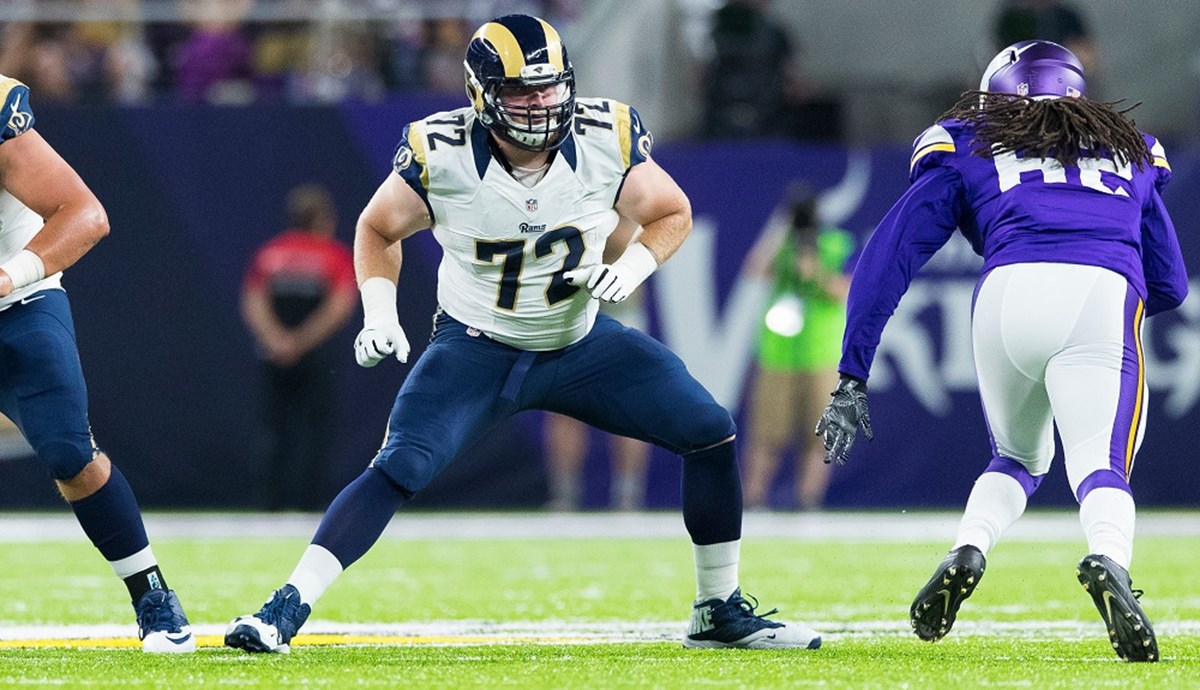 The Rams are 3-2 but that’s with no offensive line and a quarterback that is average at best. Well, things aren’t working for the o-line. However, there has only been a minimal shuffle and it has taken place at right guard. I think it’s time to make some changes up front. How bad has this unit been? Our new writer Ed Henderson wrote about the offensive line coach here Check it out below according to Pro Football Focus.

“The Rams are winning games, but it’s certainly not thanks to their offensive line, which has been playing poorly. LT Greg Robinson can probably safely be labeled a bust at this point, and has allowed 14 total pressures this season. He is currently the75th-ranked OT at PFF, with a grade of 35.4. Rob Havenstein may be the best of the group this season, and his overall grade is just 72.1, with three of the five Rams’ O-line members grading lower than 53.0. RB Todd Gurley has gained just 2.6 yards per carry, and 193 of his 217 rushing yards have come after contact, meaning, on average, the blocking has gained him 0.3 yards before being hit, or just under a foot per rush.”

This is exactly why it’s time to mix things up. Clearly this personnel isn’t working and it’s not magically going to start working. Lets just start by saying the worst graded offensive lineman is the former no.2 overall pick in 2014 and happens to be playing the second most important position on offense. It’s been time for the Rams to move Greg Robinson back inside at guard. He clearly has no clue what he is doing because his technique is an absolute mess and consistently causes him to get beat inside forcing him to hold his man which ends up being a penalty.

The second lowest offensive lineman grade is the center Tim Barnes who in no way has earned the right to start. He has been a train-wreck from the word go and the Rams refuse to admit it. Of course, during the off-season the Rams had a potential stud at center in Eric Kush. They oddly enough decided to let him go and the fact of the matter is he was probably better than Barnes. As shoddy as Demetrius Rhaney’s career has played out you can’t get much worse than worst starter in the league and that’s Barnes.

So what’s next then? Well I think you need to give the backups a shot. Throw in Pace Murphy at Left tackle and move Robinson in at Left guard. Murphy was shocking to see make the 53-man roster. I think it’s time for us to see what they have in this guy.  Saffold has spent plenty of time in the past at Right guard and Robinson was a Left guard back in his rookie year. As far as Right tackle goes Rob Havenstein is our best offensive lineman so it would be foolish to bench him and obviously it’s time to bench Barnes. What would that leave the Rams with?

These kinds of mass shuffles either pay huge dividends or completely cripple the offense however, the Rams are 3-2 with an offensive line that seriously couldn’t be any worse. Nothing is working in the pass blocking or run blocking game and it’s time to retool and get ready for when Jared Goff takes over. This may not be the sexiest looking line but that you can blame the Rams front office for. Regardless the Rams need to work with what they have and this is their best option without trading assets to acquire someone.