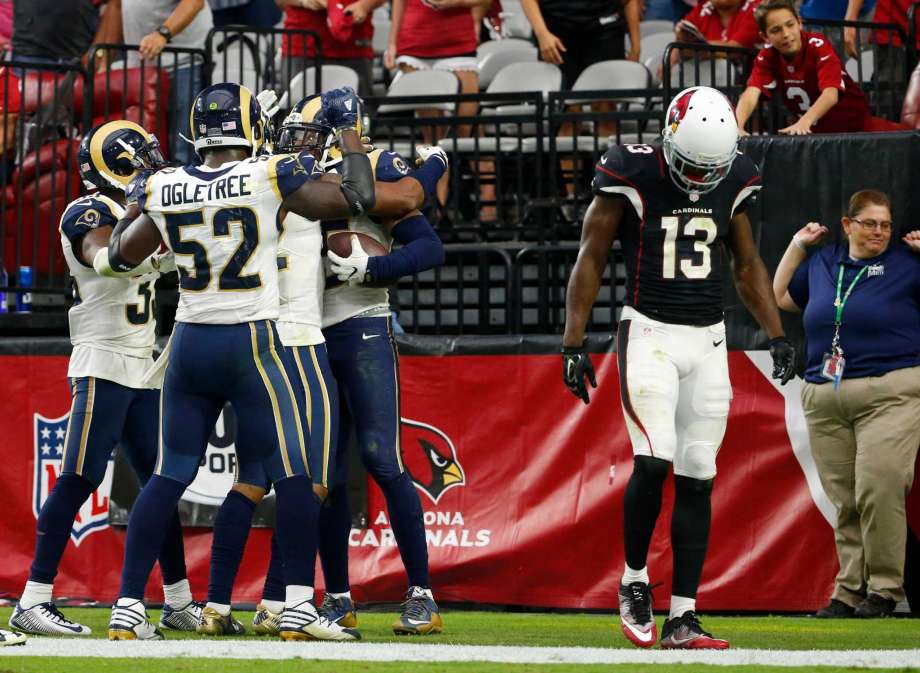 How does that look, my fellow Ram brethren?

LA at the top? Cards locked in the basement? Hehe..

The Cardinals season is slowly starting to spin out of control. What began as a Superbowl-contending season has turned into a disaster of a campaign. Carson Palmer has officially been ruled out for this matchup, and won’t be traveling with the team. They still have a few weapons on both offense and defense, including David Johnson and Pat Pete, but with Drew Stanton at the helm, their season may be coming to an unrecoverable situation.

The 49ers have injury concerns of their own heading into tomorrow night’s game. Their all-pro linebacker Navarro Bowman has been ruled out for the season for the second time in his career and they still have questions all over their roster as Chip Kelly’s first season is going… as planned. Even more, the 49ers are still only 2.5-point dogs. This game could be a car wreck: too ugly to not watch.

The Rams come off an extraordinary away victory, making it two in a row and placing them atop the division, owning the tie-breaker with the ‘Hawks. The best (or worse) part about their performance thus far is they’ve been able to roll off three straight wins with Todd Gurley II not being able to eclipse 3 YPC. Case Keenum has played above average, and players like Brian Quick, Lance Kendricks, and Lamaracus Joyner are showing why they deserve to be on the team. Kenny Britt has been dependable, on pace for over 1100 yards, and defensive anchors Aaron Donald, Tru, and McDonald are proving their worth. This squad has a two game stretch before their bye week that could potentially make them 5-1 and put them in serious playoff contention by the mid-way point.

Flashing Back: The last time the Rams played the Buffalo Bills