Flashing Back: The last time the Rams played the Buffalo Bills 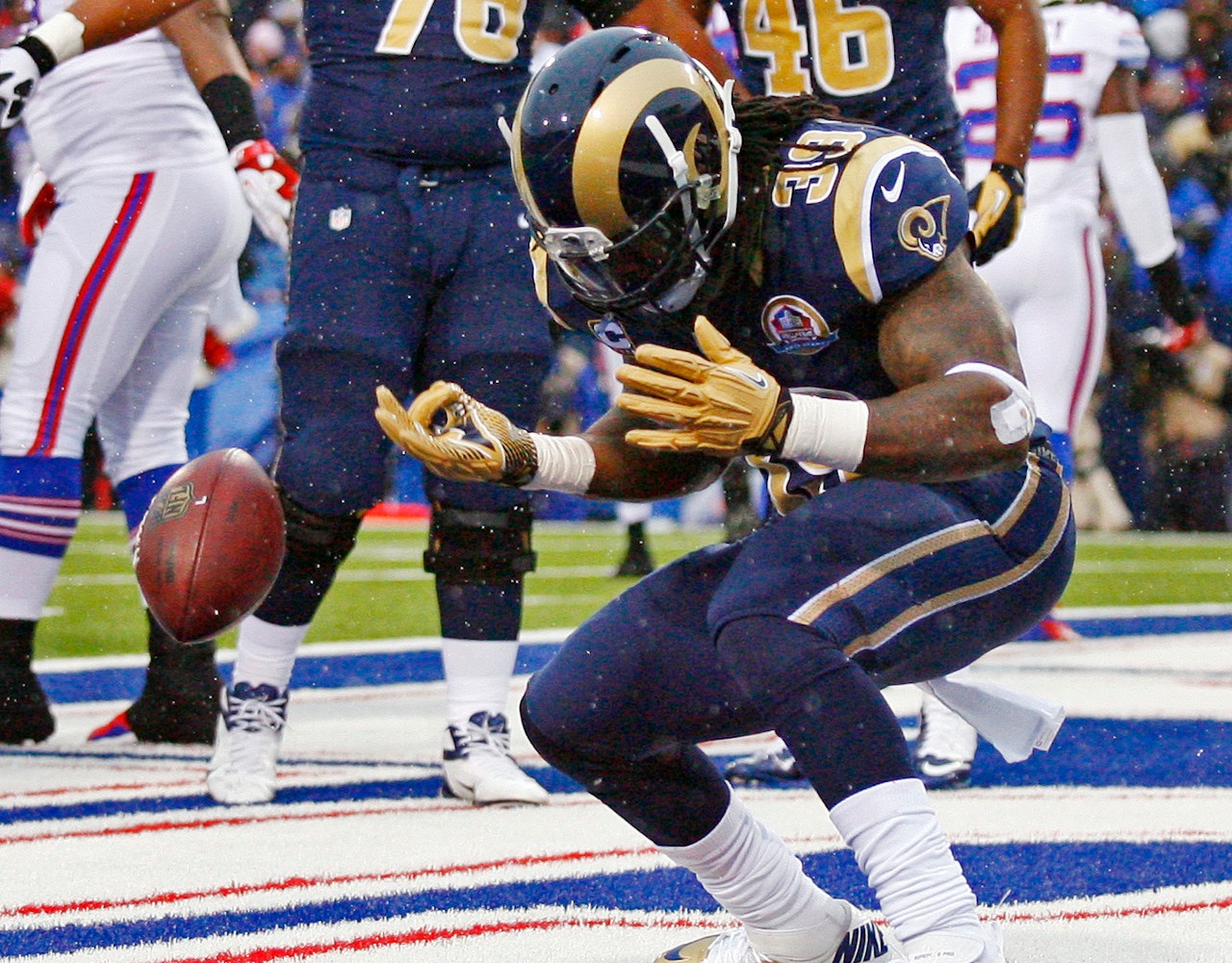 The now-Los Angeles Rams host the Buffalo Bills at the Memorial Coliseum for the first game they have squared off in since 2012. I actually have a very good memory of what happened the last time the Rams played the Bills since I was actually in Buffalo for this contest.

When flashing back to this game it’s important to realize the Rams were looking to stay in the playoff race with their first three-game winning streak since 2006. The Rams were 5-6-1 needing this win and the Bills were 5-7, proving both teams were clinging on to any little hope of making the playoffs. It would be Rams QB Sam Bradford versus Bills QB Ryan Fitzpatrick and a coaching battle of still-Head coach Jeff Fisher versus now-Jets Offensive coordinator Chan Gailey.

This game was the coldest day I had ever been a part of. There was plenty of snow in Buffalo, New York as to be expected in December and the Rams had a hard time moving the ball on offense. The defense however, repeatedly got in the backfield and disrupted Fitzpatrick. DT Michael Brockers had 1.5 sacks, DE Robert Quinn had a sack, DT Kendall Langford had a sack and DE Chris Long tallied a half of a sack. With the continuous pressure from the Rams front-four Fitzpatrick was rushed into throwing an interception to former-Ram LB Jo-Lonn Dunbar to seal the game for the Rams.

On the Offensive side of the ball it took until the third-quarter to score points as the Rams were down 6-0. RB Steven Jackson plowed his way into the end zone for a one-yard touchdown. The Rams had their young QB Bradford lead them down the field for a game-winning touchdown to former WR Brandon Gibson that left just 48 seconds left on the clock. That however, would not have happened if it weren’t for WR Austin Pettis’ crazy jumping seated catch and his ability to haul in a pass thrown behind him on fourth-and-one. The Rams ended up going for the two point conversion and won the game 15-12.

Now this Sunday times have changed which is ultimately the cool thing about these non-conference games. The Rams only play the Bills once every four years. Which is crazy because the last time they played the ideal faces of the franchise in DT Aaron Donald, RB Todd Gurley, WR Tavon Austin, MLB Alec Ogletree all weren’t on this Rams team they were still in college. The same goes for the Bills who didn’t have their starting QB Tyrod Taylor, RB LeSean McCoy, WR Sammy Watkins and CB Ronald Darby who not all were necessarily still in college but they weren’t on the team. It just goes to show you how big of a change teams can make in four years.

That’s not even mentioning the fact the Rams have moved from St. Louis to Los Angeles and no longer play in the Edward Jones Dome but instead the Coliseum. Since teams alternate every four years what stadium they play in, new Head coach Rex Ryan who was formerly with the Bills actually played and beat the Rams in St. Louis with the Jets.

The Rams can improve to 4-1 if they beat the Bills, who are traveling from New York to Los Angeles. Bear in mind the Bills will be traveling to the west coast for the fourth time in the last decade. A decade in which they have lost all of the previous three west coast games. Since 1970 the Bills have had a record of 9-26 when traveling to the west coast. While that is certainly an optimistic history lesson it’s also worth mentioning history doesn’t favor the Rams going back to 2006. The Rams started off the season in 2006 4-1 and went on to lose five straight and finish the season at 8-8. So while the Rams are looking to follow in the 2006 Rams footsteps of 4-1, they also will be looking to re-write history after this game. First and foremost they must take care of Buffalo in the Coliseum.