Rams 3-1 start gets minimal attention : A look around the media's power rankings 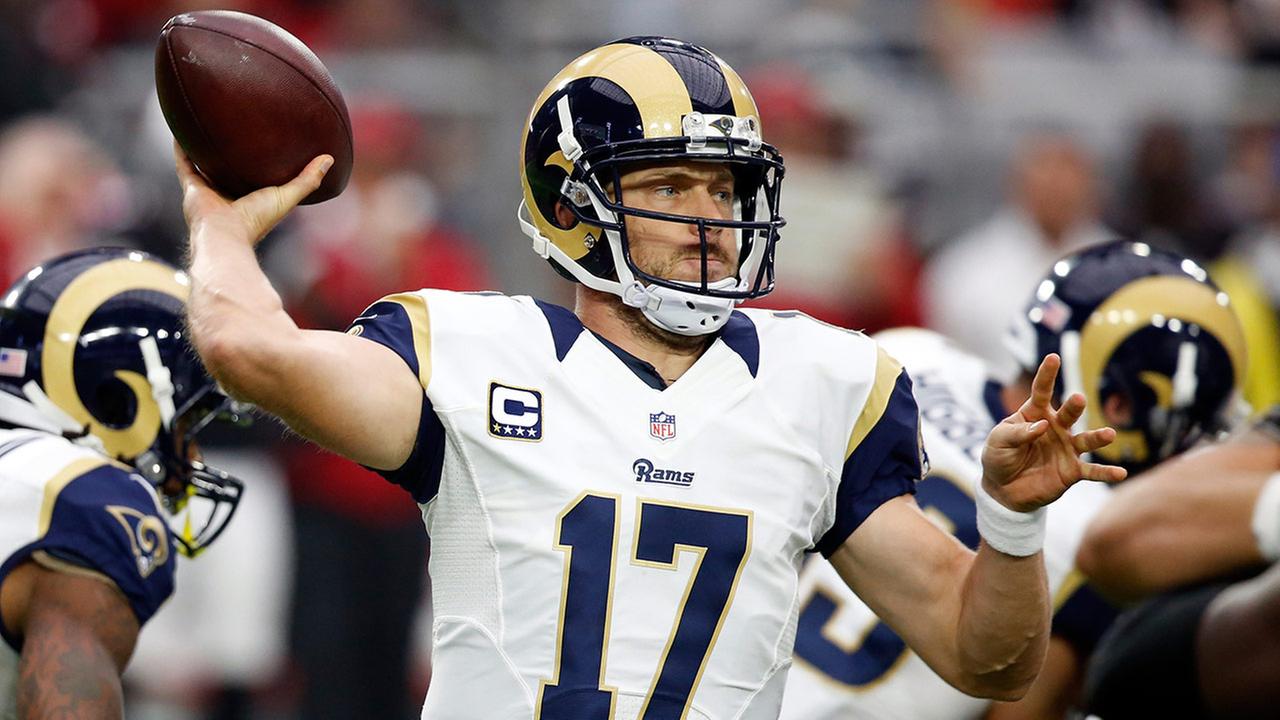 Fresh off their 17-13 win the Rams are soaring and it’s not your typical Hollywood story either. The Rams aren’t winning with Todd Gurley, Tavon Austin or Jared Goff. Case Keenum, Brian Quick and a nasty defense are what are propelling the Rams right now. Here is what the media around the inter-webs thinks about the Rams.

“6-2: There are five quarterbacks who have posted a 6-2 record since Week 14 of last season: Ben Roethlisberger, Russell Wilson, Alex Smith, Kirk Cousins and … Case Keenum. He might not be doing a lot, but he’s doing enough.”

“First place, yo. The last time the Los Angeles Rams were in first place in the NFC West through Week 4 was back in 1989, when Jim Everett was heaving long balls to Henry Ellard and Willie “Flipper” Anderson (whose record of 336 yards receiving in one ’89 game remains the standardJulio Jones was trying to catch on Sunday). Greg Bell ran for over 1,000 yards that year. Yeah, but defenses sure didn’t focus on Bell the way they hone in on Todd Gurley — which is why all the talk about the Rams being 3-1 “without Gurley doing anything” is nonsense. Watch the games.Case Keenum is getting open looks downfield because of the opposing defense’s preoccupation with Gurley on standard running downs. Opponents are basically saying, “We’ll make Case Keenum, Brian Quick and Kenny Britt beat us.” On Sunday, they did just that.”

“The one optimistic thing you can say about the Rams offense is Todd Gurley can’t be this unproductive all season. He has had some tough matchups. The line blocking for him isn’t good, and defenses won’t respect Los Angeles’ passing game, but Gurley is too good to be averaging less than 3 yards a carry. That will change.”

“At 3-1, the defense is carrying this team. But at some point, you have to score more points.”

“On the opposite side of the spectrum are the Los Angeles Rams, who have three wins despite an offense that doesn’t do a whole lot of anything. But the team’s physical defense, led by Aaron Donald, had another great day on Sunday against another divisional opponent.”

“If their two best players — RB Todd Gurley and DT Aaron Donald, both of whom command constant gameplanning from foes — get going, watch out.”

“Los Angeles has shocked the league after a disappointing start to its franchise’s rebirth. The Rams forced five turnovers against the division-rival Cardinals, including a strip sack by Aaron Donald that forced Carson Palmer out with a concussion. The Rams picked off Palmer and his replacement Stanton three times, each interception coming from a different player. Brian Quick had the two touchdowns for Los Angeles, including one within the final three minutes of play. There is concern regarding running back Todd Gurley, who has struggled to carry over his rookie success into this season. The Rams hope he didn’t leave his abilities in St. Louis, as they’ll need him down the stretch if Jared Goff ever sees the field. Gurley had just 33 yards on 19 carries, and is averaging less than three yards per carry this season.

Next week: The Rams host the Buffalo Bills, who are coming off a shutout win in New England. Buffalo is dealing with several key players to injury, including Sammy Watkins.

Playoff hopes: Currently sitting in first place in the NFC West, Los Angeles looks to be in good position to possibly have a playoff team back in town.”

“Case Keenum has proved me wrong.

I doubted his ability to lead any offense—even Los Angeles’ ball-control one. But he’s been much more than a game manager; Keenum makes good reads, is sneaky evasive in the pocket and always delivers a catchable ball. He gave the Cardinals defense some trouble.

But I’ve never wavered on this defense. Aaron Donald and this defensive front seven give up tons of yards because they have one goal: Turning an opponent over.

It’s safe to say they succeeded in that Sunday. They forced five turnovers in a game that gave them possession of the NFC West. It’s time to recognize that.

Looking ahead: Buffalo has momentum heading into this week. The Rams have Donald. I’ll take Donald.”