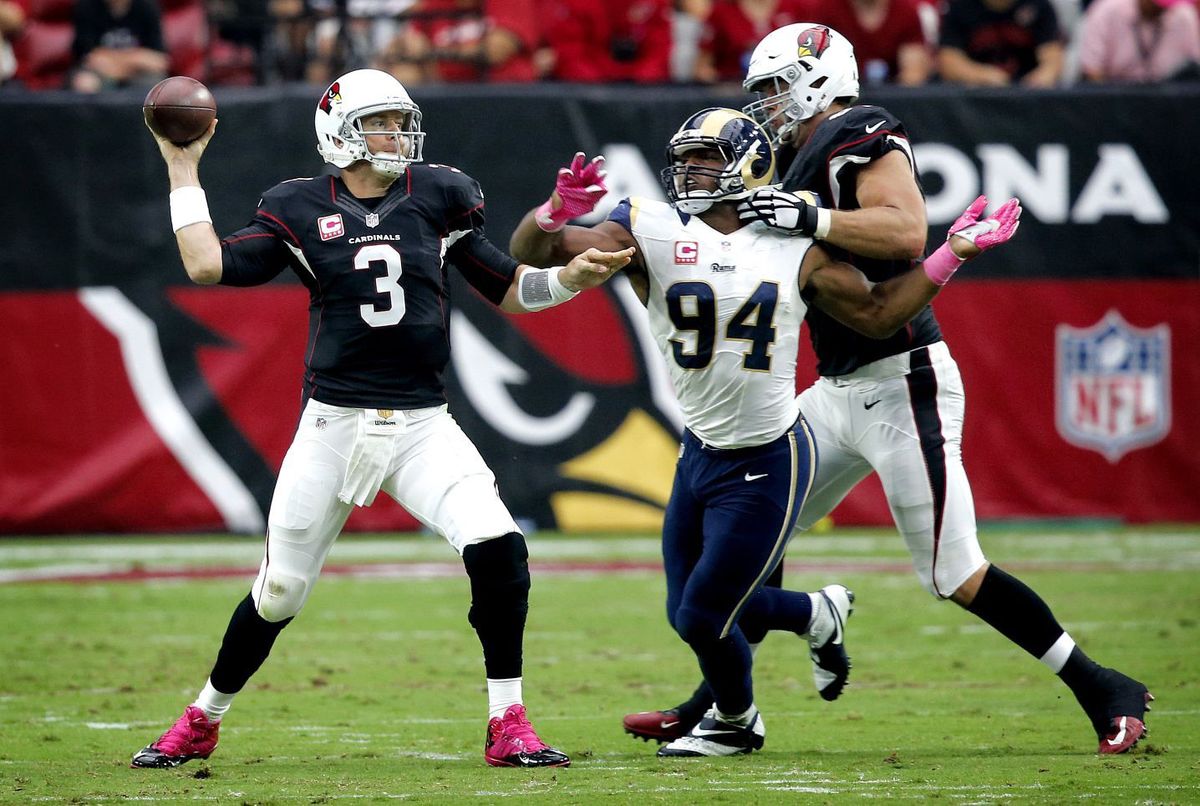 The Rams are facing their rival Arizona Cardinals again at the University of Phoenix stadium for the first meeting or two this season.  Here are five bold predictions for today’s contest.

This might end up being completely all done by Cooper but still this kind of production would help significantly. Spruce is hard to read since technically he’s never received snaps with Case Keenum under center and only played one game against third-string talent. However, Spruce could knock wide receiver’s Bradley Marquez and Mike Thomas down to just special teams services for today. The Rams will need all hands on deck to beat their rivals today and the x-factors could be Spruce and Cooper.

For what ever reason fantasy insiders, analysts and some fans even are saying Gurley is about to have a bad year. They fail to realize the offensive line is only getting better weekly, Gurley ran for two touchdowns last week and this was the same week, stadium and team he faced last season in which he broke onto the scene. Gurley knows he is going to need to have that performance again for the Rams to win today. Expect Gurley to get in the end zone one or twice but dominate in rushing yardage.

The Rams don’t like Carson Palmer. Or maybe Palmer doesn’t like the Rams. Can you blame him? Every time he plays this Rams defensive front he gets hit hard all game. Aaron Donald comes into this week “pissed” he doesn’t have a sack. That will surely change this game. The Cardinals have a good offensive line but the Rams have an even better defensive line what should surely win the battle in the trenches.

The Rams will score another defensive touchdown

Last week the Rams scored their first defensive touchdown of the season when Robert Quinn punched the ball out of Jameis Winston’s throwing hand and Ethan Westbrooks not only picked it up but ran it back for a touchdown. This week it seems like Trumaine Johnson is overdue on his interception since he had seven last season. Perhaps Johnson takes one to the house.

This one is an extremely bold prediction as the Cardinals were just stopped in Buffalo last week and are looking to come back home on a mean streak. However, it’s exactly that Buffalo stopped the Cardinals last week and they don’t have the defensive front the Rams have. With E.J. Gaines coming back, coverage should improve and with the defensive front the Rams have (with Hayes or without him) the Rams still should give Palmer a fit all game causing disruption and thus keeping the Cardinals under 250 yards.