Regardless of WR Tavon Austin's status, WR Pharoh Cooper is ready to debut this Sunday 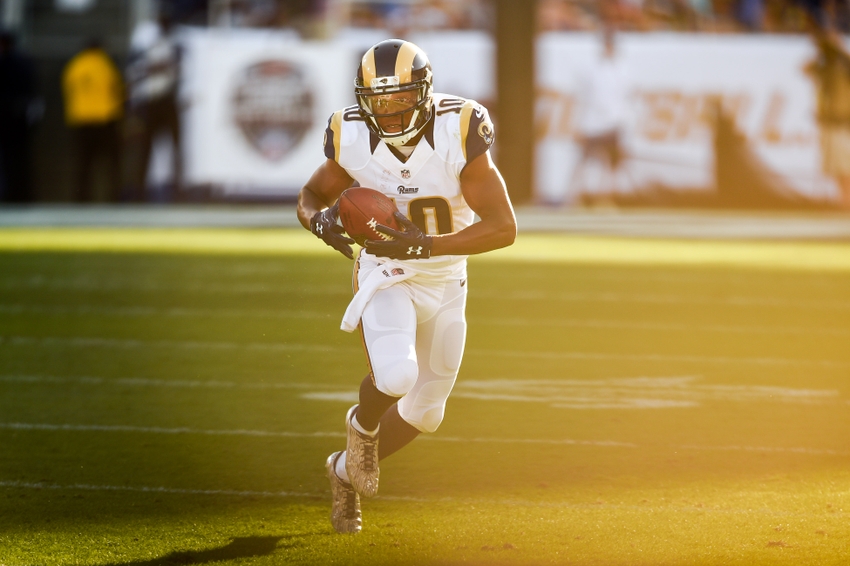 Tavon Austin has been one of the most dynamic weapons for the Rams over the past few years. He has shown that he can do a little bit of everything. He’s mastered the screen game, he can take it up the middle or around the tackle. He can run a mean double move, as shown against the Bucs this past weekend. And as he’s proved most valuable, he can take a punt to the house with ease (assuming there are no flags on the return) and put the Rams in favorable field position. Unfortunately, the weapon I’m referring to may not be available for the Rams this weekend, due to a shoulder injury that he revealed in an Instagram post, and was further revealed in the injury report for the week. In his place steps a promising young rookie who may be his partner in crime on the highlight reel.

Growing up in North Carolina, Pharoh Cooper made a name for himself in a number of positions, exploding into a 4-star athlete coming out of high-school, and attending the University of South Carolina. As a Gamecock, he expanded his role as an athlete, playing downs as a cornerback, running back, receiver, and he even has some quarterback experience. In three short collegiate years, he proved he can be whatever the system wanted him to be. It could even be argued that if there were better quarterback play while he was enrolled at the University (having been thrown to by the likes of Connor Shaw and Dylan Thompson), he would have had the statistics and highlights to be drafted as a top-tier receiver.

Cooper joins the Los Angeles Rams in a promising situation for the young receiver. Yes, there are locked in options as starters such as Kenny Britt and Tavon Austin. But not only does Cooper slide into the slot position as an option, he also offers a diverse route tree, just as Tavon does. He can provide a dangerous option out of a bunched trips set, he can benefit from the attention that Tavon and Gurley get from play-action sweeps, and he can be a decoy himself as he brings his reputation to the field that has been discussed.

So, rest easy Rams fans. Tavon may be limited or may not play at all, but this isn’t the same limited receiving core that we’ve been dealing with in the past. It’s always next man up, and in this situation, it’s something that I, and a number of fans, have been looking forward to all pre-season and up to this point. So sit back, relax with a beverage of your choice, and watch the Los Angeles Rams offense march down the field in a manner that we may not be accustomed to.