Three Rams that are being criminally underutilized 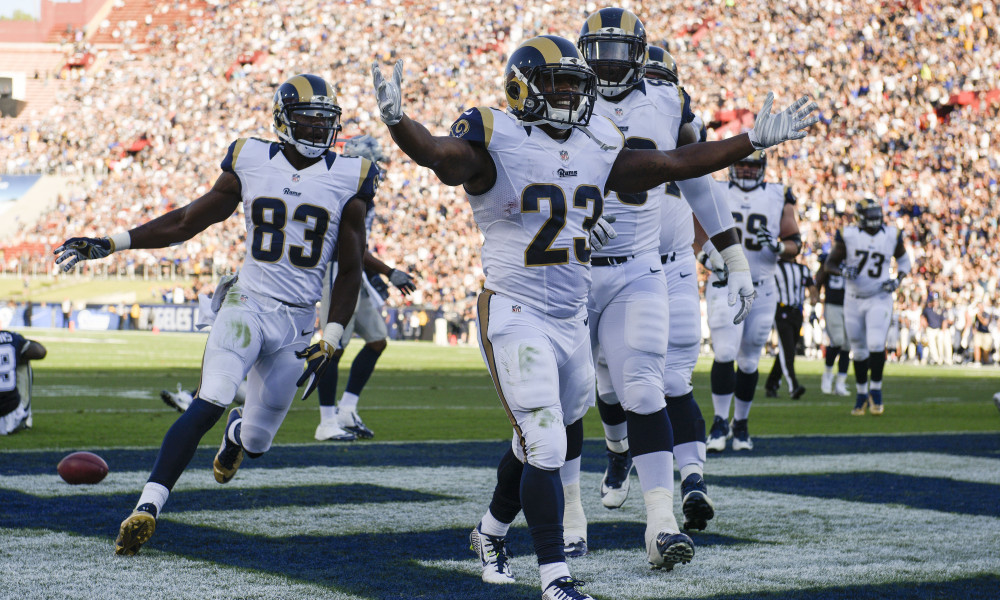 The time is now for the Los Angeles Rams after winning a big road game in Tampa Bay. They are now 2-1 and are headed to Arizona to take on their division rival Cardinals. The Rams however, need to get some players more involved as they have been underutilized. Here are three Rams that need to be used more.

He has been inactive every week of the season which is absolutely puzzling to me. Longacre was rated the no.2 overall player in preseason back-to-back years by Pro Football Focus. He has worked real hard to make the team and looks like he could develop into a good defensive end. So why is he the only one on the defensive line that is inactive? No idea but, its worth mentioning a player who got promoted off the practice squad after only 17 days was activated before Longacre.

Not trying to point the finger or say “I told you so!” however, Jeff Fisher made Longacre inactive and in the game in Tampa Bay Will Hayes went down with an injury and Eugene Sims was ejected from the game. So with that being said the Rams had to move Aaron Donald to Defensive end because of the lack of depth behind Hayes and Sims. Or did they? Well had they activated Longacre that never would’ve been an issue. Hopefully Fisher learns his lesson and activates Longacre for the next game.

I am not one of the many that think this rookie Tight end is going to light it up instantaneously however, I think Higbee will play a pivotal role in finding our offensive identity. So with that being said Higbee’s one catch on four targets for two yards is despicable. This was the first pick after Jared Goff was selected no.1 overall and he only has one catch for two yards? That is insane to me, you saw the ability in college and you saw it in the preseason. What is the hold up? I see him in the offensive sets consistently but as a blocker.

The offensive scheme is very erratic and that was proven in the complete disappearing act put on in the first two weeks but then their random appearance of four touchdowns happened. This offense was throwing things at the wall to see what stuck on Sunday. This week they should incorporate some of their offense from last week but add some play-action and some seem routes over the middle to Higbee and start trying to get him involved.

I am not trying to take a shot at our start Running back but Benny Cunningham undrafted out of Middle Tennessee State looks better in his limited time than first-round pick Todd Gurley. What I can’t understand is why Cunningham doesn’t receive 10 touches a game at least? He could be the Rams version of Darren Sproles, he is shifty but he can also lay the hammer down if he needs to turn into a power back. He’s the Rams best back in pass protection and their best receiving back. He might also be ready to return punts if Tavon Austin continues to struggle.

Cunningham is a do-it-all type player and only continues to improve yearly so my question is this. Why is he receiving less touches than he did last season? Cunningham and Gurley could realistically run a split-black formation and dominate opposing defenses. It will no doubt eliminate the defenses stacking the box with extra defenders against the run. The Rams have a play-maker in Cunningham whether he is the big household name or not Cunningham could become the household name like Sproles is. It’s time for the Rams to use him more, it could really add another dimension to this offense. I am not a fan of a running back by committee but I am a fan of using Cunningham as a change-of-pace back. Ask yourself this, when you have a back like Cunningham who can make plays. Is there really a reason to give Gurley over 25 carries when he is averaging about three yards a carry?

Have anyone else in mind? Let us know!

Jared Goff is coming and Case Keenum should be worried