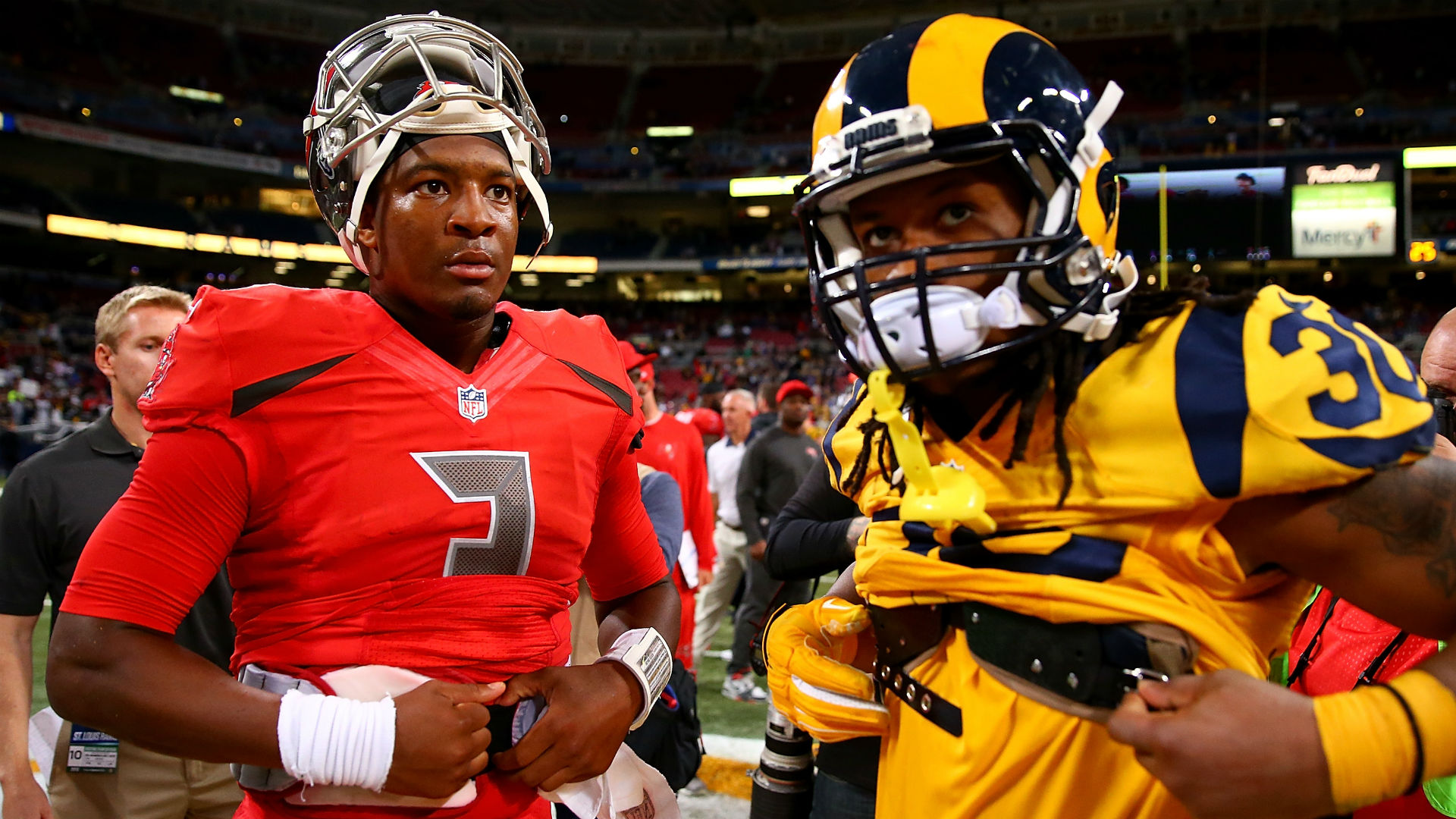 For week three of the NFL season the Rams will visit the Buccaneers in Tampa Bay in what will be a rematch from last year.  Us at Downtown Rams are going to highlight three key matchups that we believe will impact the game this coming weekend.

This week the Rams will focus on trying to score their first touchdown of the 2016 season and it will once again depend on getting running back Todd Gurley going early.  The Rams have been shut down on the ground so far and have gotten seldom chunk plays from its receiving group.  This week will be another test for the faltering Rams offense as they will be tasked with All-Pro Gerald McCoy at defensive tackle and extraordinary talents, Lavonte David and Kwon Alexander, at linebacker.  Alexander is currently leading the NFL in tackles and McCoy has continued his dominant line play this season.  If the Rams want to get Gurley going they may have to loosen up the defense a little by connecting on some Keenum passes early as well.  All in all, if the Rams are intent on scoring touchdowns instead of field goals they must find a way to get Gurley rolling this game.

What will become a regular on this segment week by week will be the offensive line of the opposition vs the Rams dominant defensive line.  This week the Rams will go against an offensive line that is slightly better than the one they played last week in the Seahawks but one that was destroyed last week against the Cardinals.  If the Buccaneers want to get Charles Sims going ,who is filling in for Doug Martin, to take some pressure off of Jameis Winston. They will need to get push on possibly the best defensive line in all of football.  If the Rams are able to force the Bucs into long third downs they could then theoretically earn pass rushing opportunities against a quarterback who is known for throwing balls into traffic when pressured.  Last week against the Cardinals, Winston was pressured and it showed in the box score with four interceptions.  If Donald, Quinn, Brockers, and Hayes can duplicate that pressure, they may even score that first touchdown of the season on defense.  If the Bucs can win in the trenches it will be a long day for the Rams secondary and their fans.

The last key matchup is the aforementioned Rams secondary and Buccaneers receiving group.  When I was preparing for this article I was going to speak about the multiple tight ends that the Bucs boast but here we are two days later and one was released, that one being Austin Sefarian-Jenkins.  Jenkins release does not mean that the Buccaneers do not have receiving weapons however, as they still have one of the biggest and most productive wide receivers in the NFL in Mike Evans and another huge wide out opposite him in Vincent Jackson.  This matchup may depend on the battle in the trenches and it looks to be one the Buccaneers should win if all else is equal.  If the Bucs can stay away from long third downs and keep Winston relatively clean this should be a big day for Evans and company based on the ability of the group.  However, with the re-addition of  EJ Gaines this week, the Rams secondary could look the strongest it has all season even after a strong showing last week against the Seattle Seahawks.  Another question for me will be if the Rams stick with their three to four safety package that was successful last week as well.  With that much versatility and hard hitting ability, it could shrink the room for mistakes for the Buccaneer receivers.  Another factor is that it is believed that 6’2″, number one corner Trumaine Johnson will shadow Mike Evans all over the field this week in what should be an interesting battle.

These three matchups are the three that will decide this game.  Yes field position will matter, yes other units will matter, but these three will ultimately win and lose the game for one of these teams.  Will the Rams get going on offense?  Will the Buccaneers redeem themselves from an embarrassing showing last week?  One of these teams will go into week four with a 2-1 record and momentum while the other will look to rebound against more tough competition.  Both of these teams have tough schedules in the coming weeks and this could be the win that helps them turn this season into a successful one.