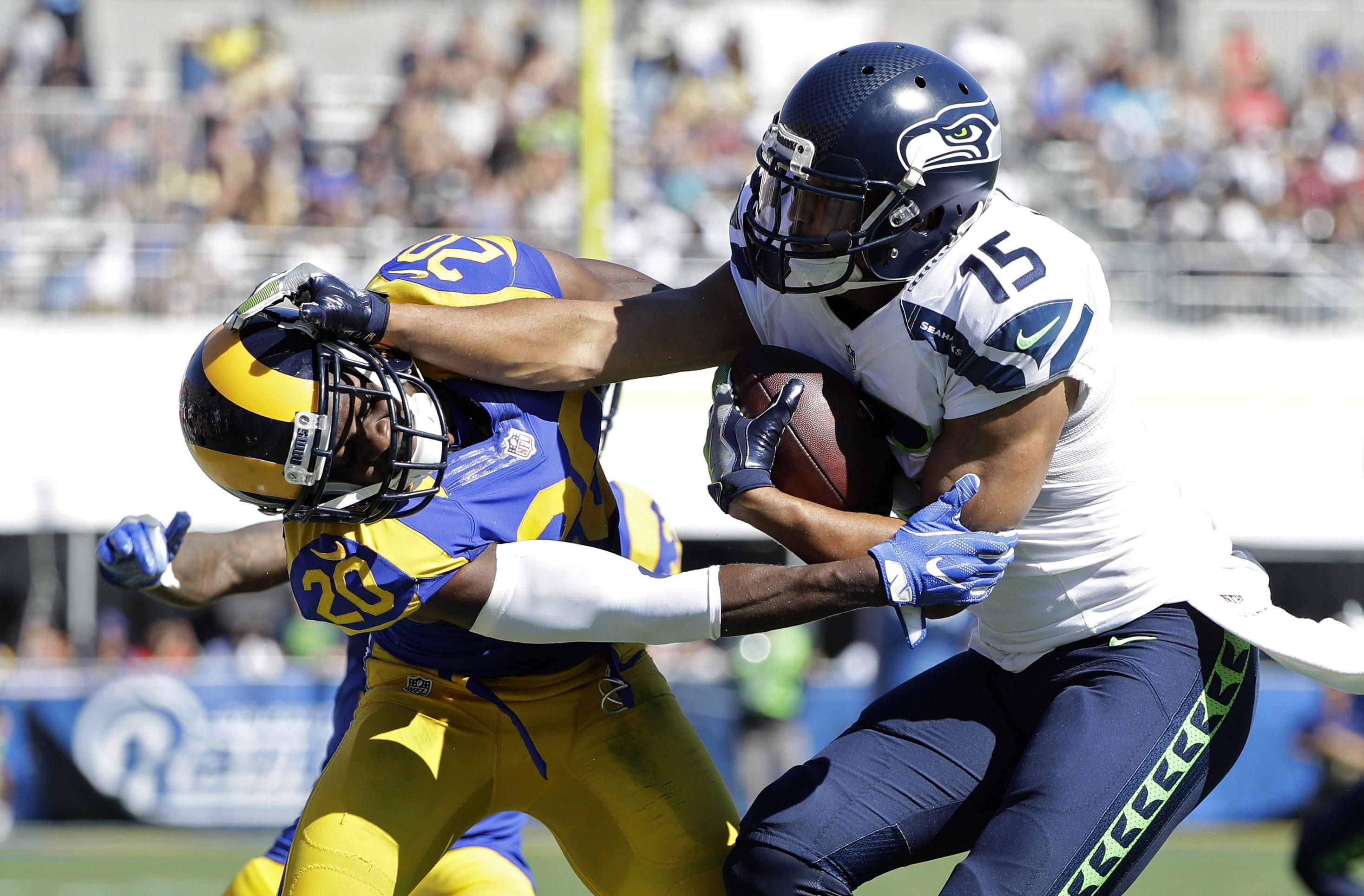 Pro Football Focus loves Aaron Donald and we are aware of that. However, the surprise this week was a player who according to Head coach Jeff Fisher, played 55 defensive snaps with a broken toe. Pro Football Focus tweeted their “Team of the Week” here:

The Rams young nickel Cornerback LaMarcus Joyner had himself a day and he was good enough to snag a spot on the Pro Football Focus Team of the Week. This is extremely impressive seeing as though fellow nickel Cornerback and one of the best in the game at that — Casey Hayward had himself a day for the Chargers. However, his two interceptions apparently weren’t enough to dethrone Joyner from being the no.1 nickel corner in week two.

For Joyner this is huge, this is a guy who might have been on the borderline of making the cut after the way he acted out against his coaches and team. We saw on Hard Knocks during his meeting with Fisher that he loves the game and wants to play the game for more reasons than money. He also wanted to start and Fisher explained to him that as a nickel corner in this defense he is a starter. Whether or not the Rams got rid of LB Akeem Ayers to make room for Joyner full-time is unknown but it does seem like that was the corresponding move to what Fisher was telling Joyner.

If Joyner continues this kind of play the rest of the year he will have shown the fans and coaches exactly why the Rams traded up to get him in the second round. As for Donald according to PFF he is leading all Defensive tackles with the highest overall grade of 94.8 which is way ahead the next player Ndamukong Suh who is at 84.4.