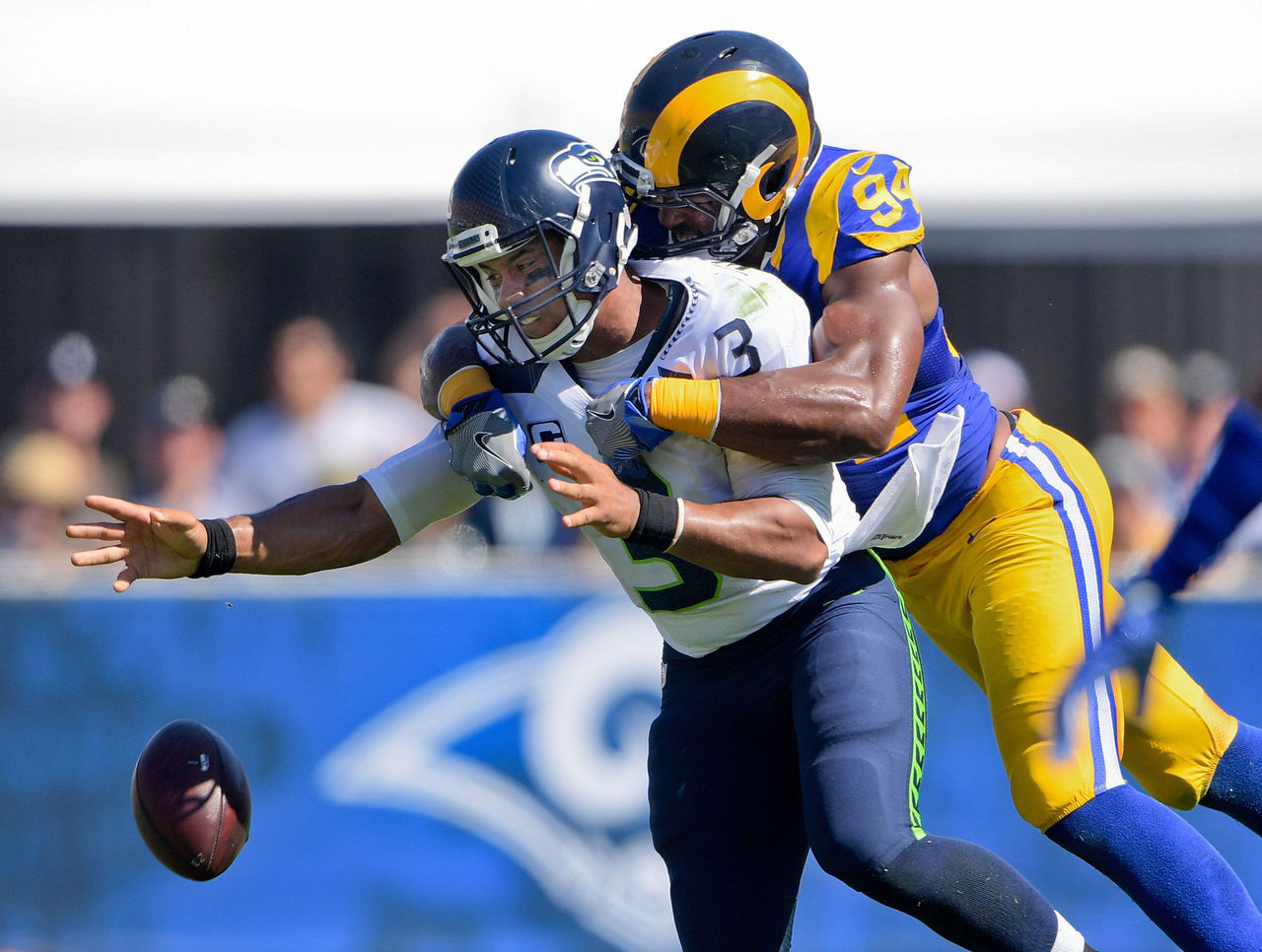 The Los Angeles Rams had themselves a day and a special return home for their loyal L.A. fan base. Pro Football Focus graded the top Rams performers on Sunday.

QB Case Keenum: He improved significantly from last week and that showed in PFF’s grading of Keenum. He went from last week’s abysmal 43.4 grade to the top graded player on the Rams offense with a whopping 80.5 grade that outmatched Pro Bowl QB Russell Wilson. The key for Keenum? No turnovers, and that was the difference maker in this tilt.

WR Kenny Britt: Next in line was last week’s top two offensive performer Britt. He finished last week as the top WR and he only improved this week almost eclipsing 100 yards in the game (which isn’t common for any Rams WR to do). There is a chance this year could be Britt’s breakout season and through two games I would personally call him a must-add in any fantasy league.

LG Rodger Saffold: Former 33rd-overall pick in the 2010 NFL draft Saffold is a former Left tackle that was moved to Right tackle and then to Offensive guard. Let me just say this now, if the Rams have Saffold for a whole season this offensive line will continue to get better. Saffold is a good player his issue has been health. Now that he is healthy he is performing. He believe it or not had a good performance in week one and improved in week two going from his week one grade of 71.7 to 73.3 this week.

RT Rob Havenstein: Right tackle Havenstein had a great rookie year last season but, unfortunately this off season he battled an injury to his foot. Havenstein because of this missed most of training camp and most of preseason. He looked rusty on Monday Night Football but this week he seemed to improve which could be man a steady climb in production as he gets back in the swing of things. He finished this week with a grade of 70.1.

TE Lance Kendricks: He has been pushed off to the side in place for Jared Cook at the Tight end spot for quite some time now. However, with Cook long gone Kendricks showed against the Seahawks he is ready to assume the complete role as the starting TE. He can block that is known but everyone seemed to forget he was a second-round pick out of Wisconsin that was known for his pass catching ability. Kendricks finished with a grade of 70.0 and that should only continue to go up weekly with the chemistry he has clearly built with Keenum.

TE Tyler Higbee: Lastly the fourth-round TE the Rams took in this year’s NFL draft got more playing time and was used in more of a blocking role while Kendricks was going out for the passes. Tyler Higbee figures to be more heavily involved in the passing game more down the road. No matter who the rookie is, rookies in general don’t normally start off with huge roles under Jeff Fisher’s Rams and that can go back to Aaron Donald in 2014 and Todd Gurley in 2015. Higbee sooner or later will have a bigger role in the passing game but it is a good sign he is getting some serious playing time in some capacity.

DT Aaron Donald: What is there to say? The best interior defensive lineman in all of football never slows down. He finished against the 49ers last week (93.3) believe it or not with a better grade then this week (91.6). Still, Donald is an absolute animal in the trenches and finishing back-to-back weeks with a grade in the 90’s is disturbing. Donald will only continue to get better and even when he doesn’t record sacks he still proves to be a complete and utter one man wrecking crew forcing pressure on the QB to cause an even bigger outcome. Donald’s final stat line was four tackles, three solo tackles, two tackles for a loss, three Quarterback hurries and four Quarterback hits.

CB LaMarcus Joyner: After an up-an-down performance versus the 49ers, Joyner brought his nose to the grindstone and played very quality football. PFF ended up grading him at an 85.9 which means he had a really good game. It says so on film but you can even tell on the stat sheet if you didn’t see the game. Joyner five tackles, four of them being solo, a tackle for a loss and two pass breakups. After this performance Joyner needs to build off of this because if this type of play continues he will be one of the best nickel Cornerbacks in all of football.

MLB Alec Ogletree: The “dad of the defense” came out looking like a man on a mission to finally prove to everyone he can take over and fill James Laurinaitis’ shoes. Ogletree was outstanding at times but overall he was consistently really good on the field. PFF graded him last week at 78.5 but he this week he improved to a grade of 85.7. He finished with nine tackles, eight of them were solo, a tackle for a loss and a rare pass deflection and a forced fumble and recovered fumble to win the game. Ogletree could turn into one of the best middle men in the game if he continues with this performance.

DT Dominique Easley: Looking already like he was a steal of a pickup in the offseason, Easley in limited snaps made plays when it counted. His ability is perfect for a team that likes to use a rotation to keep their guys fully rested. Easley had three tackles, one solo tackle and a tackle for a loss. His quickness makes it seem like there is almost zero dropoff when he is put in to relieve one of the starters.

DE Robert Quinn: It’s a good thing when you see no.94 Robert Quinn doing the Bernie. That probably means he just sacked the QB and he really looks like he’s back to 100 percent after the game he had in Seattle. He was graded with an 80.4 grade. He had two tackles, one solo tackle, two Quarterback hits, one sack (should have been two but a T.J. McDonald penalty nullified it…) and a forced fumble.

Did the Rams deny a uniform change waiver in 2016?