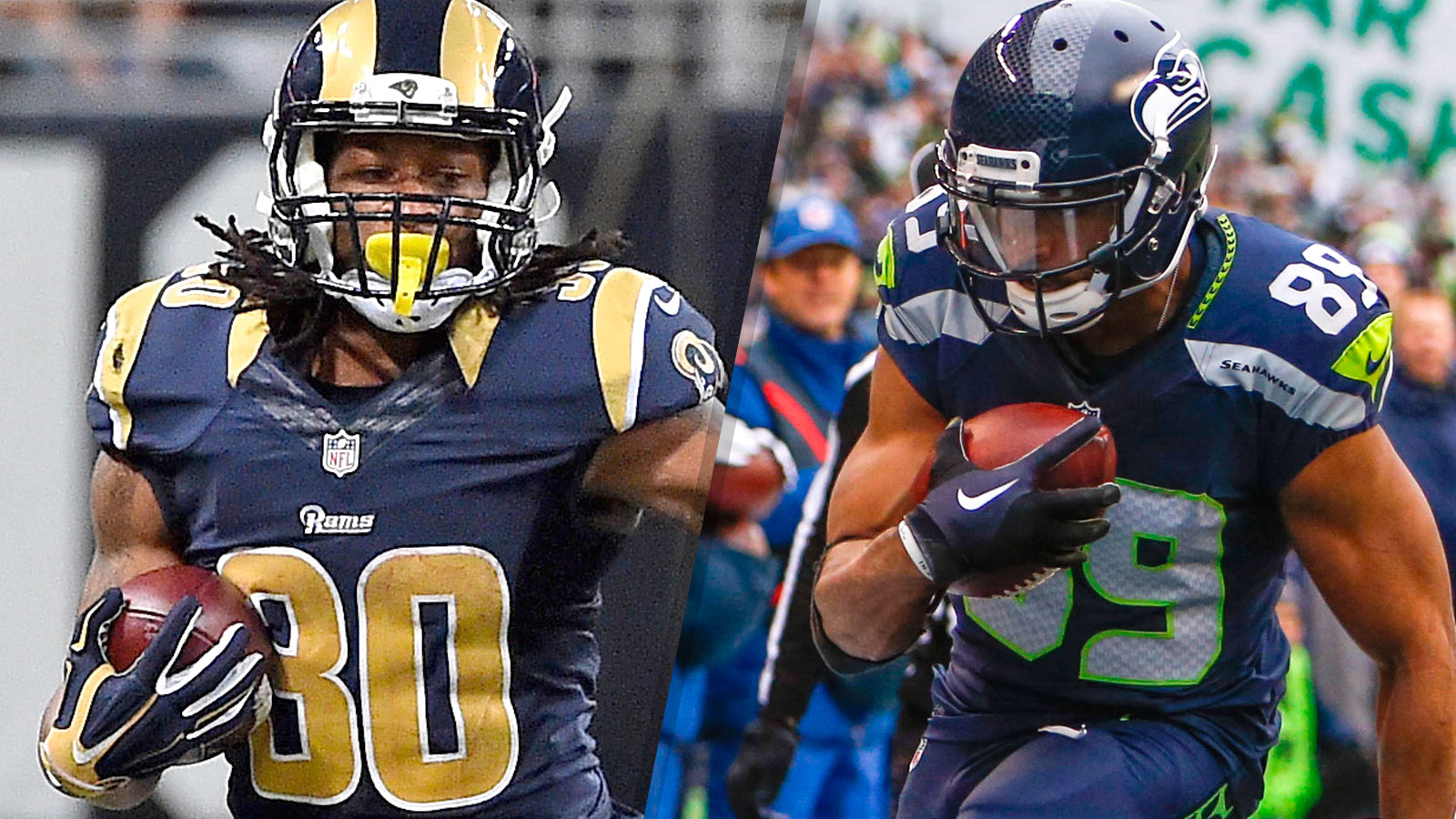 For week two of the NFL season, NFL football will be back in LA for the first time in 20 plus seasons.  We will highlight the players, or lack there of, you should play in fantasy football with our fantasy preview.  The Rams will host the Seahawks and former USC coach Pete Carroll this week in what should be a slow defensive style game.

The Seahawks receiving group should probably be avoided this week but if you must start one of them it would be Doug Baldwin.  With Graham still recovering from injury and Russell Wilson nursing an injured ankle, Baldwin will once again serve as Wilson’s security blanket.  With his high price in daily fantasy however I would stay away and go with more dependable threats for this week.

Thomas Rawls will assume the starting RB position once again for the Seahawks this week and will look to have more of a workload this week than last and should be a decent fantasy play for all types.  With a great price on Fanduel he is a great play for many but with only being a few off the best backs in Draft Kings he could be better for another week.  The Seahawks will likely look to run early and often this week with Wilson being injured which, as Carlos Hyde showed us, the Rams can be ran on if the line can produce push.  However the history of the Rams line against the Seahawks cannot be overlooked when looking at any Seahawk this week.

This may be the highest scoring unit for either team this week as Case Keenum laid an egg last week against the inferior 49ers’ defense.  This week doesn’t get much easier, as life in the West never does, facing one of the best defensive units in all of football.  This could be the game that makes the Rams face reality and play one of their young quarterbacks if Keenum once again looks mediocre.

For Todd Gurley owners last week was scary seeing likely your top five pick in standard leagues get shut down.  Fear not however, Gurley may not be the fantasy savior many wanted but he will however be the top ranked runner in football.  This week will be tough on him but he will gain his 100 yard day by pounding away at the Seahawks.  In a game that is close, Gurley won’t have to worry about losing touches due to the score as he did last week.  His price is still high in daily fantasy so pick wisely.

The Rams defense is the sneaky pick of the week for me as after last week no one will want or look to start any Rams.  For Rams and Seahawks fans however, this may be your defense due to the recent history and success of the Rams front four against the still putrid Seattle offensive line.  The fact Wilson is playing on a hurt ankle should only excite the few who play this defense and based on the sack-a-thon the Rams have had on Wilson the last few years, it’s a bit interesting to see that the Seahawks are actually playing him.  This could be the game we see Wilson take the hits that causes him to miss extended time.  Lets not hope for injury but just be ready to say I told you so to Pete Carroll.

In the end I personally would not start any single player for either of these teams this week due to injuries for the Hawks, ability for the Rams, and history between the two.  The only fantasy asset anyone should play this week would be one of these defenses.  If you play Gurley I don’t blame you as you likely spent a very high pick on him in your fantasy draft but in daily fantasy I would wait until the Rams can show teams they can threaten with the pass.  Otherwise it will be eight and nine man boxes for Gurley no matter how good a running back is that is a losing formula.