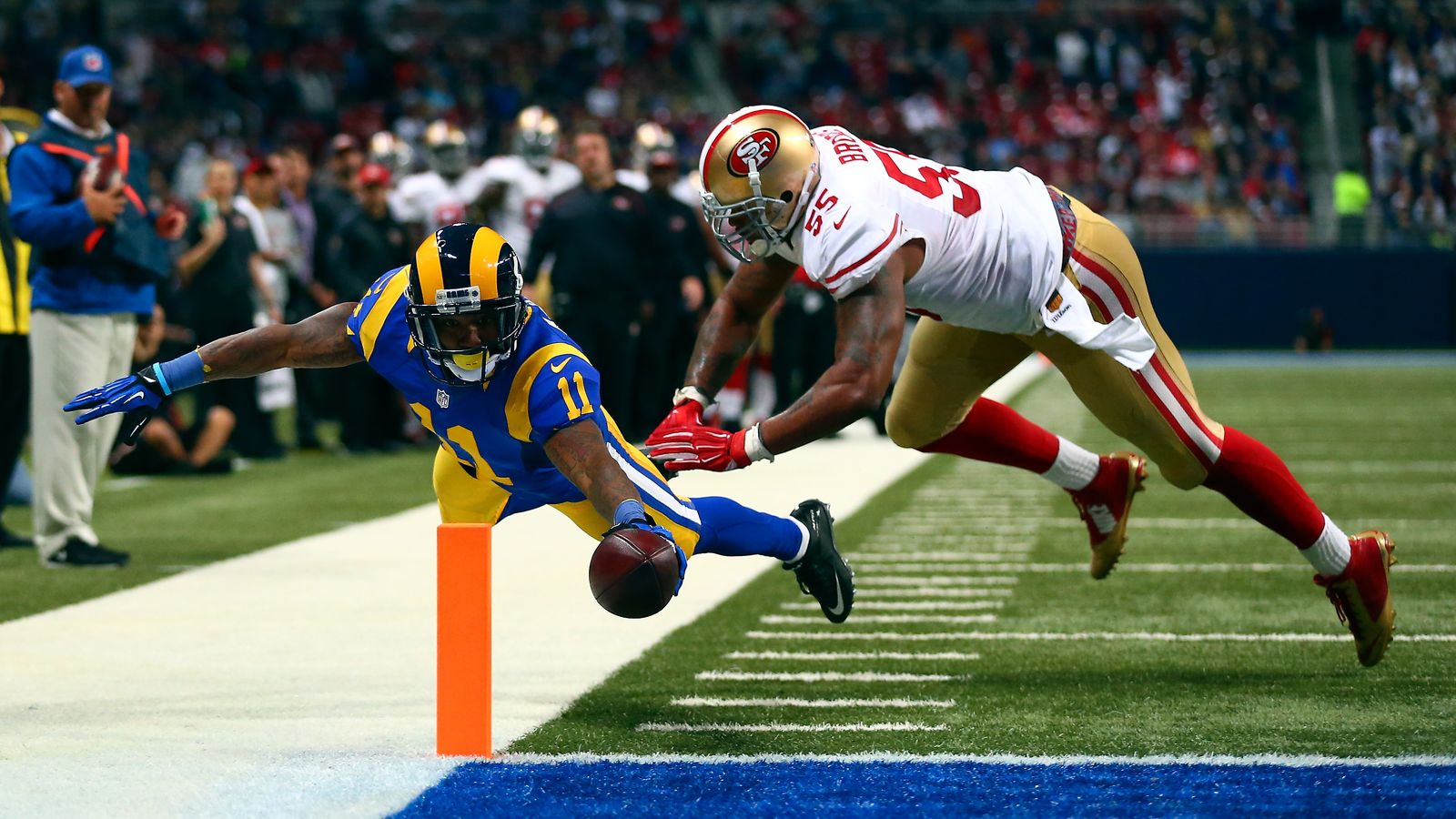 The Los Angeles Rams take on the San Francisco 49ers in the last week one game of the 2016 season. The last meeting between the two teams went to overtime and was won by the 49ers in week 17 last year 19-16. The Rams will be looking to get “revenge” against the division rival and start their 2016 campaign 1-0. Here are 3 keys to victory.

Since head coach Jeff Fisher took over in 2012, the Rams have started slow overall but especially in run defense. The Rams have allowed 134.7 rushing yards per game (31st in the NFL), 4.66 yards per carry (30th), and 18 rushing TDs (tied for 30th) in weeks one through four.

The Rams have a solid front four, but in the past it has taken them a while to get going. With Chip Kelly now the 49ers’ head coach, it’s going to be crucial for the Rams to stop the run and stop Carlos Hyde.

2. Get to Blaine Gabbert

In week 17, the Rams got to Gabbert just once and they paid the price. The former first round quarterback who many consider to be a bust, shredded the Rams’ secondary for 354 yards. Stopping Hyde to put the pressure on Gabbert should be the priority, but when Gabbert drops back to throw, the front four must do their job and get after him.

The Rams have limited offensive weapons which means they need to get the ones they do have the ball early and often. Austin had 62 total yards receiving and rushing in the week 17 meeting and Benny Cunningham and Tre Mason combined for just 82 yards on the ground.

Using Gurley and Austin together was a huge part of the offensive game plan last year whether it be using Austin as a distraction on jet sweeps to open things up for Gurley, or putting the focus on Gurley to open things up for Austin. The two go hand in hand and it will be key for the Rams offense to get them involved.

4. Be Better On Third Down

It was a common theme for the Rams last year, but we also saw some of it in the preseason. This is a team that has been not just bad on third downs and Im not really even sure the word atrocious even does it justice.

Third down is going to be big in this game and in the week 17 meeting, the Rams were 3/13 on third down while allowing the 49ers to go 8/18. The Rams must sustain drives and convert when it matters most.

The Rams are going to need to get going and get an early jump in this game. If they fall behind 10-0, 13-3, or 14-3, that takes out the best player that they have on offense in Todd Gurley which puts them in a lot of trouble. They must get ahead so that they can in turn grind out the win like classic Fisherball.

Unfortunately with no Pharoh Cooper or Nelson Spruce, the Rams just dont have the offensive weapons to stretch the field and overcome a deficit if they have it. The defense must step up early and the offense must score early points.