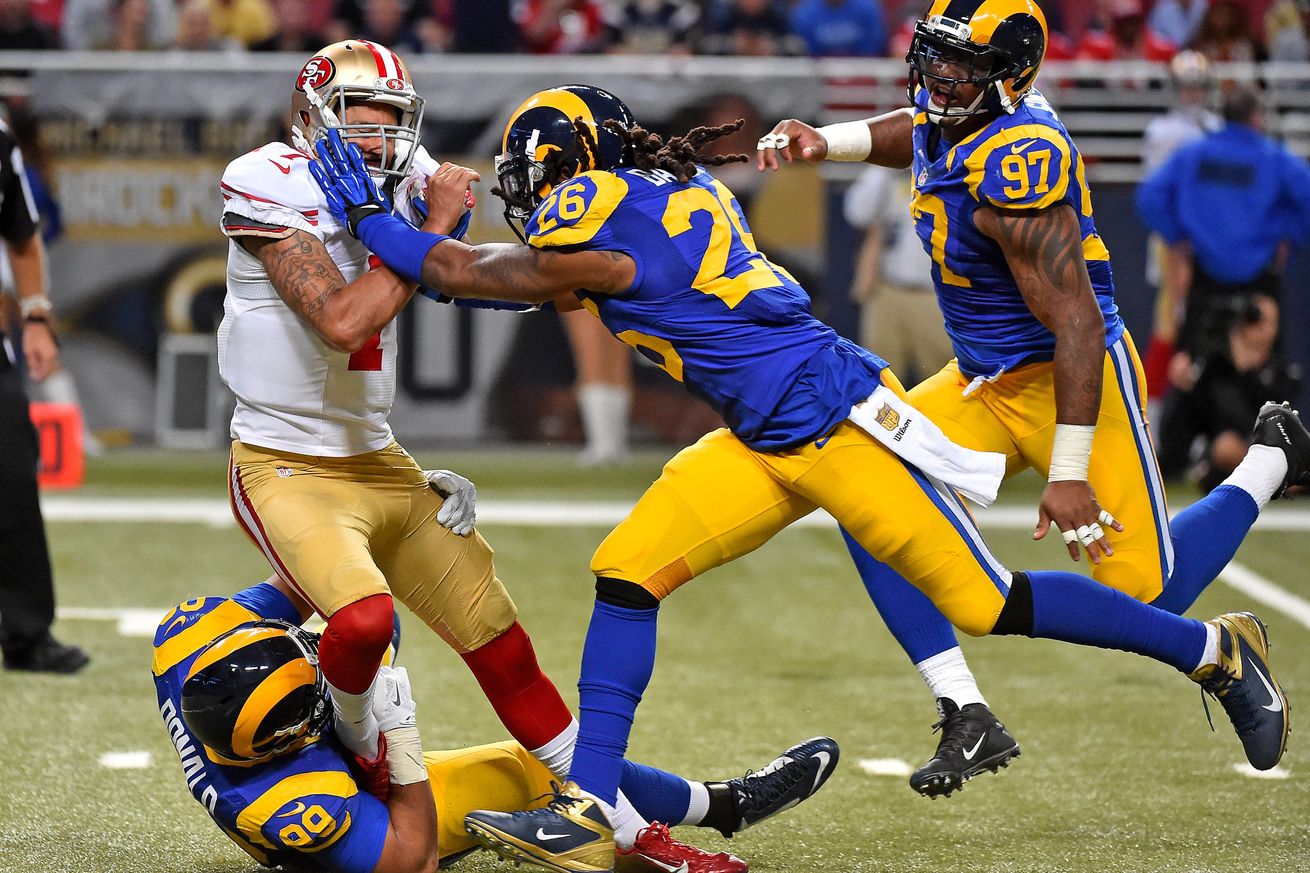 Apparently either the L.A. Rams are supposed to be really good or the 49ers or supposed to be supremely bad but Madden 17 thinks the team that NFL Network and Chris Simms of Bleacher Report predicted to go 4-12, will absolutely dominate the niners in San Francisco on Monday Night Football.

This prediction leaves us hoping this is what comes to fruition but it remains to be seen if the Rams can truly blow out teams like this. As I said in our podcast this week (which you can listen to here). I think the Rams defensive line is going to be so good that it makes the secondary look better than they actually are. I also believe that the offense will be more welcoming to Case Keenum’s arm even though last season he wasn’t given the green light to really throw down the field.

Overall I think the Rams win 31-3 so this prediction is close to my thoughts. One thing is for certain, regardless if you agree with my score or Madden’s score or not you just want the Rams to win this game and win big at that. Anytime it’s a rivalry game there is a little extra juice to both teams so hopefully the Rams go off to a fast start and never look back. We will find out Monday night.