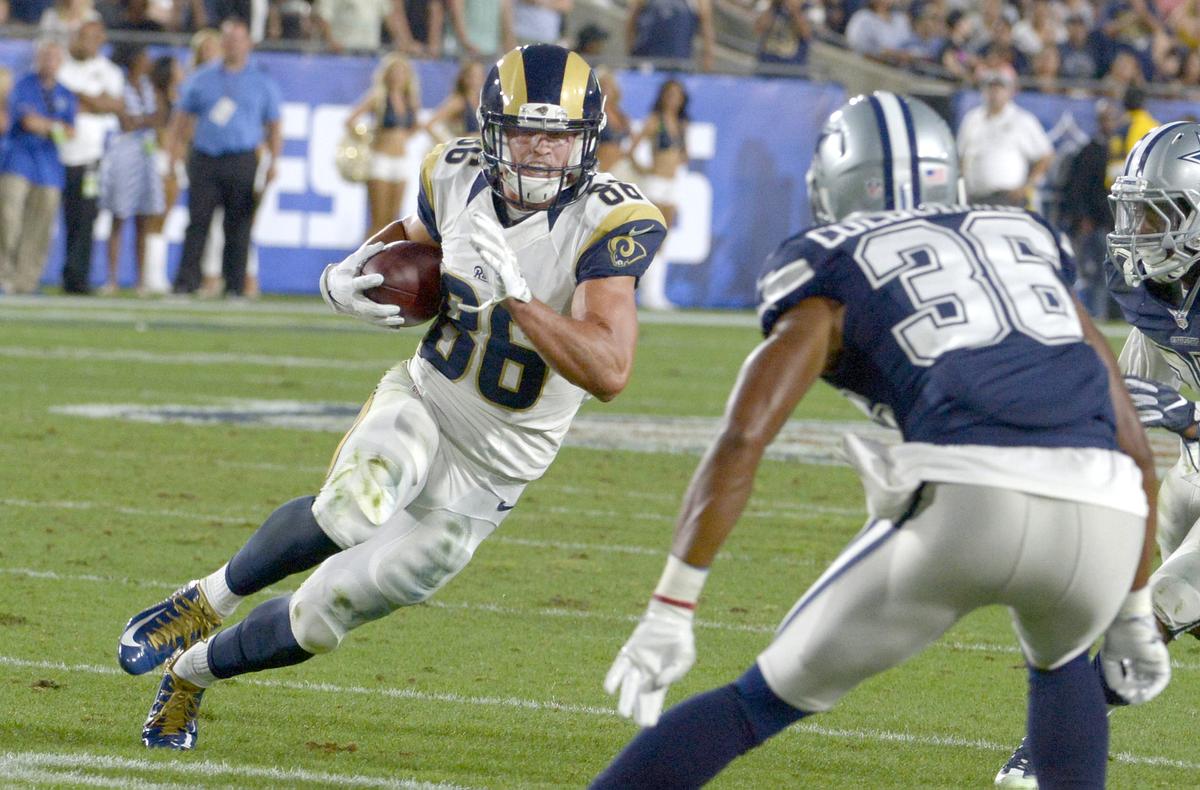 Bad news for the Rams faithful. The fan favorite Nelson Spruce has yet to practice and it looks as though he is leaning towards being an inactive for week one which I am sure is not what he wanted. If Spruce is indeed out that would leave the Rams with a receiving depth chart of Tavon Austin, Kenny Britt, Brian Quick, Bradley Marquez (a banged up one at that) and Mike Thomas. Marquez still doesn’t look fully healthy and if he ends up being inactive you are looking at four receivers active for Monday Night Football.

Would the Rams banged up receiving corps lead to a call up opportunity from the practice squad for Paul McRoberts? That is yet to be determined but it’s worth noting McRoberts is the lone WR on the practice squad as of right now. Mainly this is the scenario a player like Brian Quick needed to stick with the Rams and possibly the NFL. This is his last chance and if he starts as the number three receiver he needs to produce when they call his number.

Hopefully Spruce will be back in time for the Rams big rivalry game in the home opener against the Seattle Seahawks. They are are going to need all hands on deck for that game.