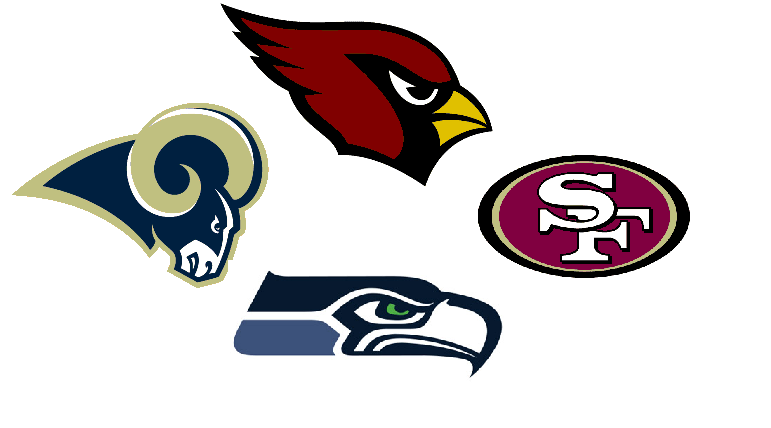 The NFC West is always a dog fight as it is arguably one of, if not the the best division in football. With the Seattle Seahawks and Arizona Cardinals at the top, it’s a difficult division to play in making in that much more difficult for an average team like the Rams to break through. Here are five reasons why the Rams won’t win the NFC West.

When you look at the top of the division with Russell Wison and Carson Palmer, those are two franchise quarterbacks. At the bottom you have Blaine Gabbert and Case Keenum, two below average quarterbacks.

In a quarterback oriented league, the position makes a world of a difference. Yes, the Rams swept the Seahawks last year, but thats not going to happen again. Even if Keenum doesn’t start, it will be a rookie in Jared Goff. This is one position the Rams are behind in right now.

Bruce Arians and Pete Carrol are two the best coaches not only in the NFC West, but the entire NFL. Both coaches have won ten or more games in each of the last three seasons.

Meanwhile, Jeff Fisher hasn’t won ten games since 2008 which was also the last time that Fisher made the playoffs.

3. The Rams are too Young

The Rams are once again the youngest team in the NFL, not that it is an excuse, but because of that, there are going to be growing pains. This is a team with young offensive weapons that will be trying to figure themselves out as a player. The Rams lost veteran pieces on defense in Chris Long and James Laurinaitis, and while those moves may have been the right ones, they’re missing presence will be felt early.

The Seahawks are 49ers both have big veteran presences and have “been there before”. Palmer, Fitzgerald, Patrick Peterson all give the Cardinals a good veteran presence while Russell Wilson, Earl Thomas, and Richard Sherman are all big veteran pieces in Seattle.

The Rams have a difficult schedule and its not just because of the opponents they play. Three of four of their first four games are on the road and then they still have New England at Foxboro, New Orleans in the Superdome, and then of course the Seattle at CenturyLink which is never easy.

Thats not to mention a game against the New York Giants in London and then of course the defending NFC champion Carolina Panthers in LA. The Rams will travel the most miles in 2016 which is never easy for any team.