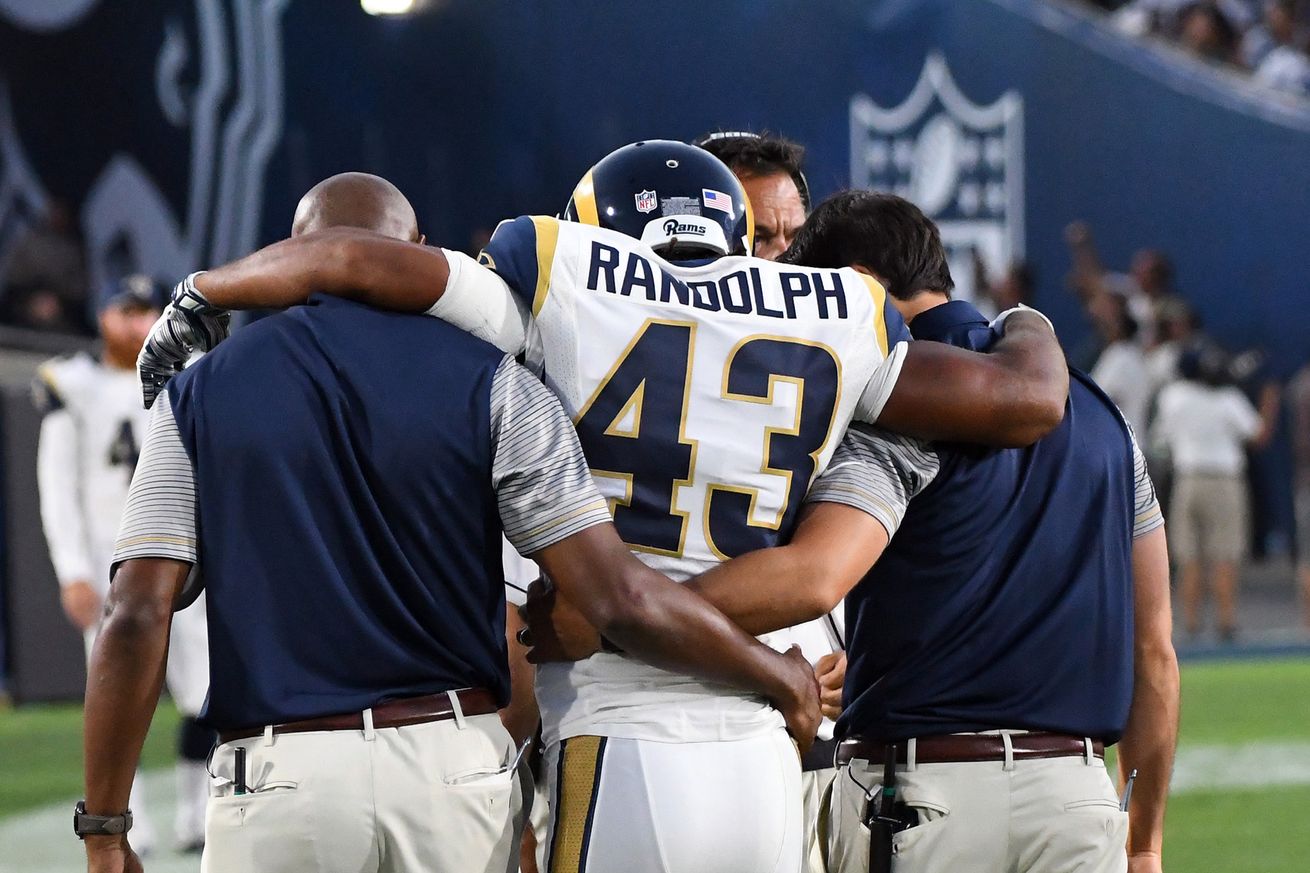 Hard Knocks came to a close last night and it while it was definitely fun to watch it left some hearts broken. This is not the end for everyone however. Here are three guys you can bet on to not only come back to the Rams in the offseason but also make the 53-man roster. 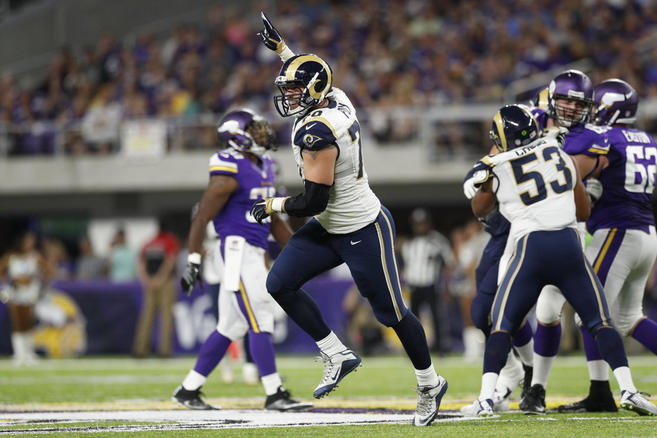 Morgan Fox came from Colorado State Pueblo as a no name given no chance to make the roster and he didn’t. However, Fox is on the Rams practice squad and he is looking as though he could do an impersonation of Rams young pass rusher Matt Longacre who was also considered a no-name. What do I mean by that? Longacre made the team this year but it wasn’t smooth sailing. Longacre impressed during preseason last year just like Fox did but he couldn’t fit on the 53-man roster. Fisher brought him on the practice squad. He worked really hard and towards the end of the year Longacre was signed onto the active roster. Longacre has not looked back since and he is in the driver seat to really receive some playing time and contribute for the best defensive line in all of football.

Fox now has to just keep working hard just like Longacre did. He is most likely going to do the same exact thing. Fox seems like a perfect replacement for Cam Thomas if the Rams don’t see fit with Thomas. This is not a league that guarantees anything. Thomas is on the roster today but that could change tomorrow and the Rams would have to look at bringing Fox onto the active roster. There is no doubt in my mind that Fox will be on the Rams offseason roster and finally make the cut next season. 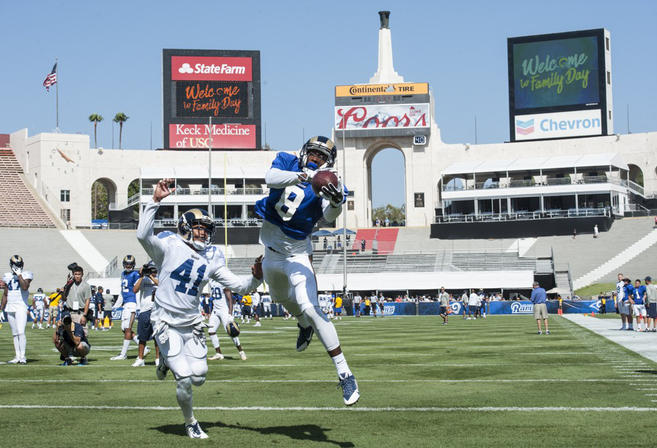 Another small-school WR who made an impact in preseason. Paul McRoberts we saw fumbling and hanging his head a bit in Hard Knocks. What did he do afterwards? We went out and caught a beautiful end zone fade by Sean Mannion. The Pass wasn’t exactly perfect but the the body control McRoberts showed and his ability to track and high point the ball to catch the touchdown was something else.

McRoberts finds himself on the practice squad. The question is how long before he gets signed to the active roster. This seems like Brian Quick’s last chance and if he is unimpressive, injuries start piling up and McRoberts continues to work hard and develop. He should end up being  on the active roster this season. The coaches clearly like him so with Kenny Britt and Quick’s expiring contracts, McRoberts should slide right into the WR group next season. I fully expect him to make the 53-man roster next season. 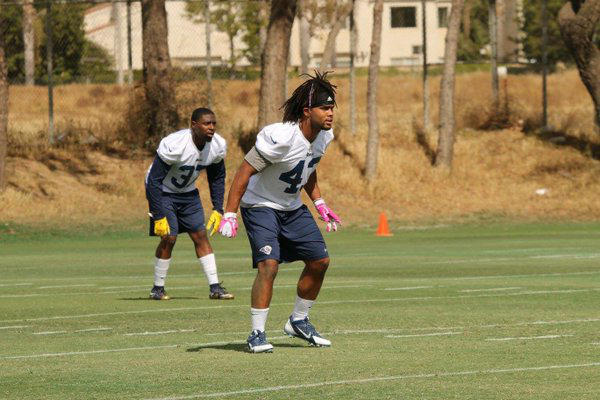 Last but not least it’s the man they called “Rhino” on Hard Knocks. Brian Randolph was in the thick of the Safety battle until he tore his ACL in his first ever NFL game. Unfortunately and fortunately he has torn his ACL before so he should be more ready than the next person to rehab that knee. There is not a doubt in my mind Randolph can start for the L.A. Rams at Free Safety down the line. I said that coming into the preseason and then the freak injury happened.

Sometimes things aren’t fair or they don’t make sense but, Randolph is on the Rams injured reserve list and will be able to come back and compete in camp next season when he returns fully healthy from the torn ACL. This is what someone might call a blessing in disguise. The Rams didn’t keep more than three Safeties on their active roster and didn’t even end up signing any of the camp Safeties to the practice squad. That should tell you something.

Look for Randy boy to be back next season in horns wearing the number 37 he wanted from the beginning. It’s going to be a minor setback for a major comeback. The former Tennesee Volunteer will be on the Rams 53-man roster next season. We wish him all the best in his recovery…

Have a different three than mine? Comment yours below!

OLB Akeem Ayers gets last laugh, signs with Colts over re-upping with Rams