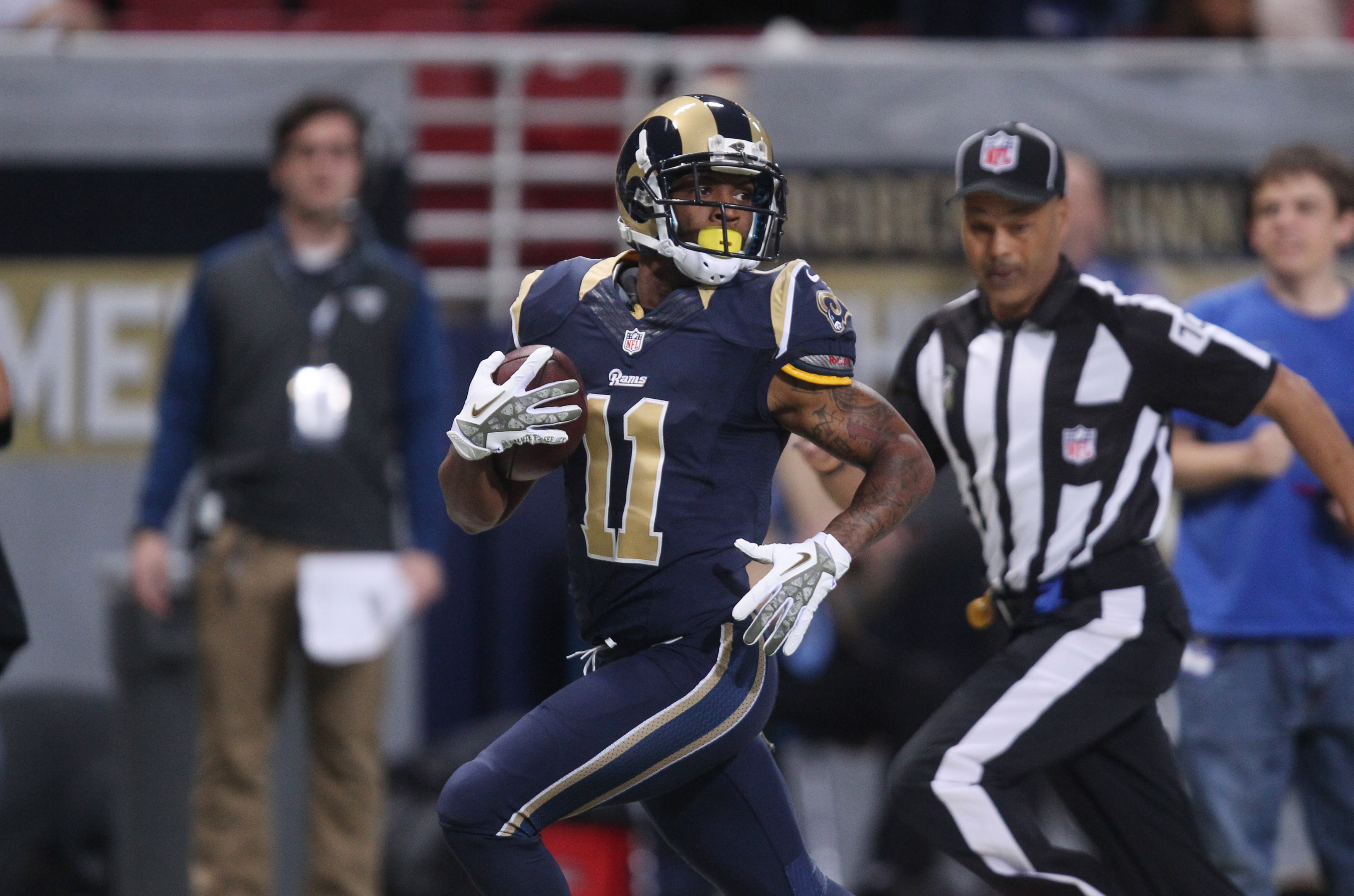 The actual football season is almost here and here at Downtown Rams we feel it’s time to start predicting how the season will go for these players. Let’s continue on in this series with the Rams receivers. Here is Tavon Austin.

Rams electrifying playmaker Tavon Austin is coming into a year where he will be heavily scrutinized off of seemingly everything he does. Why is that? He received a four-year contract extension and is now getting paid no.1 wide receiver money. Many are very aggravated in Austin’s lack of production at the WR position but can you really blame him when all the offensive coordinators have used him for are gadget plays.

Here is what we expect out of Austin this season.

Seems crazy to predict such an amazing year for Tavon Austin, doesn’t it? Well it’s not far-fetched an it’s not out of the question. Austin will be the lightning after the big thunder of Todd Gurley in the running game. Teams won’t have any idea what to do when the Rams continue to run the end-around with a two tight end set. That’s just the first part of the brutality of Austin in this year’s Ram offense.

The second part is receiving and it’s his biggest. Austin has been considered a bust as a pure receiver and that may be fair to say to this point. However, Austin hasn’t had coaching talent of Mike Groh (Rams WRs coach) to develop him as a pure receiving threat. Look for Austin to have a tremendous turnaround in the receiving department and become the Rams first WR to get to 1,000 yards since Torry Holt.

Lastly, Tavon is the best punt returner in the NFL you just haven’t been able to see it fully because of the special teams penalties that bring back his touchdowns. He will probably have many of those but he will still be a threat in the return game and take back two to the house. Austin is going to have a season to remember and will be just south of 2,000 total all-purpose yards and practically live in the end zone with 16 total touchdowns.