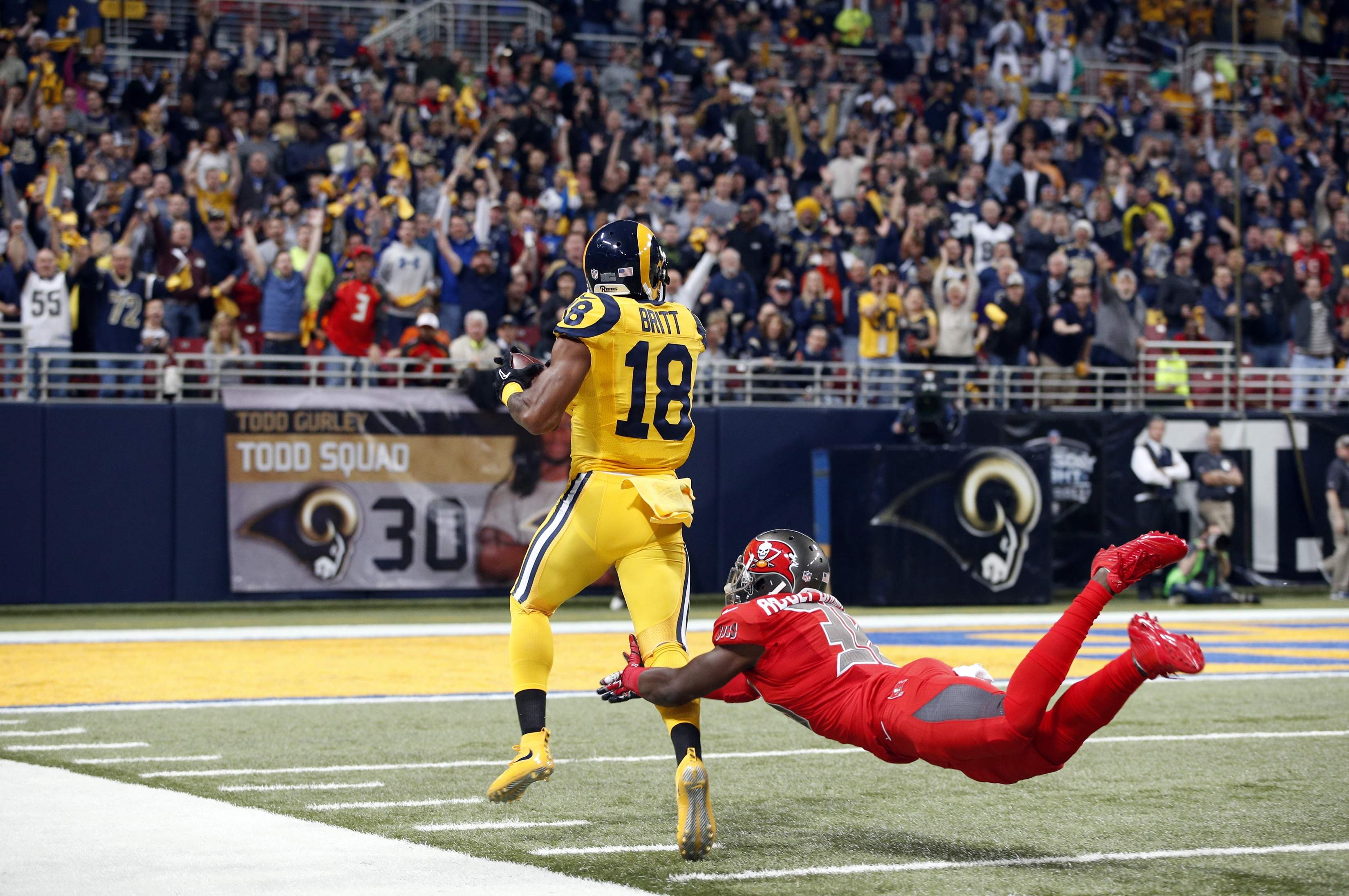 The actual football season is almost here and here at Downtown Rams we feel it’s time to start predicting how the season will go for these players. Let’s continue on in this series with the Rams receivers. Here is Kenny Britt.

Kenny Britt is a former first-round pick out of Rutgers who was drafted by current Rams Head coach Jeff Fisher back during his time with Tennessee Titans. Britt joined the Rams when his rookie contract expired and has been the team’s no.1 wideout ever since. The 27-year old receiver has netted 1,429 yards on 84 catches and six touchdowns for the Rams.

Case Keenum and Jared Goff no matter who throw the football this season are going to get a great year out Kenny Britt. Britt is much too talented to not hit or at least come within 10 yards of being the Rams first 1,000 yard receiver since Torry Holt back in 2007. Britt’s problem has been the quarterback inconsistency. He has had over 650 yards in back-to-back seasons but that just simply isn’t enough for a no.1 wideout and Britt knows that.

Expect Britt to still be the field stretching receiver he has been for the Rams since day one. He won’t quite average 18.9 yards per catch like last year but expect him to have a decent chunk of yard per catch still around 16.5. Britt also should have more touchdowns this season than he has had in his two years with the Rams.

The chemistry is there for Keenum and Britt to put together a good season as Keenum’s wife Kimberly unveiled to us in the last episode of Hard Knocks, Keenum worked out with Britt and Lance Kendricks the most during the offseason. That sure could bode well for those three and with Britt being the most experienced receiver on the team he should be the guy Keenum leans on in crunch time situations. This is after all a contract year for Britt so I expect a great year from the former Rutgers star.

Where Are They Now? The 2016 NFL Draft Class