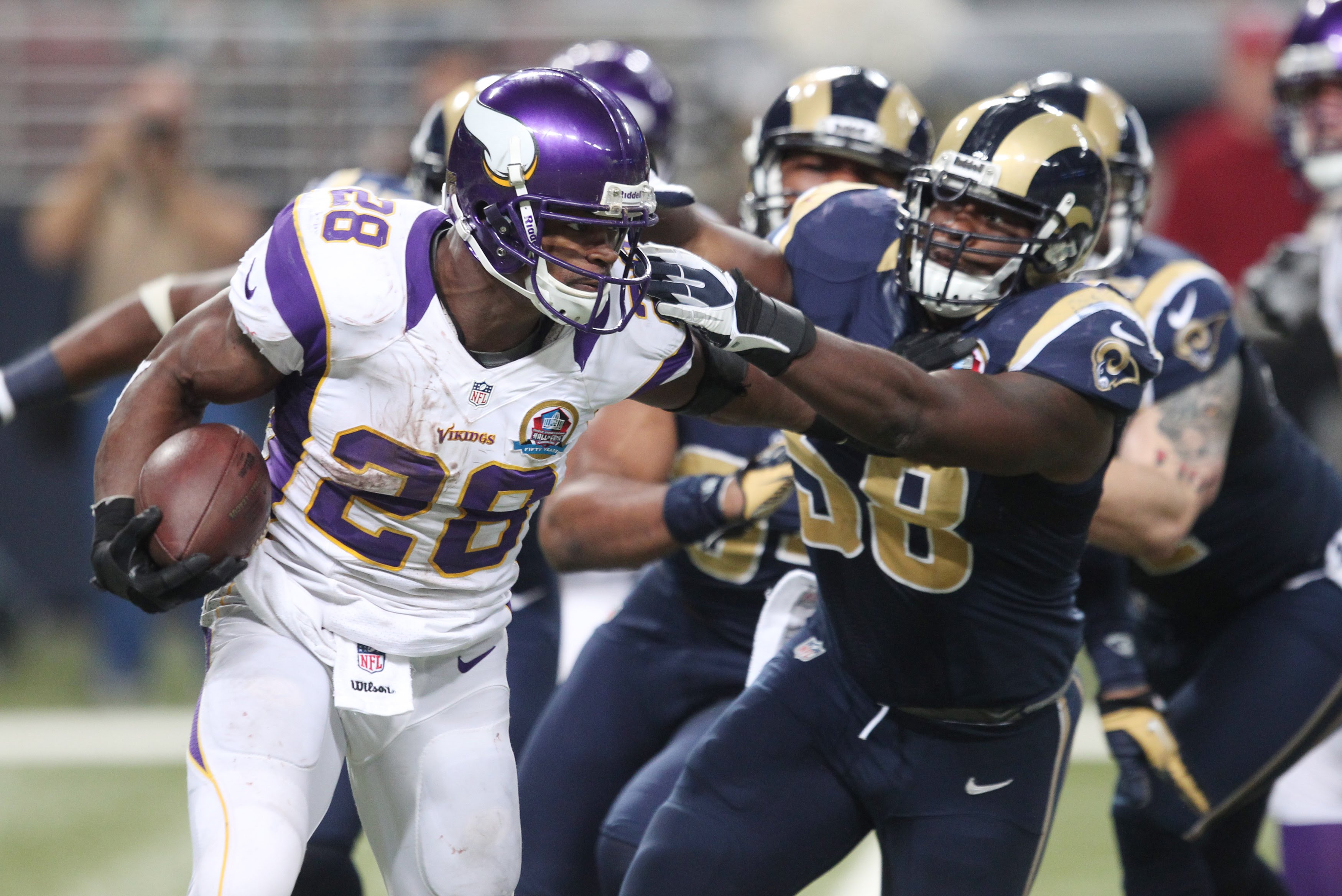 Tonight the Los Angeles Rams squared off against the Minnesota Vikings for week four of the preseason slate.  The game follows the season ending injury Vikings’ quarterback Teddy Bridgewater and also marked the first start for #1 pick Jared Goff as a Ram.

Rob Havenstein is Back

It was announced earlier this week that starting right tackle Rob Havenstein was being activated off the PUP list and could possibly get some preseason snaps.  Big Rob did in fact get on the field for two series and looked decent. The run plays that went to his side of the field ended up with large chunks and he did not allow much pressure on passing plays.  Overall it was just good to see Havenstein on the field after a long time off of it.

Green VS Reynolds VS Magee

This position battle only got more cloudy tonight as they all had a big run and decent catches.  I did not see any of the three contribute on special teams and that could be what sets them apart.  At this point I would personally keep the triplet, of Gurley, Cunningham, and Brown, and put Green on the practice squad.

Offense Finds a Groove and then Struggles…

The offense started rather quickly moving right down the field on their first possession ending with a TD to Kenny Britt from Goff, more on Britt later. After the first possession however it was mostly downhill from there.  After getting pressure on Goff, the Rams looked out of sync on offense and just couldn’t move the ball.  Most this was due to a lack of yards on first down and then a lack of anything on third down once again.  This looks to be a big thing this season and could be our downfall.

Goff started the game looking poised but after getting hit a few times got out of rhythm.  Due to his lack of protection Goff seemed to take a lot of hits which in turn lead to bad decisions such as a tipped pass and a botched shotgun snap both leading to turnovers.  Overall, if Goff can get protection he can play well but under fire he acts a lot like former Ram, Sam Bradford. This game showed once again that Goff is just not ready to assume the top QB spot just yet.

This one will be short as but one question for me is why Kenny Britt was playing in the fourth preseason game.  The same could be said for Rodger Saffold but Saffold was moving back to guard with the return of Havenstein. Britt looked to be in there to gain chemistry with Goff but this was an interesting way to do it.  Easily the number 2 receiver on the team.

Neither one of the drafted TEs made an impact during the game.  Yeah they would make a catch here and there but nothing like I was expecting from Higbee especially.  Hemingway did have a decent amount of yards but did it very late in the game against players that won’t be on rosters in about 48 hours.  Hemingway to the practice squad looks to be the most likely outcome with Higbee hopefully making a decent impact this season.

WRs Still Being Sorted Out

The WR group didn’t get anything figured out tonight as all of them I was looking for didn’t make any impact.  The only good plays made were by Mike Thomas who had a decent return on a kickoff after dropping one right before and had a few nice catches.  Quick continued his dropathon with the first pass Goff threw and should be his final game in a Rams uniform.  Duke Williams touched a short punt that became a turnover and once again didn’t receive any attention in the passing game.  This group may go into the season with Austin, Britt, Cooper, Marquez, and Spruce while a take your pick with the rest.  Very disappointed with this group and it could be very underwhelming this season.

Sean Mannion continued his good play against the Vikings despite the horrid receiving.  I know many are clamoring for a Mannion trade to try and get some picks out of him but remember this was against 3rd stringers. Although Fisher would never state it, Mannion might be the guy the coaching staff calls early in the season if there happens to be an injury to Keenum.

The best group of the night was by far the Rams DL.  Morgan Fox had two sacks and nearly had a third.  Westbrook had another sack for the preseason and not it becomes obvious why the Rams cut Coples this past week.  Not only did the line get sacks, they also had a number of big hits on the QB and multiple hurries that kept the defense on schedule early in the game.

The defense played well for most of the night but that can be attributed to the defensive line play.  The secondary played better than they have in recent weeks but none stood out except Maurice Alexander who laid the wood on a few early hits and Christian Bryant who made some plays.  The linebackers made the tackles they had too but none of them flashed either. The one part of the defense I was happy with was the redzone defense.  If not for the short fields the offense and special teams gave the defense, they played a solid yet unspectacular game.

Treadwell was a player many Rams fans wanted Fisher and Snead to take this past NFL Draft.  However, as we all know, we traded up to grab Goff.  Against our defense Treadwell under performed with multiple drops and only one catch.  Although not as big of a debate as which quarterback will end up better, time will tell if we should have stayed put and grabbed the Ole Miss product or not.

Four players who will earn their roster spot tonight