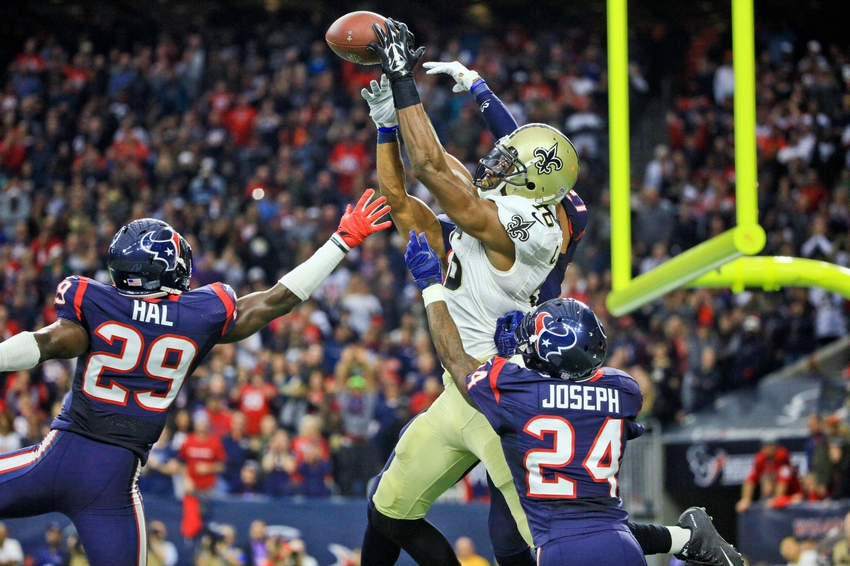 It’s that time again. . .Players are about to be released from their teams and join new teams which could help out. Sometimes a change of scenery is all it takes for a player to reach their potential. Here are 12 players that I believe could be handed their walking papers. If this is the case the Rams would need to take a look.

The Philadelphia Eagles were about to name their late round rookie JaCorey Shepherd the nickel corner. Well unfortunately the former Kansas star ended up colliding into teammate Darren Sproles in camp and he tore his ACL which would end his rookie season before it started. Now he is trying to come back and still hasn’t been able to suit up in preseason so with a different coaching staff and not the one that originally drafted him. This could be the end of Shepherd in an eagles uniform.

The Rams are in dire need of finding talent at the CB position whether they want to admit it or not. The 23-year-old corner has the talent to be in the nickel spot which the Rams could look to bolster if Joyner and company continues to struggle.

The former first-round pick is treading in deep water and it’s only a matter until he drowns. Milliner self proclaimed himself the best corner in the league and he has yet to show that he is a solid corner in the league yet. I think the Jets could end up cutting him. While you hear all the positive stuff in the world about Milliner in camp, you just don’t see it on the field and thats a problem.

Again, the Rams are in need of talent at the CB position. While Milliner has struggled again a change of scenery could help him and especially playing more zone which is what Gregg Williams’ defense does.

Interesting name here and I don’t expect many to recognize it. Marquess Wilson is a 6-foot-4 206 pound wide receiver. He has been trying to come back from a fractured foot injury but the problem is guys are impressing during his time on the shelf. So Wilson figures to be cut.

Mike Groh is used to coaching this guy, Wilson is only 23 years old and with the size he has and being familiar with Groh. Wilson could pay off in a big way. This move would really signal the end of Brian Quick if it came after the final roster was decided.

A veteran possession receiver who is going downhill and being less a part of the offense in Washington.

Garcon could come in and be the no. 2 wide receiver alongside Kenny Britt. I don’t think he’s a guaranteed cut nor do I think Garcon would be a game changer but at this point he would be useful for a Rams team that are lacking big play wide receivers who can actually be a weapon instead of a liability with unreliable hands.

Perhaps one of my favorite WRs just based off his size. I watched him at Rutgers he’s 6-foot-6 220 pounds. He was a projected third-round pick by Mel Kiper on draft night back in the 2014 NFL draft. He is only 24-years-old and with his size and the way he flashed potential last season he could be a red-zone specialist  if need be.

The Rams might be better off with trying Coleman out since none of the WRs vying for a spot have really done anything to stand out in game besides Nelson Spruce.

The Rams obviously have a need at safety and well Major Wright could be a solid option. If the Rams don’t want to go old and go with a 30 plus age player in Donte Whitner then maybe Wright would be the smart option. Wright is losing his job with a new coaching regime in Tampa Bay. He was brought into Tampa Bay by Lovie Smith who coached him in Chicago. Wright had his best years there but it’s been downhill since.

A change of scenery could do wonders for the 28-year-old and the Rams might have to give him a shot especially with the lack of players standing out in a good way at safety.

All I keep seeing on the German is that he has no chance at making the roster. Well that has been the word out of camp and in preseason. Well how about the Rams take a chance on him since he is only 22-years-old. He’s got an incredible size and speed combination at 6-foot-4 and 227 pounds he ran a 4.4 40 yard dash. The Rams have given players like Quick, Isaiah Pead and Lamarcus Joyner time during their extremely unproductive times. How about the Rams put Boehringer against the back-end of the roster?

We saw Wilcox in the Rams first preseason game. He apparently is battling to make the roster and could be cut. The Rams need safety help and could be getting a solid safety in Wilcox. The 25-year-old out of Georgia Southern stands at 6-feet and weighs 216 pounds. He hasn’t been an amazing player but he is young and could step in and already have experience playing in more games than guys in the running for the Rams free safety job who haven’t quite had that experience.

Is it crazy to sign the young safety Wilcox who has played more snaps and is younger than safety Cody Davis who is 27-years-old, the same age as Maurice Alexander and only one year older than Christian Bryant? Wilcox seems like an obvious move here if the Rams aren’t satisfied at the end of cuts.

Yes, I know I listed a quarterback when the Rams have three quarterbacks that should make the final roster. Here’s the deal Brett Hundley is losing his spot on the Packers this preseason and its being taken away by division 3 quarterback Joe Callahan. If Hundley is released the Rams might have to entertain bringing him in. Sometimes it’s not always about need in the NFL but rather than finding and filling out your roster with the best 53 players.

If the Rams made this move first off it would have to revolve around the Packers releasing the former UCLA QB. Secondly the Rams would have to decide to trade a quarterback which would most likely be former third-round pick Sean Mannion. In that aspect you would basically be admitting that you made the wrong pick in 2015. It sure will be interesting nonetheless if a player like Hundley is released. It seems to me Keenum and Goff are what the Rams are 100% fine with moving forward so we will see the status of Mannion.

What are your thoughts? Did I leave anyone out? Sound off below!