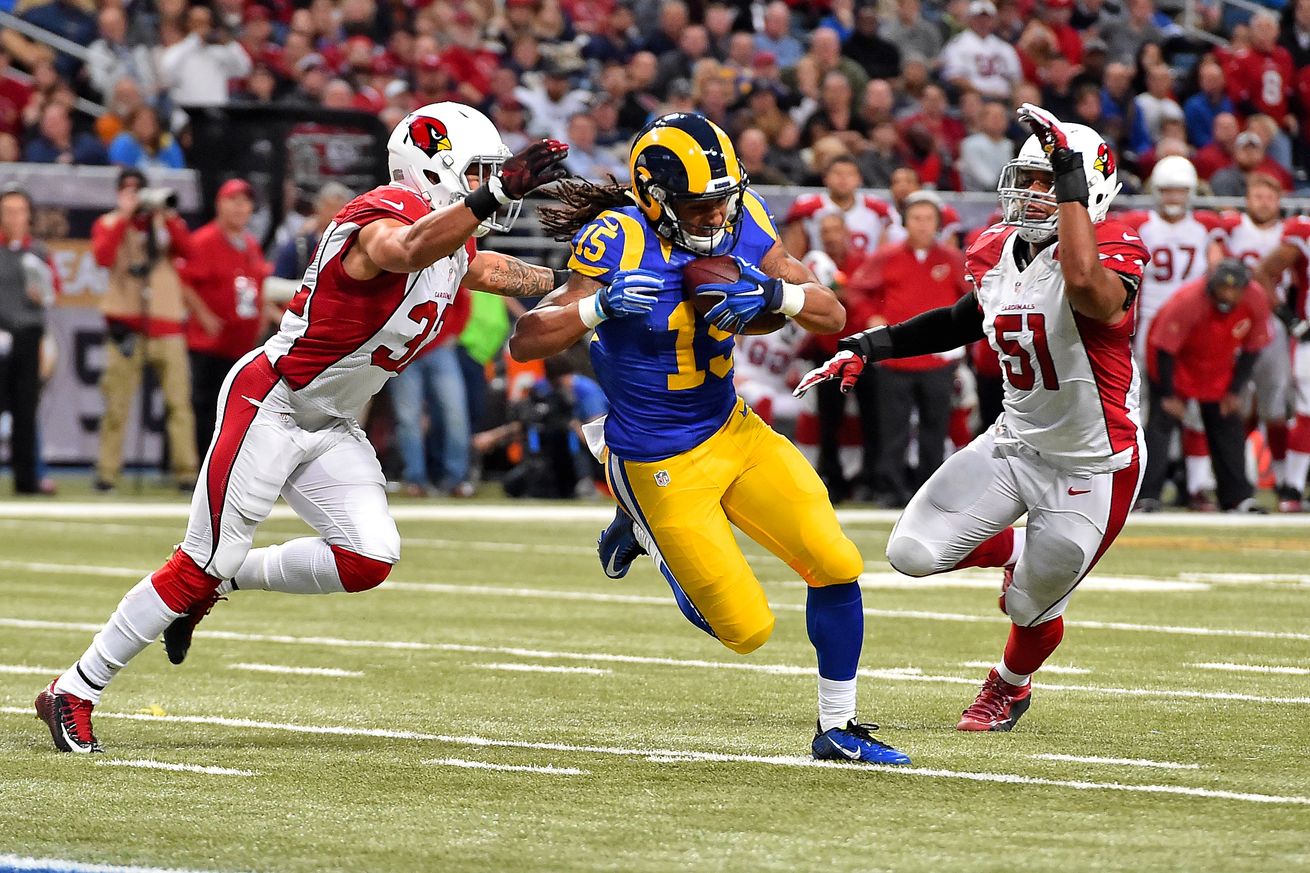 There was a scary moment in Saturday’s game when the Los Angeles Rams took on the Kansas City Chiefs. Later in the game, Rams wide receiver Bradley Marquez went down with what appeared to be a pretty serious ankle injury.
Marquez needed help getting off the field and was eventually carted back to the locker room. Fans have been expecting the worst ever since. According to the team’s insider, Myles Simmons, the wide receiver is fine and he could be back as soon as this week.
This is great news for Marquez who looked like he was going to be missing some serious time. Marquez has been a good special teams player and a good role player on offense.
Where this will affect things is in the wide receiver competition. The Rams will most likely keep six wide receivers and one of those spots will probably go to Marquez.
#BradleyMarquez #Rams #LARams #JeffFisher #MylesSimmons #RamsInjury
0 0 votes
Article Rating